Where does current go after flowing to earth?

I know similar question have been asked several times, but I didn't get exactly the answer I was looking for.

I actually want to ask something that perhaps can worded as a practical question, but I think it would not clearly represent the thing I wanted to ask, so I'm framing this as a hypothetical question. 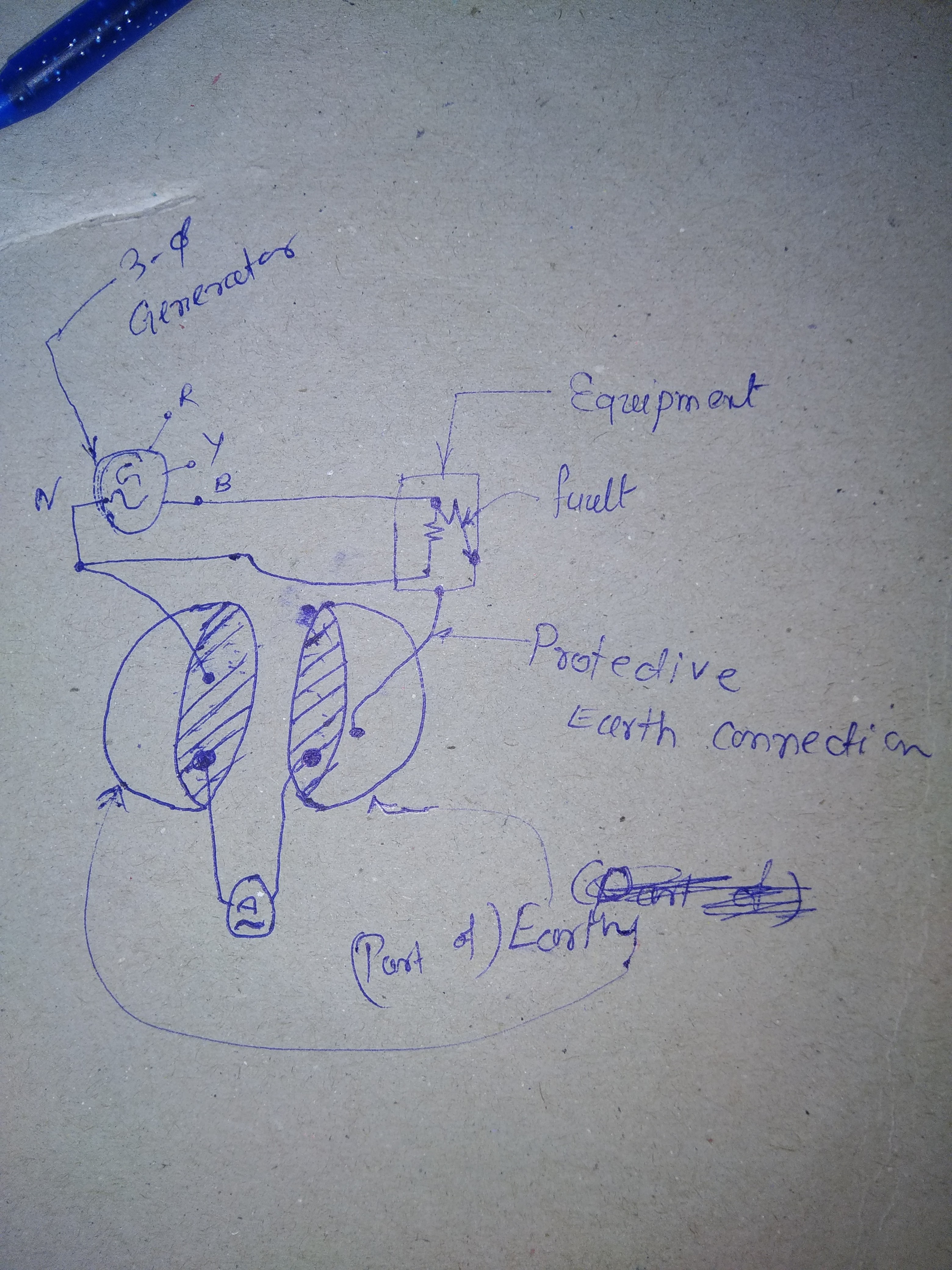 Assume earth has been cut into two pieces somehow (and for some reason, gravitational force is on vacation so 2 parts are hanging around as shown and are not moving), the one half has 3 phase generator with neutral earthed and it's one line and neutral are supplying a single phase load provided with adequate earth fault protection on other side.

Now suppose, I've connected an ammeter between 'earth' in two halves, and earth fault takes place on load causing current to flow to the earth, will my ammeter show some reading (to an astronaut I've recruited)?

If we assume zero capacitance between the two half earths, then it will show the full fault current.

Of course we don't need to suspend gravity and assume a Vogon with a large chainsaw to get isolated 'earth' regions. If you have a large mass of granite, or other impervious rock, separating the bit of soil you've driven an earthing conductor into from some other remote conductor, then you will be able to generate an appreciable voltage if you try to force a current from one to the other. Good earthing benefits from damp conditions down to the water table, dry rock is a lousy conductor.

0
Where do I connect earth wire?
7
How do I properly size components for an EMC filter for a variable frequency drive power supply?
14
Why an electrician wiring error could make a PC's USB shield be at 120V when it should be grounded
1
Virtual AC ground for AC power main
2
Why earth ground connection does not leak current?
2
Why the earth attracts charge and where does the charge go when it goes into ground?
1
Line to ground faults
1
Earthing (Grounding) neutral terminals in transformer and converter
1
Ground Earth Resistance explained in electrical system