Attiny85 crashes when I run a motor through an L293D

I'm trying to run a motor through an L293D turned on and off by an Attiny85. The Attiny85 has the micronucleus bootloader on it, which is why pin 3 is connected to a pull up resistor.

Basically, how do I get it to not crash when running a motor through it? 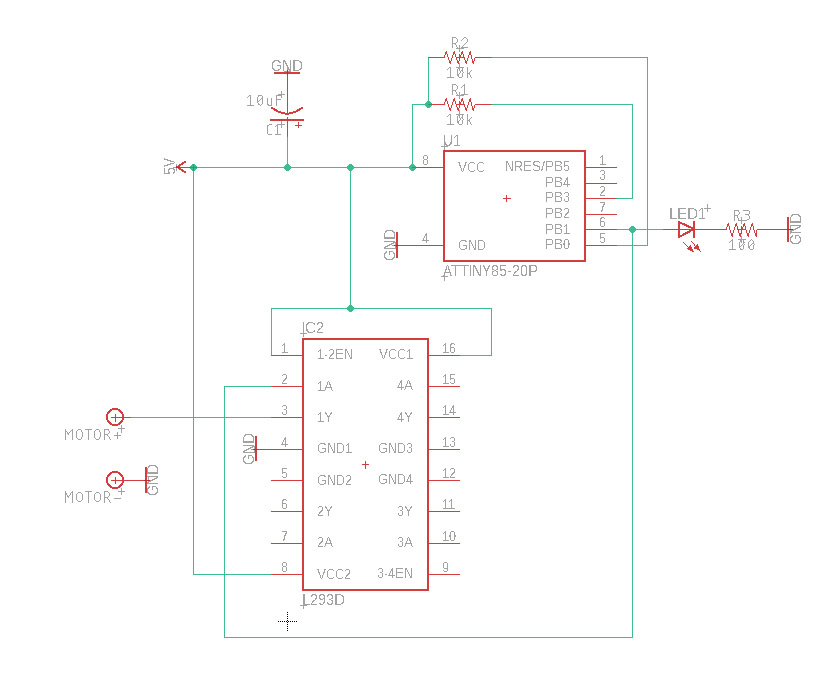 I also tried the following, putting the motor directly on the power supply, doing so prevents the Attiny from starting at all. 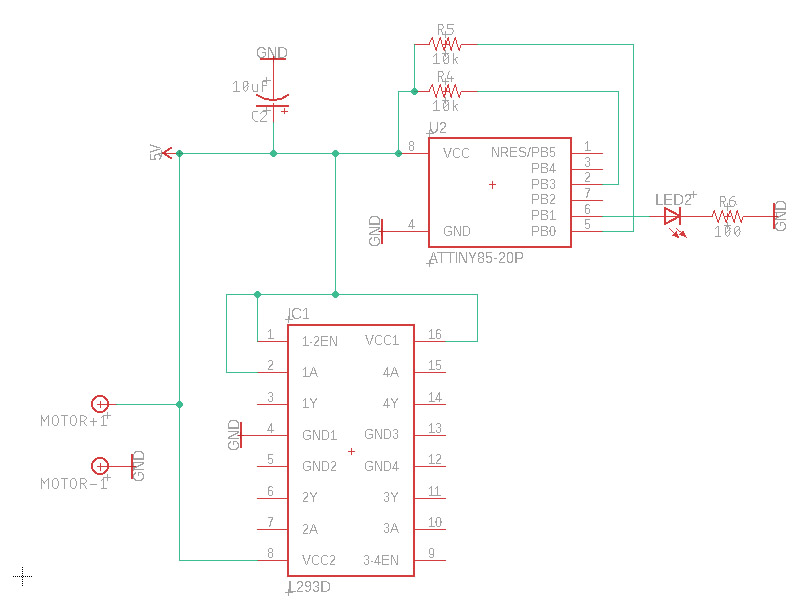 The reason I was using L293D is because I didn't have any viable diodes at hand while testing. The only ones I had were too big to put on my breadboard. Connected it through alligator clips for now, and made the following changes, and that seems to be working quite well for now: 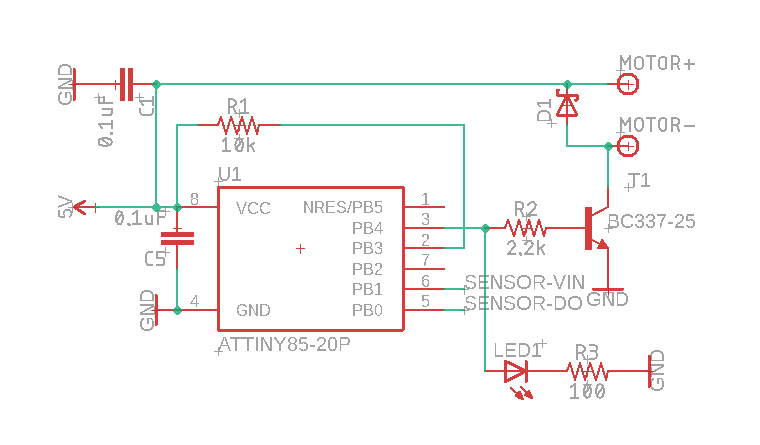 You have no decoupling capacitors.

You need decoupling capacitors because whenever the ICs switch they will try to draw a surge of current. The power supply can't respond fast enough and even if it does, the current surge will produce a voltage drop through the parasitic inductance of the wires and traces. Either scenario will cause a brownout.

The rule of thumb is to place 0.1uF ceramic capacitors across every pair of power pins as close to the IC as possible.

Not the answer you're looking for? Browse other questions tagged arduino power-supply motor attiny85 l293d or ask your own question.

1
Have I missed something when connecting this stepper motor?
4
PIC pins change state when DC motor connected
1
Relay not switching correctly, controlled from ATtiny85, output to motor
2
How to prevent DC motor from dropping voltage of supply when switching on
0
ESP8266 controlling RC car. Voltage drop, ESP shuts down when I increase motor speed
0
Questions regarding voltage divider for micro controller sensing
1
PWM to analog voltage conversion for communication between two microcontrollers