I have several HC-SR04 modules which I wish to modify. There are two modifications in particular I want to ask about

First, I am going to use two modules in parallel to determine location as opposed to distance. I’ve seen a project where two modules are connected in parallel and triggered together. The distances returned are then used to triangulate a position. In the article, one transmitter was disabled by attaching foam in front on one transmitter.

I was able to find the article to which I’m referring. http://forums.parallax.com/discussion/134899/triangulation-with-a-ping-array

I want to totally remove the transducer. I plan on testing whether the module without the transmitter can still detect the ping from the second module.

If not, what passive components could be used in place of the removed transducer? I’ve searched for an answer but have been unsuccessful in identifying a solution.

Secondly, I’d like to mount the second transmitter away from the module. I’d like to have the two receivers mounted about 3” apart and the transmitter to be centered between the two. This implies that the receiver will be extended by at most 1.5” from the module. Can I just wire the transducer with shirt extension wires? Should the extension be shielded? What wire gauge be used (are thinner or thicker wires better)? 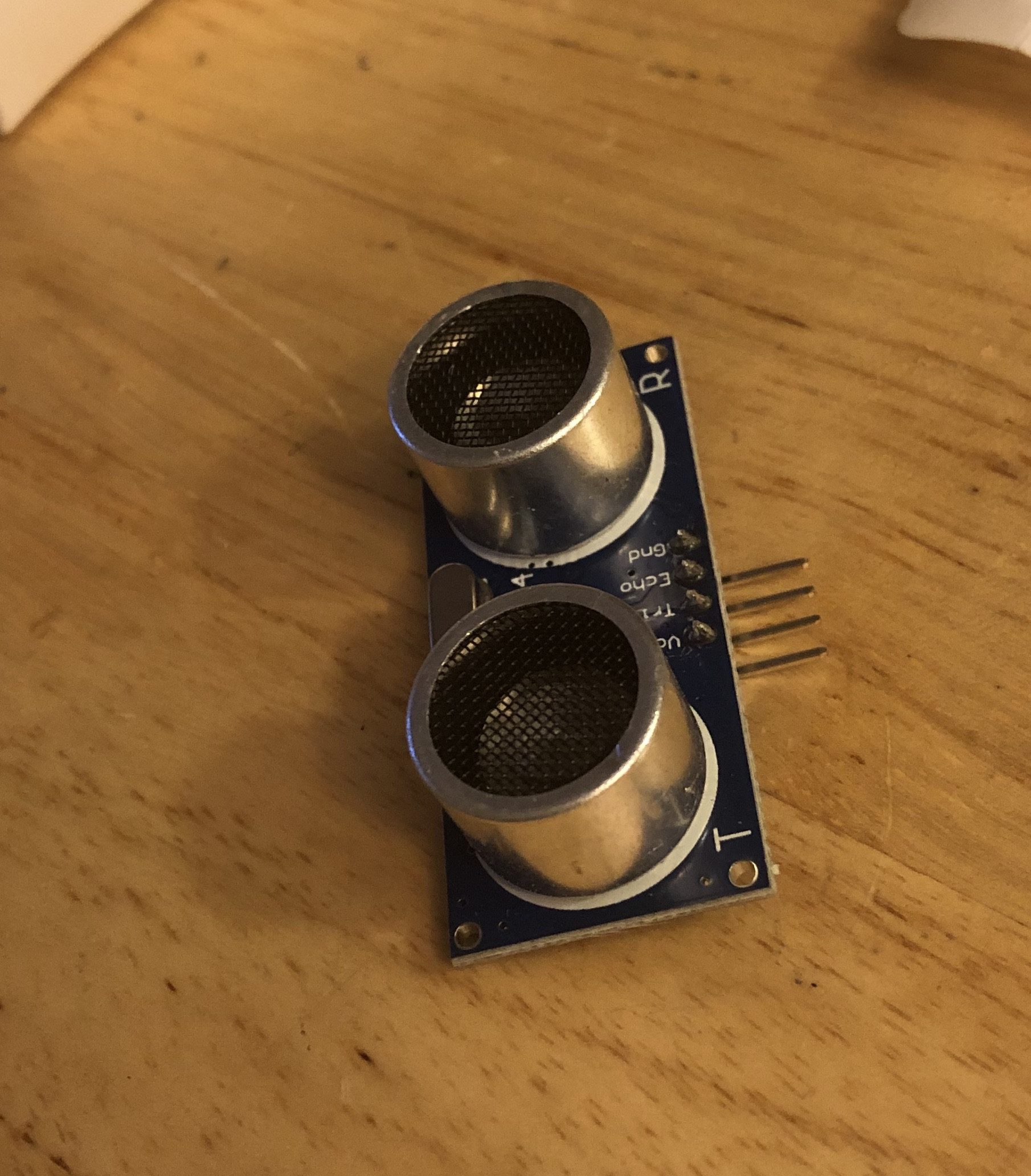 what passive components could be used in place of the removed transducer?

The dominant equivalent component is a capacitor. The value varies from transducer to transducer. A measurement of one example was 1.3 nanofarads.
Since the circuit is unknown, it is impossible to say if a transducer should be replaced with an electrical equivalent...no replacement part would likely cause no damage. Try it.

Can I just wire the transducer with short extension wires? Should the extension be shielded?

Yes, some inches extension should be OK. Shielded wires would be OK, but simply twisting those two insulated wires together should do just as well. Electrically, pulse timing is affected an extremely small amount by an extension, but acoustical pulses do change to a far, far greater degree. You can safely ignore the electrical effect of an extension provided it is not too far.

Not the answer you're looking for? Browse other questions tagged transducer hc-sr04 or ask your own question.