I'm trying to reverse-engineer Mechatrolink-II front-end circuitry. Its physical layer is simple RS485 (with isolation transformer) running at ~10Mbps. Here is the schematic I obtained from the PCB of a Mechatrolink-II-compliant device. 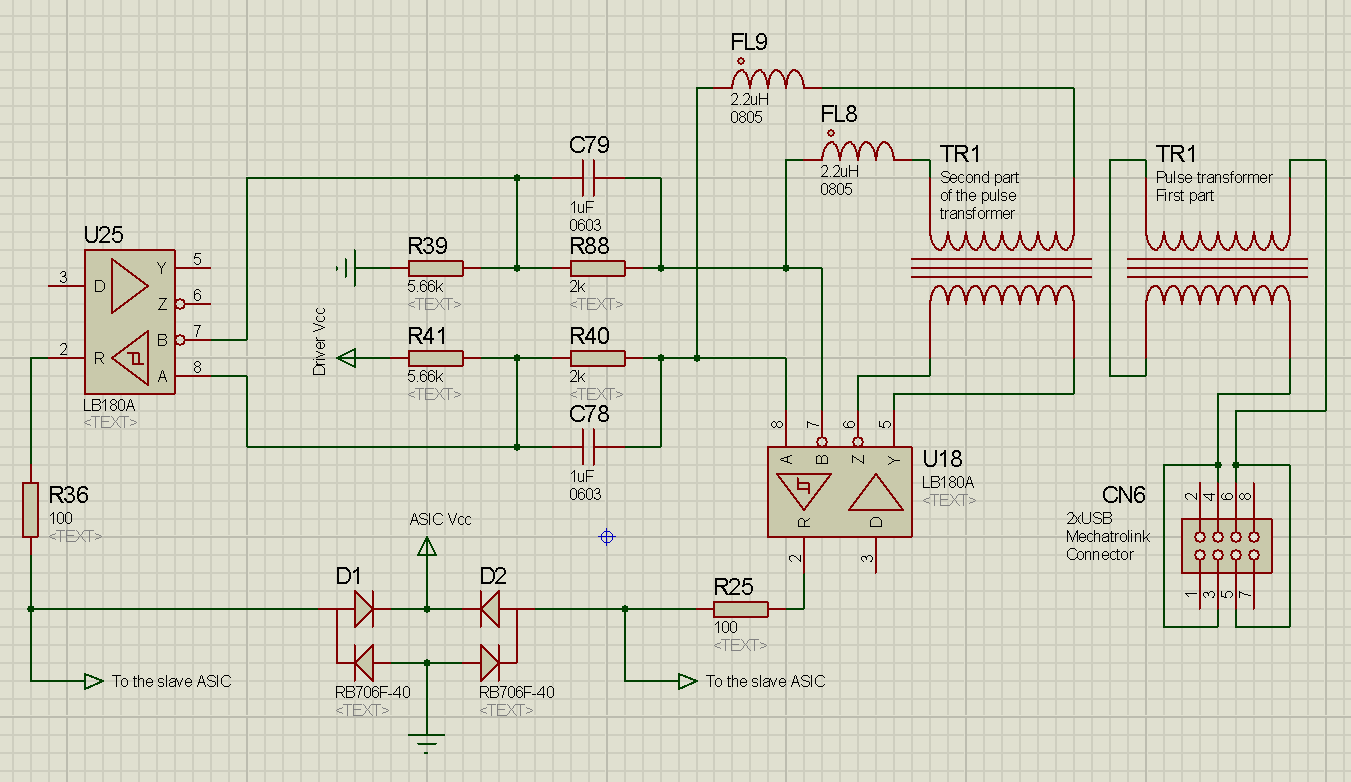 And I have two questions about it.

Proteus does not have exact models I needed, so two transformer models (TR1s) actually represent a single "Mechatrolink-exclusive pulse transformer" (http://products.mechatrolink.org/en/product/detail/id=170), in other words, their cores are not separate.

I can't quite understand the purpose of all that RLC-stuff going on after the transformer. If there was only one IC, I would I've thought it's there to correct transformer imperfections (overshoot etc). I've simulated the behavior of the circuit, assuming that the transformer replicates incoming signal good and outputs almost square (<10nS rise/fall time) 100nS pulses (which, as far as I understand, it should, if chosen right).

Here are 3 possible scenarios (scaling Proteus screenshots is always a pain, open them in full size). Upper-left plot is the pulse source, below are U18's A and B, on the right side are U25's A and B, color is consistent. 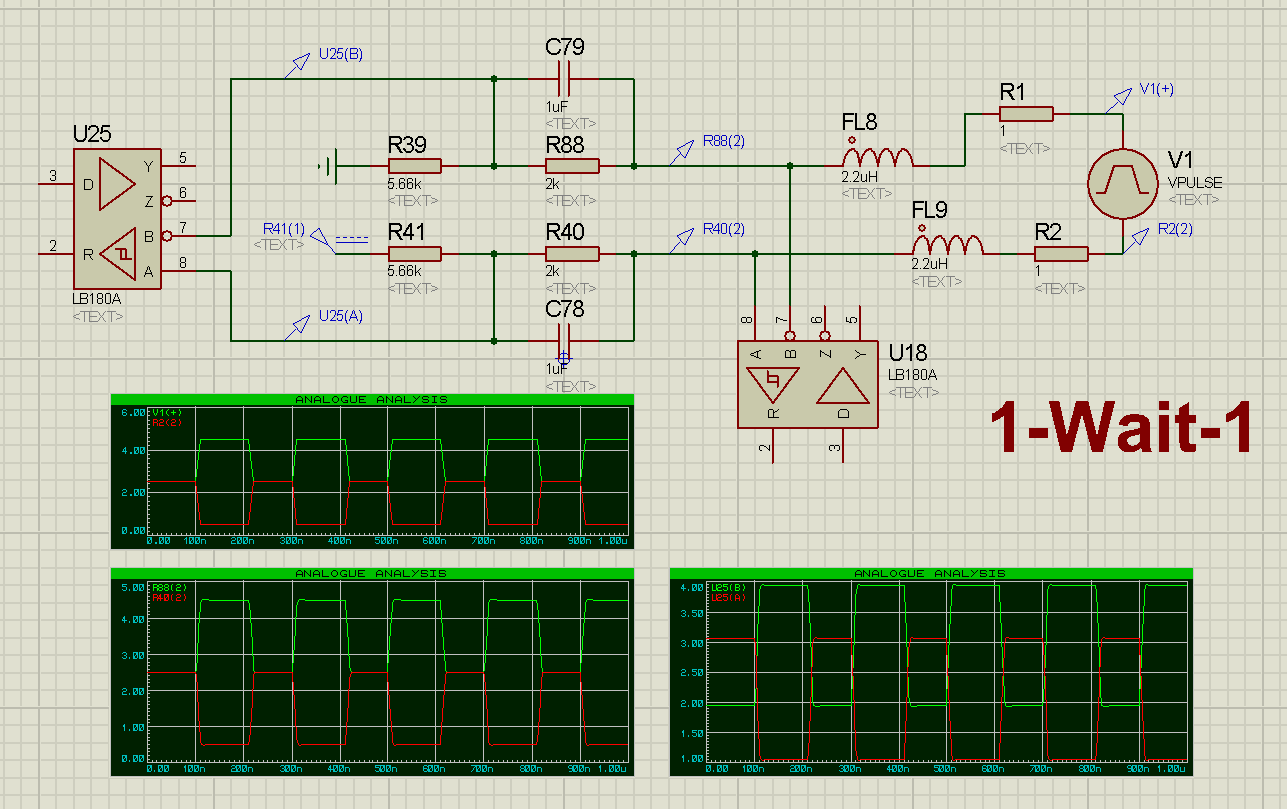 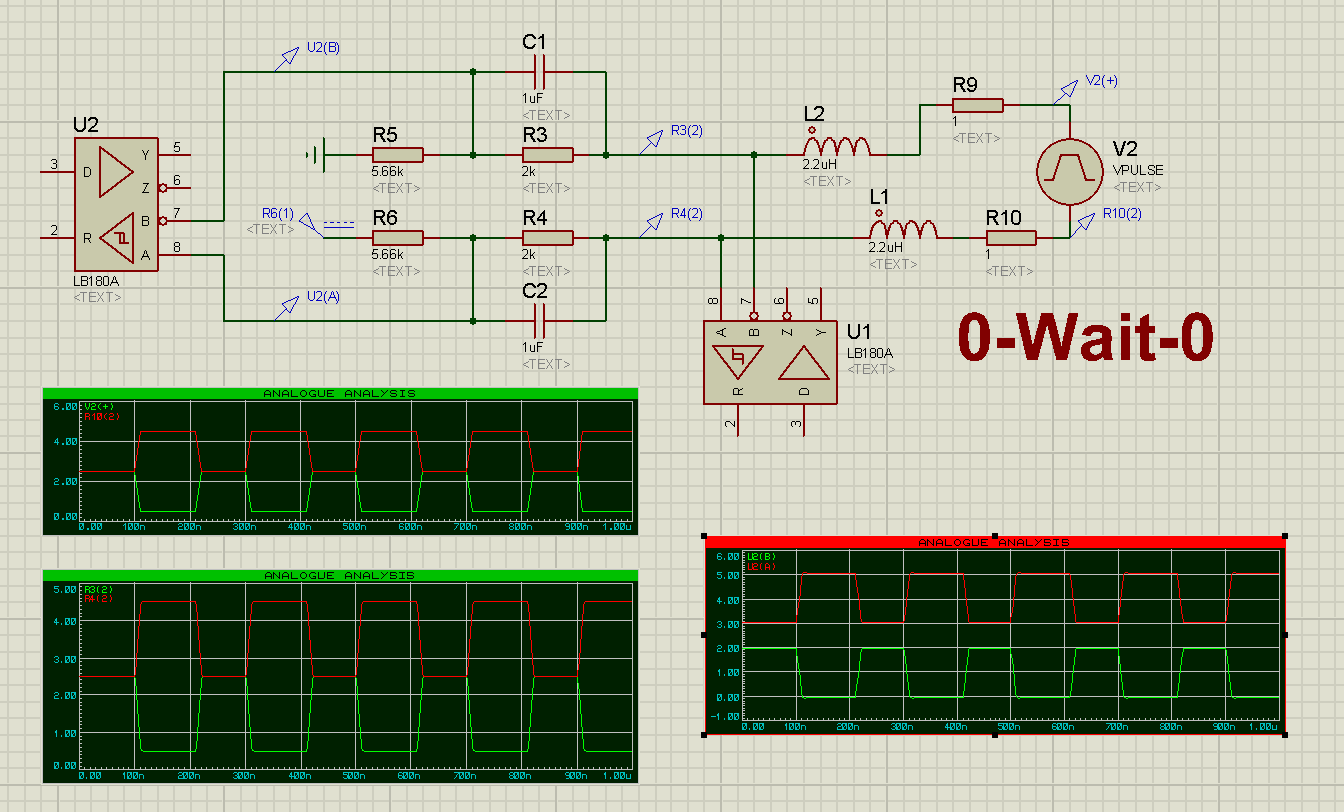 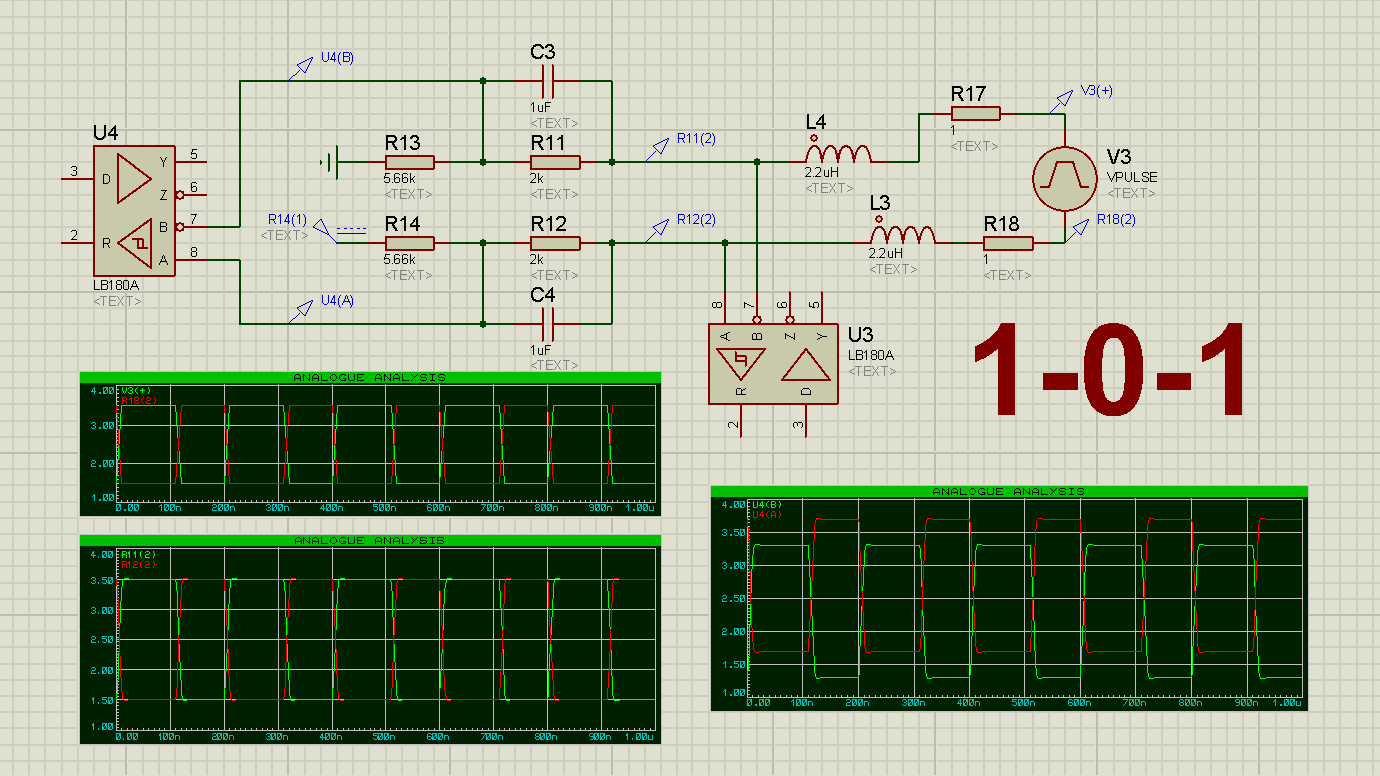 two receivers: my guess is since mechatrolink ii comes in two flavours - 4Mbps and 10MBps, they are probably just doing some filtering in one of the receiving paths.

funny, i also spent some time reverse engineering it about a year ago and then suspended the project. just yesterday decided to revisit it.. back then i captured some dumps from the bus without any isolation, just plugged it directly into rs485 receiver. it worked, but there were some noise when a drive turns on...

Well, I guess I've found most of the answers myself.

Not the answer you're looking for? Browse other questions tagged transformer isolation rs485 reverse-engineering serial-bus or ask your own question.

17
What happens if I connect a transformer in reverse?
2
Connecting two center-tap transformers for isolation transformer
3
Ethernet - 3000V Isolation
0
How to find Polarity and Start End point of transformer?
7
How do they get good primary-secondary isolation on concentric windings?
0
How do I figure out the windings of a transformer
0
reverse engineering the Nord Lead 4 control board
4
Why my Toroid Isolation Transformer has 112.3v to soil
5
RS-485 Stub Connection Best Practices