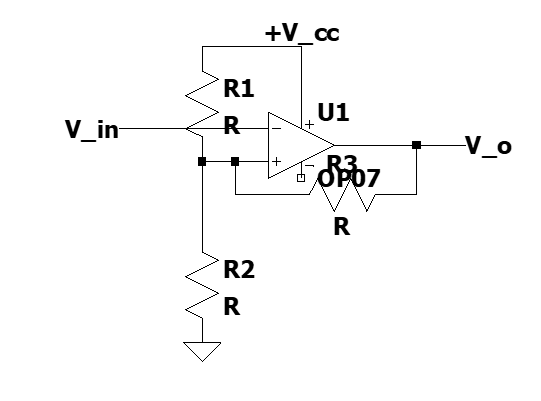 I've built this circuit on my breadboard. But, \$V_{in}\$ doesn't seem to turn D1 (LED) on. The series resistor R4 is of \$2k \Omega \$. Considering the forward voltage of a LED to be around \$2.2-3V\$, and \$V_{in}\$ as a square wave with \$1k Hz\$ frequency and \$0-7\$ pk-pk voltage, the LED should've turned on. What am I possibly doing wrong here? I've tried to scour for online articles regarding Schmitt trigger with noise sensor inputs, but haven't found anything. Can someone help me with this sensor circuit?

NOTE: The LED is required to shine light on the phototransistor's surface in order to activate it, so that the variable voltage obtained at its emitter is proportional to the intensity of light incident on it.

Yes, there are many 2-wire phototransistors with unconnected base. In SPICE, you might provide a base current that is remotely-proportional to the current in a LED.
A current-controlled current source (F) is useful to provide this remote current transfer. In this schematic, V1 is a dummy voltage source of zero-volts. Current flowing through this source is transferred to F1 via a simple linear factor of 1e-3. This current flows into transistor base, simulating photocurrent. Transistor current gain boosts this via \$H_{fe}\$...in this case, about 150 times. A LED current of 14mA provides about 4.1 mA emitter current in Q1.
This would correspond to a photo-coupler current transfer ratio of about 0.3.
The parameters of F1 can be changed by right-clicking 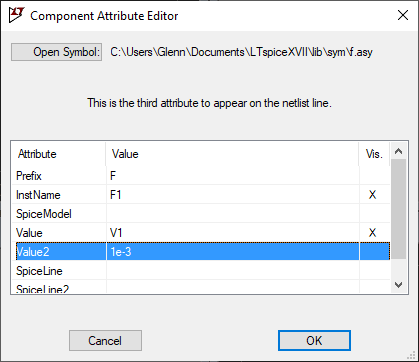 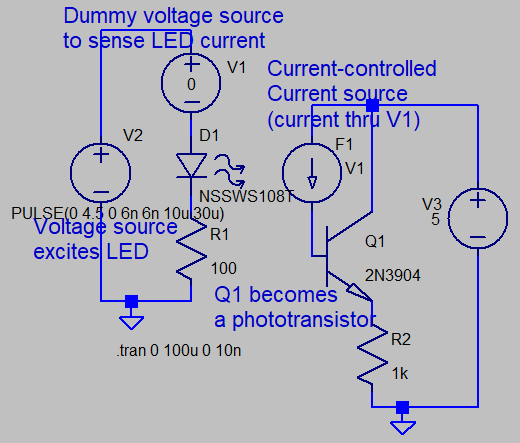 You need a high impedance current source for the hysteresis to work with impedance ratios, so use common emitter, collector out to Vin- with a Cap to filter out the noise above 1kHz.

The problems are from lack of stated assumptions and expectations.

Vin is a square-wave with 0-7V peak to peak voltage 1kHz, some phototransistor and an OP07 with the challenge to reject unspecified "noise"

What I would have given, would be datasheets of parts to choose from and a better Rail to Rail CMOS Op Amp or a CMOS Schmitt trigger with 33% hysteresis.

Photodiodes (PD) do not have this tolerance problem and have a CTR of >0.2 min and are very reliable , but you need a higher impedance out of the collector to amplify the voltage. Speed is not an issue here.
3. Since saturated Voh, Vol vary with the OP07 the positive feedback ratios or thresholds also vary. Sometimes they are asymmetrical. A CMOS Schmitt trigger is rail-to-rail like CMOS output OpAmps which work far better but no way to vary of %H.

You can either use emitter output for lower impedance or collector out for a nonlinear on/off or current pump. But the hysteresis needs to be independent of the PT signal non-linear impedance variations or you may get discrepancies.

When you start testing with a triangle instead of a square wave you get to adjust the input current to see the output duty cycle and thus effective CTR. It's harder to balance but easier to fix.

Let's see what I got. There's a dozen ways to do this. This is just one or two.

Not the answer you're looking for? Browse other questions tagged noise phototransistor schmitt-trigger photosensor or ask your own question.