I have just been started on a research project which involves finding ways to speed up the solution time of the power-flow problem which is basically calculating voltages at each of the buses of a given power system.

I have a few data-sets like the standard IEEE power-flow test cases.

However, these bus-systems are still very small. Is there any database like the standard IEEE power-flow test cases mentioned above, but with a large number of buses. Large being on the order of 1000 to 10000 buses, or even larger.

If also there is some standard algorithm for generating a "fake" power system with an arbitrary number of buses, or standard technique to join say several IEEE 300 bus systems to make a larger network, that would also be helpful.

There are models of the Polish power system included in the program Matpower. It is free for download, but you need Matlab to run the program. However, the data files are available as separate files in the standard IEEE-format, when you download the package.

Matpower is basically a bunch of Matlab-files created for load flow studies.

For radial distribution feeders, there is another repository, REDS, dedicated to solve the following problem.

The power systems community is lacking a common suite of realistic test cases for power distribution systems research. Many published papers are still reporting results for very small test cases (such as the 30-bus or 33-bus radial systems).

There is one case with 10476 buses. Furthermore, another two repositories are mentioned at bottom of that website, UW Power System Test Case Archive and United Kingdom Generic Distribution System (UKGDS).

As Stewie pointed out, you have the option of Matpower.

I have done the research on transmission grid and I have the full data. But unfortunately non disclosure agreement prevents me from sharing it.

I would suggest you to check with the local TSO/ DSO under whom you are doing the research! That way you will have data compliant with PSSE and Power factory to carry out the Load flow studies on large power system with upto 100000 buses!

Study the iterative solution methods that we use, such as the Gauss-Seidel or Newton-Raphson. PowerWorld is a great program to create real models and then you can export your Y-bus and Jacobian Matrix values if you want to try to work on testing different calculation models.

You could try to improve upon the "initial guess" for the iterative solutions if you wanted to just reduce the time of the methods listed above. 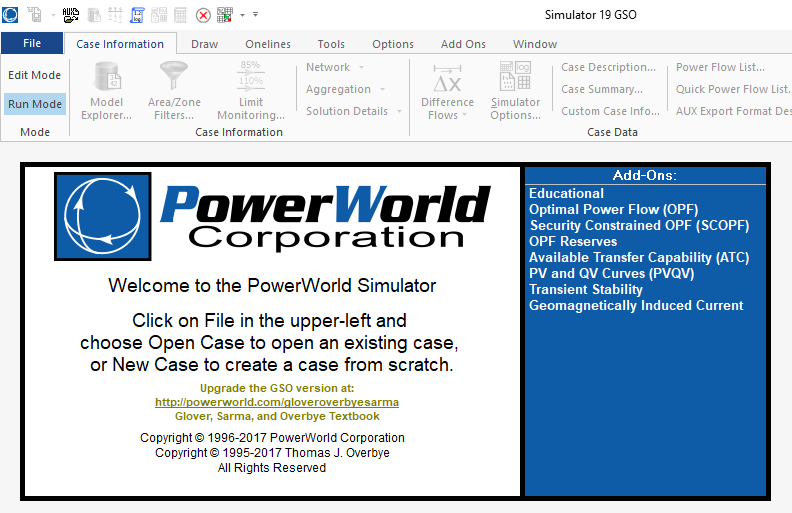 If I recall correctly, inside the textbook there is a page in the introduction text for the free download of this program.

Not the answer you're looking for? Browse other questions tagged power-flow-analysis or ask your own question.