I would like to create a dummy load for this so-called "Deacy Amp": 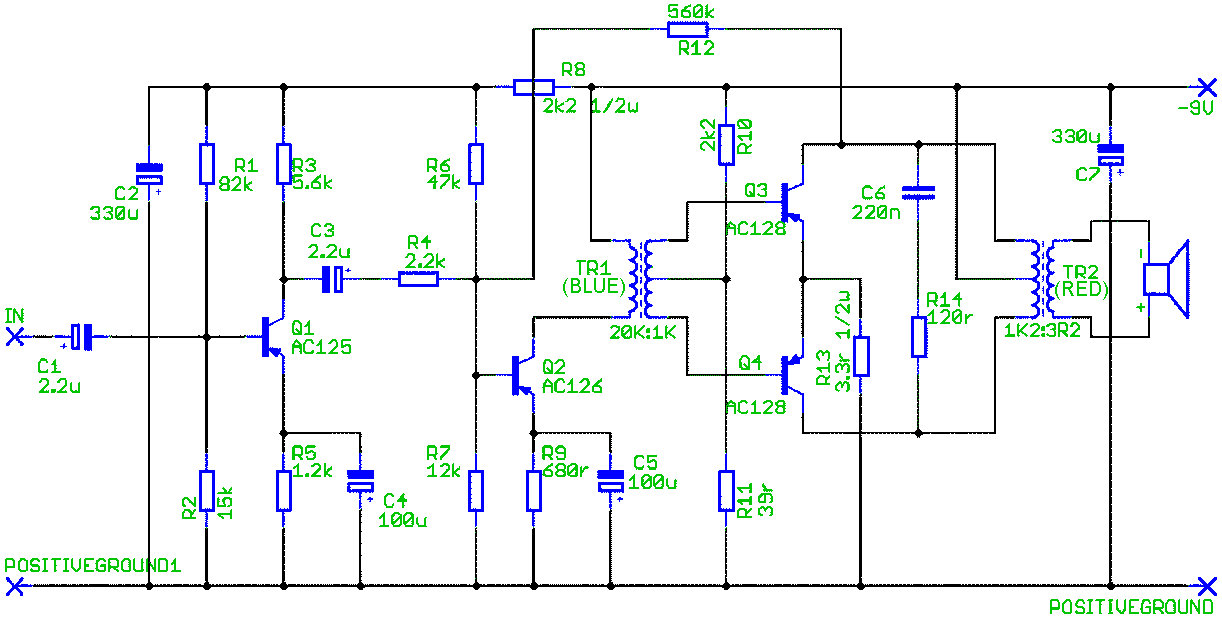 This is a low power germanium transistor / transformer driven push-pull amplifier for driving a small 4 ohm or 3.2 ohm speaker. After playing around with this circuit for a day it seems it is sensitive to the load. So my question is, what is the best way to load this amp in a way that will yield a complex frequency response. Ideally I would like to see a lot of middle frequency with notches and dips and peaks and so on.

I don't care if the load makes a little noise so enclosing a small 4 ohm speaker in a sound-resistant box is fine.

Another idea, that may be wildly misguided, is to take two 8 ohm speakers wired in parallel and mount them face-to-face possibly right against each other. How would this affect the frequency response of the amp's output? Would it increase the load or cancel it or magnify the complexity or have no effect or what? What if I used two slightly different speakers?

Another idea is to use these "tactile transducers" which are effectively voice coils without the cones:

I could attach these to plates of different sizes and weights sandwiched together with foam spacers to dampen the sound. The impedance of each plate would increase at it's resonant frequency and allow me to create a wide variety of frequency responses.

For starters, if your amp is sensitive to the load then any load that is different from the "actual load" will not give you the results you want. While an actual speaker (in the actual enclosure) will provide a complex load, any other speaker in any other enclosure will provide a different complex load. In essence, the graph of impedance vs. frequency will be different for the two loads-- in some cases significantly different. All of the notches and peaks in the graph will be at different places.

If your amp is sensitive to the load, then placing a significantly different load on it from the actual load will be no more valid than using a simple resistor load.

You should ask yourself if an amp should be sensitive to the load. Most people (including myself) would say that it should not be. But there are some niche applications where some other attribute is more important than audio clarity-- like low power or intentional distortion.

One important reason to not have an amp sensitive to the load is that the load will change over time. Speakers age. Components age. Sometimes speakers get damaged and replaced. If your amp is dependent on the speaker then it will not be guaranteed to work over time.

If you choose to use the final load, but you don't want to be blasting out noise all of the time then put the speaker (plus enclosure) into a sound-isolating chamber. The bigger the chamber the better, but it should be at least 5x the volume of the speaker enclosure. A "cheap" way would be to buy a used refrigerator and line the inside with rigid fiberglass panels. A used fridge can cost as little as US$150, or much less if it is broken.

Not the answer you're looking for? Browse other questions tagged audio transformer impedance speakers load or ask your own question.

14
How are speakers matched with audio amplifiers? (avoiding overloading either)
4
Which speaker is better for an application based on it's datasheet
2
Increasing resistance on speakers
4
Calculating impedance in a two-way speaker crossover
0
Crossover for vintage 16ohm horn paired with 4ohm woofer
4
Relation between the impedance of speaker and amplitude of sin wave?
1
Can you reduce audio noise by decreasing input impedance with a resistive load?