I recently saw an article with a LED cube 8x8x8. I saw that it relies on an optical phenomenon called persistence of vision (POV).

So I wanted to create a simple circuit with 4 lines each one with one LED, that will light up with a frequency that will give the illusion that they light up all the time. (I know how to light up 4 LEDs but I want it simple now to catch the point)

Can someone help me and tell me what parts should I need to create this? I have an Atmega 16L microcontroller. Can I complete this without any other chip? Can I achieve this also with 555 and flip flops?

Sorry if I cant be understandable.

I want a simple circuit like the one in the below picture that will light up each strip for a certain time.This time must be sort enough to see a constant lighting.

The black box is whatever parts it will need because I dont know them. 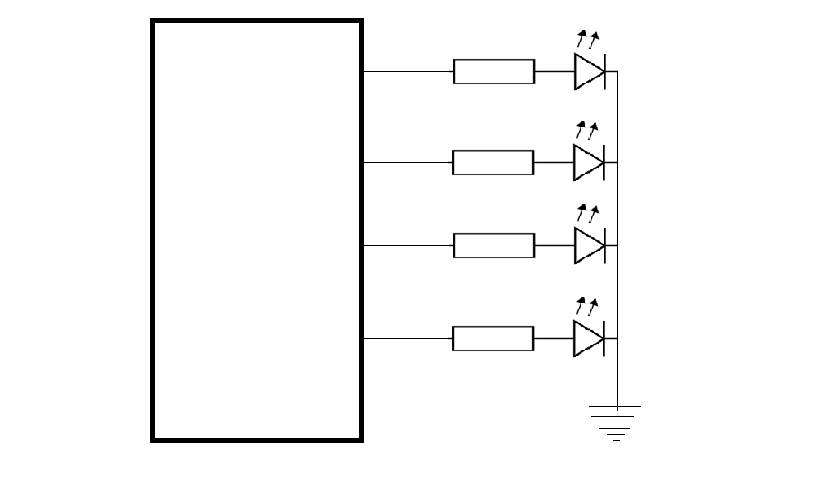 Yes, you can do a POV application with your ATmega16L and a bunch of LEDs and resistors and some clever programming.

The simplest POV application I've seen and that I have incidentally built is an Arduino shield called Blinkenlight.

This particular board has a set of 20 inline LEDs that you can program to display the POV effect. You can then achieve the POV effect by waving it around in the dark. So, it's mechanical and human powered (yes, your arm will get tired after playing with it for a while). 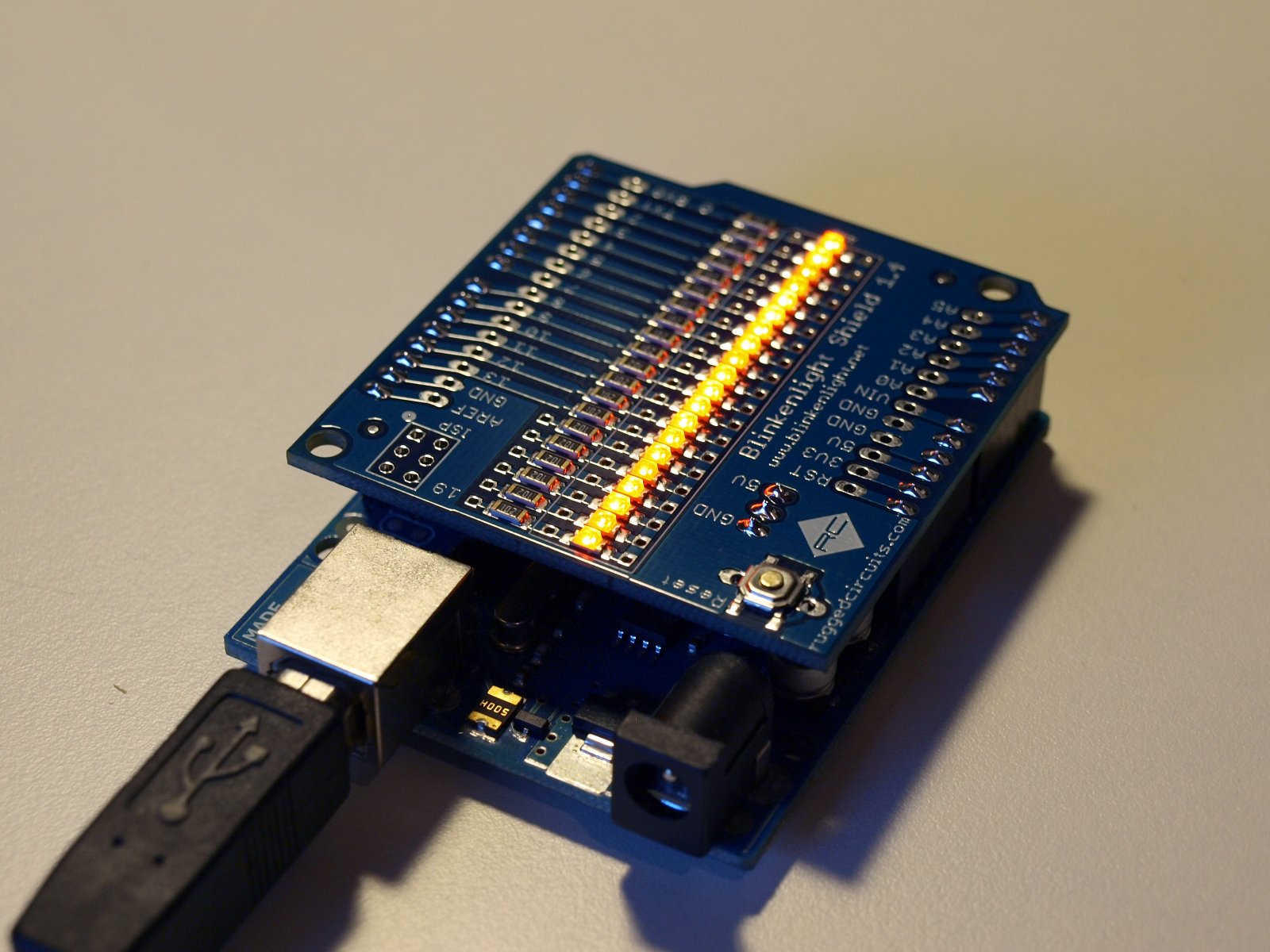 It's based on Arduino Uno and related boards, but you can easily build your own standalone version and even modify it to use your ATmega16L.

Here's a few pictures of the POV effect in action: 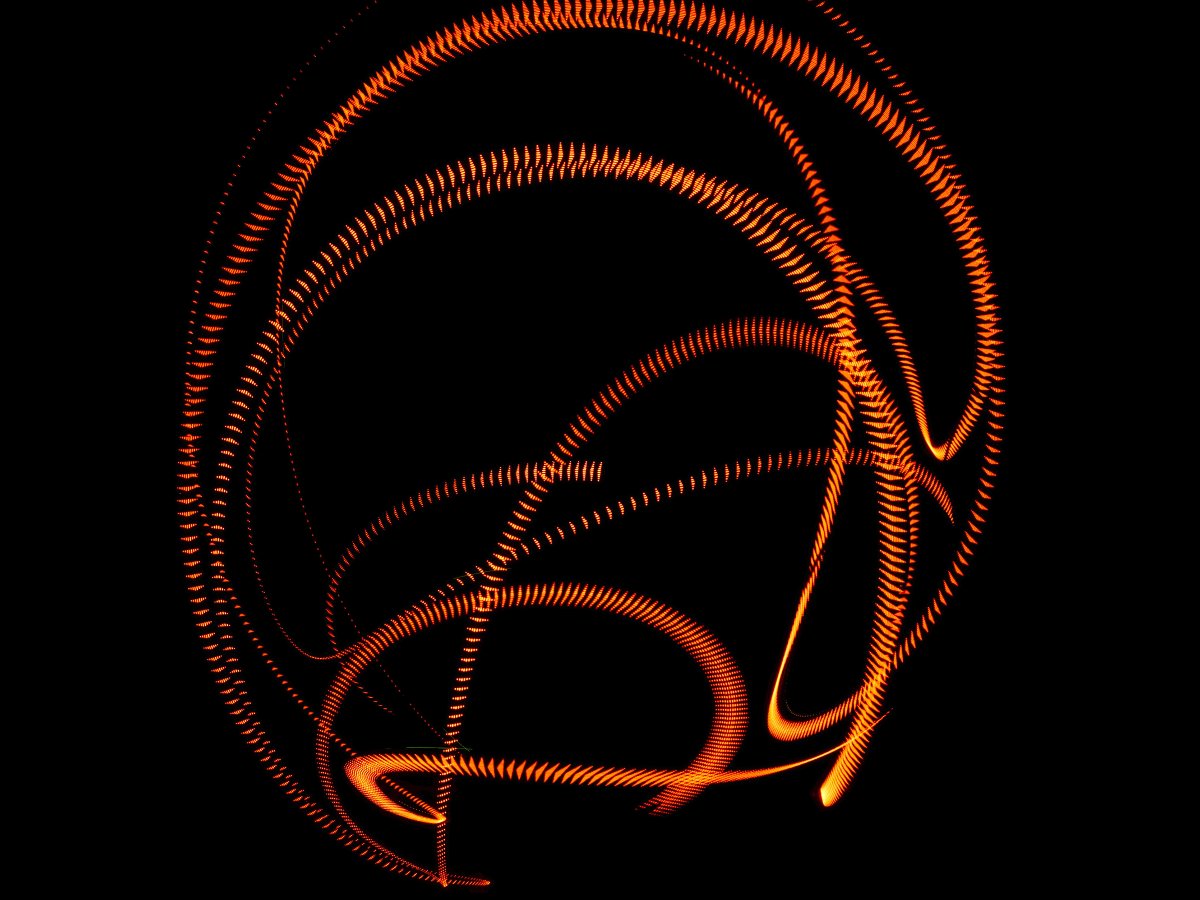 The idea behind the circuit is quite simple, you just have to wire a LED and its corresponding series current limiting resistor to every digital output pins you have available (as in the schematic below). The rest is programming. 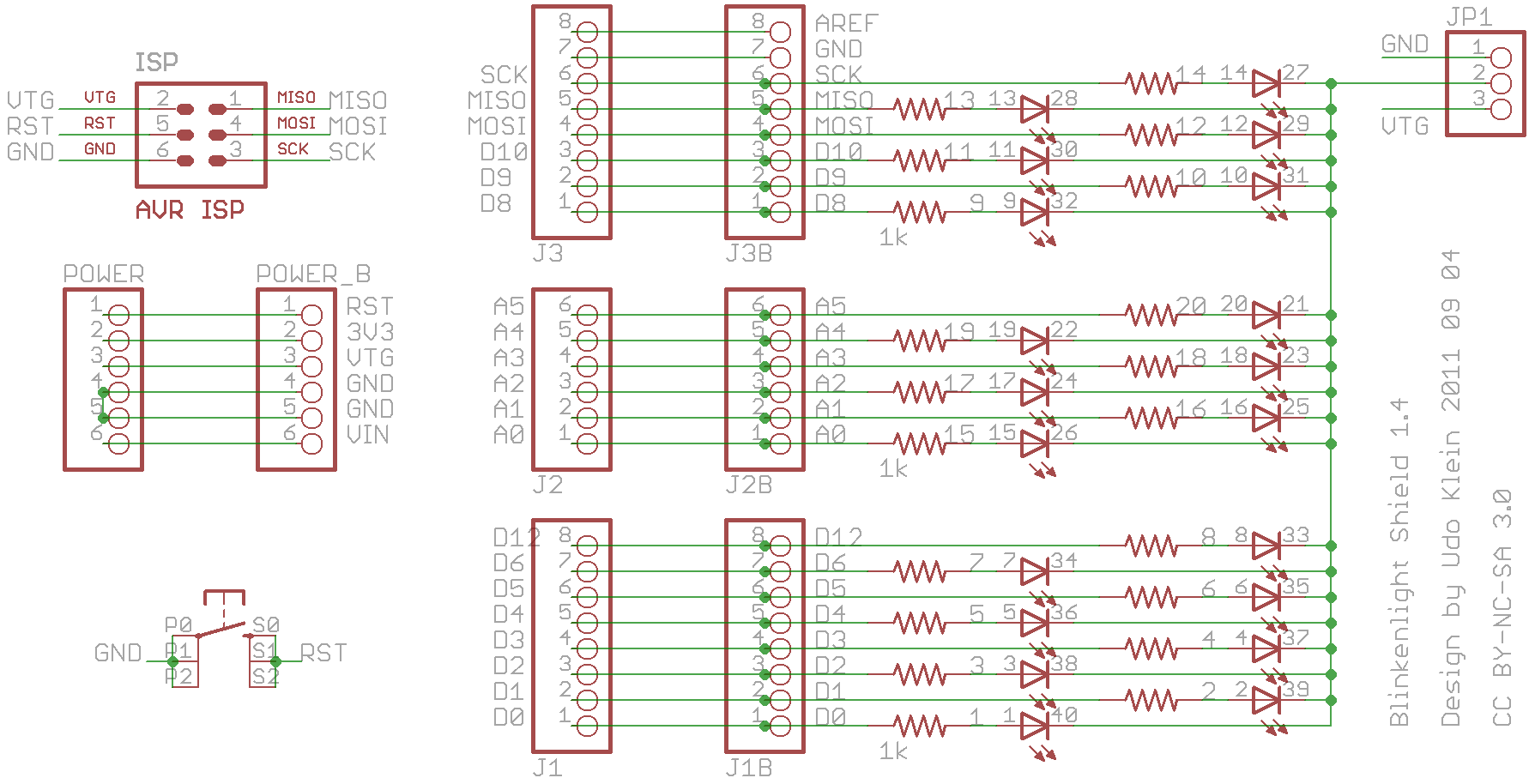 The board can do a few other tricks as well, such as The Night Rider effect and more.

As asked for, here's one way to do it in hardware: 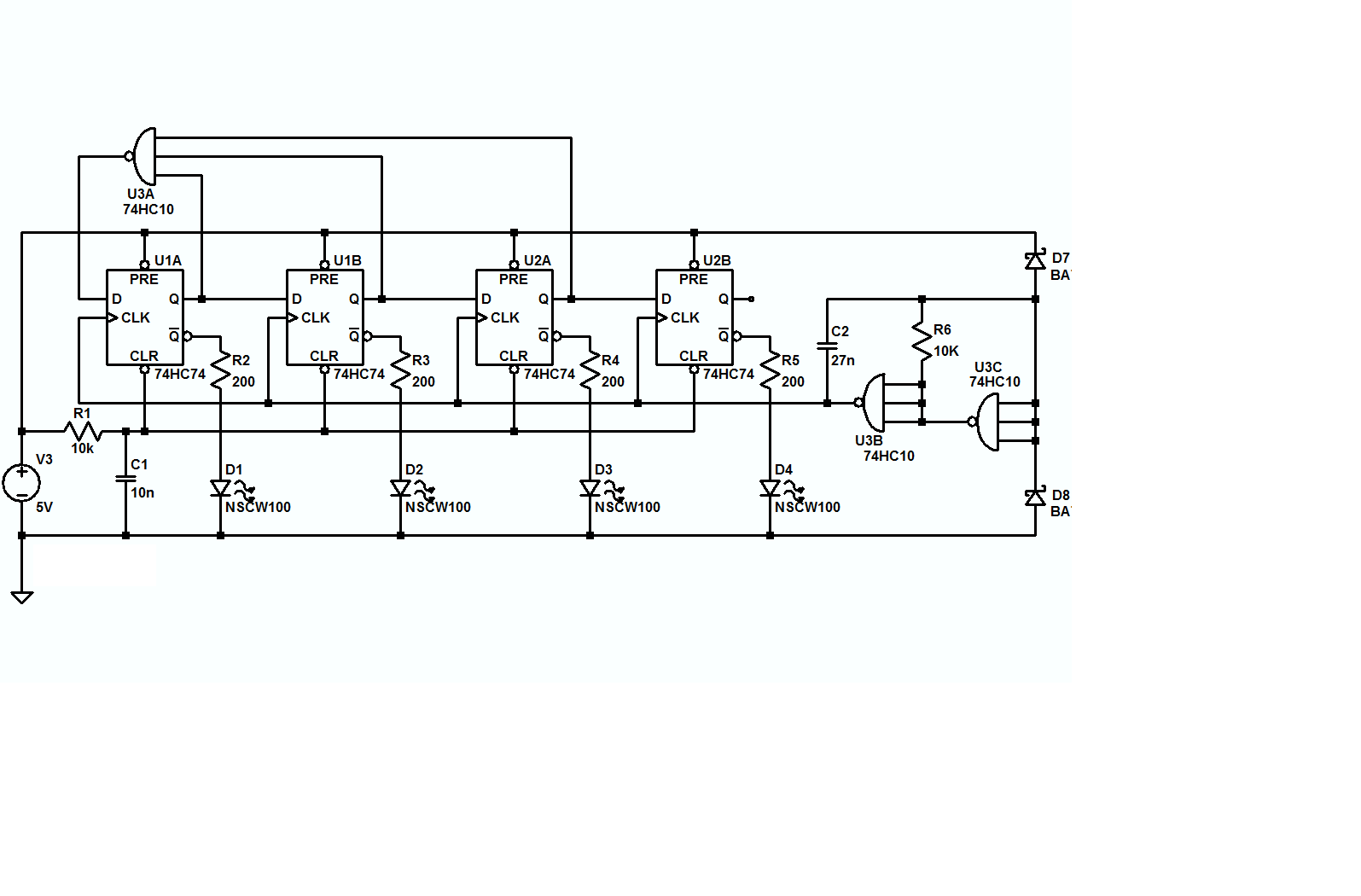 R1C1 is an integrator used to reset U1 and U2 on power-up, U3B and U3C are leftover gates wired to make an astable multivibrator with C2 and R6 determining the frequency of oscillation, and they generate the clock for U1 and U2, a couple of dual "D" type flip-flops which generate a positive going pulse used to drive the LEDs.

The pulse is mutually exclusive, so it only lights one LED at a time, and it circulates through the dflops, one at a time, from U1A to U1B, to U2A, to U2B, and then back to U1A to repeat the cycle anew.

The black box can be a four bit shift register. You just need:

For instance, take a look at the datasheet for the SN54.

This IC has parallel inputs which are read when the S pin is held low, and the CP1 pin transitions from high to low. So you can just tie these pins to high or low voltage to create the pattern 0001, and ensure that your circuit generates a power-on-reset pulse which holds S slow for a while, and have a clock pulse going on CP2.

The clock can be generated with some multivibrator circuit, for instance.

Power-on-reset pulses can be created with a RC circuit and comparator (charging of a capacitor until a threshold is reached).

Not the answer you're looking for? Browse other questions tagged microcontroller led atmega pov or ask your own question.