Schematics for a simple radio transmitter that can be built only with passive components?

Fantasized in some of the survivalist, post-catastrophic novels, movies or docudramas is the radio built only with handcrafted or scraped components.

Beyond the popular appeal of this stories, I think there is a core of truth and passive elements are easier to scrap and handcraft, can easily be read and calculalted without a multi-meter or can be easily reused. Resistors/condensers can be put in series or in parallel. Coils can be uncoiled and re-coiled from transformers other coils etc.

Sure. You can switch transients into a resonant circuit, as others have mentioned. The trouble here is that you end also transmitting a lot of those transients, which means a lot of broad-band noise. There's also the trouble that spark-gap transmitters are not permitted by international treaty. (Not that regulations matter much in a hypothetical post-catastrophic scenario, unless it's the authoritarian regime with a special emphasis on radio regulation variety)

Interestingly, one can make a CW transmitter (that is, one that transmits just one frequency, without the broadband noise) with passive components. All you need is a high frequency voltage source, which can be generated electromechanically.

For a real, working example, see the Varberg radio station. It is, quite simply, an AC motor, coupled to a generator to a 1:3 speed-increasing transmission, with the generator having 976 poles. The generator spins at about 2133 RPM (35.55 revolutions per second), and with 976 poles that makes at output at \$ 35.55 \cdot 976 / 2 = 17.35\:\mathrm{kHz} \$. The generator's output is switched into an antenna to transmit a tone, or into a short for the space between the dits and dahs. There's a bit of additional stuff to provide a matching network and control the motor, but it's all passive.

As for the premise of the question, that passives are easier to scrap, that may be somewhat true. However, discrete active components, like transistors, are not so hard to scrap either. Certainly, easier than building an electromechanical transmitter. A transistor radio can run off batteries, is more portable, and energy efficient. So in most ways that I imagine a post-catastrophic world, I would probably end up with a transistor radio.

This is how we used to do it back in the stony ages: 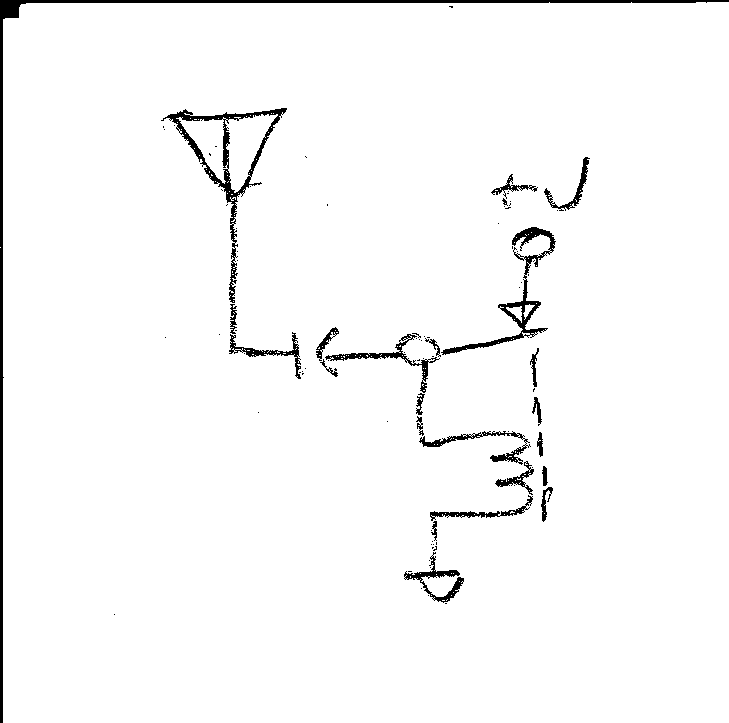 Yes this can be done using the energy from a battery switched to an inductor-capacitor tuned circuit. This would get you a form of morse-code transmitter but it wouldn't be that great and it would produce interference on other channels close by.

If you expected to transmit speech then forget it and add at least one transistor to get a quite reasonable FM transmitter.

Yes in theory though it might be more trouble than it is worth. Heat up a strip of galvanized steel until it starts to sparkle indicating that the zinc is oxidizing. The resulting zinc oxide works as a crystal rectifier but it also has an amazing property called negative resistance. This allows it to be used as a replacement for a vacuum tube in a weak transmitter.

Google-fu or Yahoo-fu Crystodyne or the experimenter named Oleg Losev who developed the principle. Nyle Steiner does a lot of experimenting with forgotten tech like this. See this video. Also read this article by Hugo Gernsback.

This is early 1900 version, a great great piece of history.

Essentially an electromagnet (relay) with self on off contact and huge number of turns coils. You may be proud to re do the great history, with modern mini size components 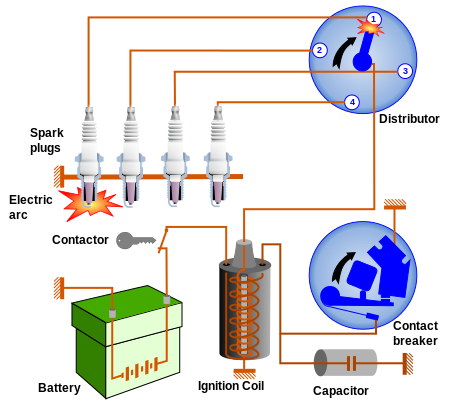 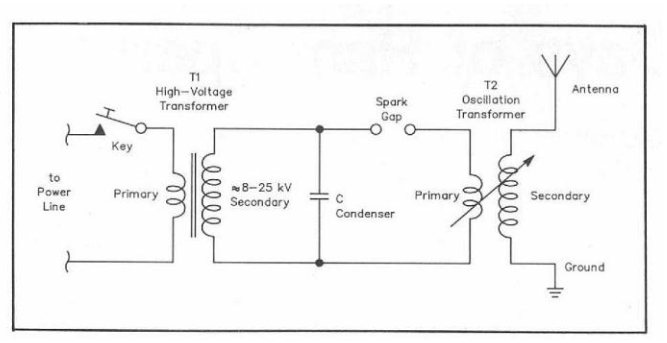 The above schematic diagram along with the pictorial diagram, photos and the working principles can be found in this article(PDF). (here you can find a mirror of the same file at the Internet Archive in case the first ever goes down) This are here for education purposes because operating RF transmission equipment most of the time requires a license unless you do it in Faraday cage an nobody knows it ;).

If a magnetron would meet your definition of a passive device, there will certainly be lots of them available for salvage, as few will find it worthwhile to run a generator in order to use one for cooking.

Your challenge might be more obtaining sufficient power, and building a receiver. And by the time you climb mountain peaks for line of sight communications, you might want signal flags and binoculars for backup.

On a similar theme, and perhaps more tailored to communications, there is the Gunn diode which has the advantage of being usable as both a transmitter and a downconverter (you can then use a broadcast receiver to demodulate the IF).

(I'd originally been thinking of ways to refine a spark gap with a resonator, then remembered there are physically resonant direct RF sources in wide use)

A Paulsen arc transmitter is also quite possible (And better in most ways then a spark gap set), this is a negative resistance oscillator using an arc in a hydrogen atmosphere as the active component.

I have actually built one for giggles, using alcohol evaporated by the heat from the arc and then broken down in the arc plasma to provide the hydrogen, carbon rods were from zinc carbon batteries, the tank inductor was wound around the legs of a chair and the tuning cap was made from two cardboard boxes and foil. Ballast resistance was an electric fire and bypass cap was made from foil and polythene sheet.

Not the worlds most efficient radio, but it worked, sort of, operating frequency was a couple of hundred KHz so you are talking BIG antenna structures.

There is also the flame diode, and even the flame triode which can provide gain and is very simple to construct out of junk, I expect you could probably build an RF oscillator out of such, and possibly even an amplified detector.

There were some antique incandescent light bulbs that would oscillate around 90 MHz due to the structure of the filament and resulting magnetic field. This could be exploited by placing the bulb in a tune-able resonant cavity and coupling the signal to an antenna. One could FM modulate the signal by varying the resonance of the cavity (a large hole with disk of aluminum foil as a microphone)

Not the answer you're looking for? Browse other questions tagged rf radio transmitter transmission passive-components or ask your own question.