I am a swim coach trying to play music for my swimmers while they swim. I am currently using this transmitter with this antenna . I have no issues with the transmitter as it is more than powerful enough for my needs. With this set up, my swimmers can hear music being played 3-4ft underwater! 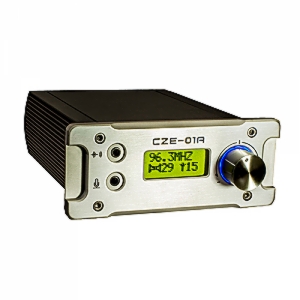 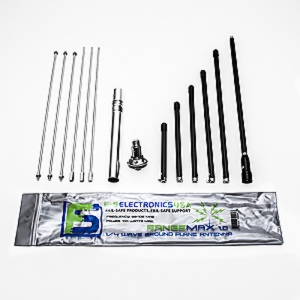 First, is this the correct antenna to be using for my needs? More specifically what is the best wave (1/4, 1/2, 5/8, full) to use in this situation and what is the best type of antenna (dipole, monopole, Yagi, etc)

This set-up is used outdoors at a pool with very limited obstructions and must work through water.

My advice would be to get a Yagi antenna, if you can.

There are several reasons for that and how each of them is important can depend on where exactly you live.

First thing to keep in mind is that different antenna types have different "radiation patterns", that is to say, depending on the antenna type, the direction in which the signals are emitted is different.

Basically, for 1/4 wave antenna, the radiation pattern looks something like a half-sphere. The antenna will radiate evenly out in all directions. This has several side-effects.

First, you will be causing more interference for other users. Depending on where you live, this may result in a stiff fine or it may result in nothing at all. Next, since the power is going "everywhere", that means that there is a good portion of it going up into the sky. That power is not reaching your swimmers, but it may be reaching aircraft. Depending on the quality of your transmitter, that may or may not be a problem. If the transmitter has good quality filters, than it would be OK, but if the filters are bad, it could be causing interference to the neighboring air-band radios which use frequencies just above the FM broadcast frequencies. The up-side of 1/4 wave antennas is that they are small and compact and that they usually do not cost that much.

Next we have 1/2 wave and 5/8 wave antennas. They are a bit similar, but the main thing to keep in mind is that the portion of radiation that goes out into the air is lower with them and more power goes out to the sides of the antenna.

The "best" solution for you, if you have enough space and money is yagi antenna. It behaves a little bit like a ray-gun. The long side of the antenna focuses the radio-waves and they mostly go in the direction in which the antenna is pointed to. If you point the antenna to the swimming pool, you'll minimize the power that does not reach your swimmers and be able to improve the depth at which your program can be received.

Not the answer you're looking for? Browse other questions tagged antenna fm or ask your own question.

1
RF question: Panel antenna for satellite communication
1
Bluetooth general question about antenna
2
Patch Antenna Inset Feed Past Exam Question
1
Antenna mounting question
3
Si4012 loop antenna question
2
Separating an FM antenna from a topology which uses headphone ground as antenna
3
RDA5807M FM antenna question
0
Question about the length of antenna
0
How do I figure out the ohms of an antenna?
6
What antenna is this?