How does this soft charge circuit work? 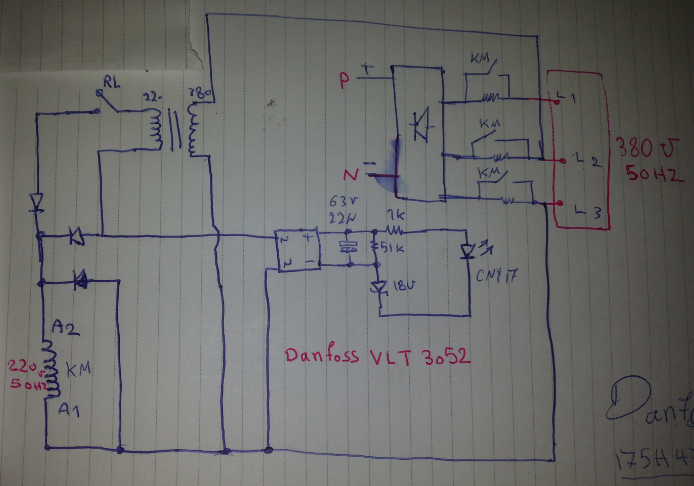 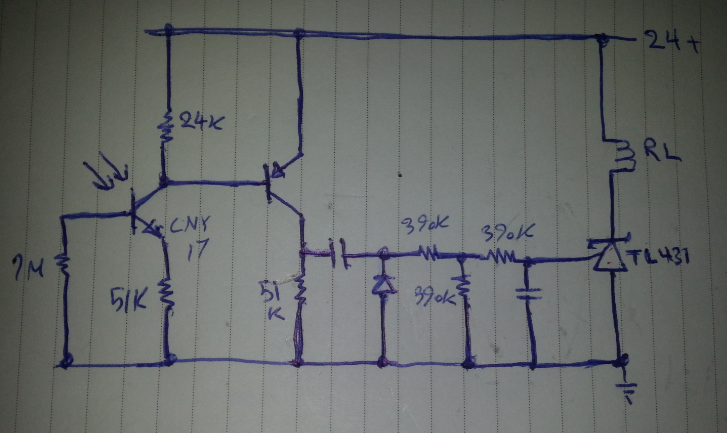 This circuit is a DC bus capacitor soft charge from a 3phase inverter. I've seen a lot of similar products but this one is a little strange and I'm curious how it works. I want to know why the transformer's output is rectified(I assume) knowing that the contactor works with AC.

Perhaps there is a hidden center tap on the transformer secondary that connects to the circuit common (L3) through the lower primary lead.

A center-tap connection would answer another mystery about the circuit pointed out in another answer: Because of the series capacitor connected to the collector of the PNP transistor, the timer circuit can't energize RL indefinitely.

If this is how the circuit works, I'm curious about the operating margins. Under high-line conditions, the initial half-wave-rectified voltage could risk closing the contactor before it should close. However, doubling the average coil voltage between half-wave and full-wave rectification roughly quadruples the magnetic force, so good margins are plausible with a carefully selected transformer voltage. If margins aren't a problem, an advantage of this kind of approach is that it reduces static power consumption by de-energizing the relay and lowering the coil power of the contactor when the soft-charge cycle is complete.

The schematic around the left side of the transformer can't be correct. Please retrace that part of the circuit and make corrections.

It very much looks as if the contactor coil is driven with pulsating DC.

The capacitor in the middle of the bottom diagram looks not correct. I don't think that it is in series with the signal. Could you re-check that as well?

5
Voltage used to charge a UPS-Inverter and its usage
0
Connecting pins of L293D to pins of inverter 7404
2
Charging a small 100uF 450V capacitor with a small battery?
1
How does this MOSFET circuit work?
0
Whats the reason for triangular carrier PWM
0
Confusion about the rated voltage of a Permanent magnet synchronous motor
0
Battery-less solar generator
2
Inverter Output Filters
3
Inverter Design - High Side MOSFET Switch-off Issue
0
Review inverter design: why are there no short circuits?