What happens if I connect a low voltage rated capacitor to a high voltage?

Given that c=q/v even if I connect it to a higher V, its charge Q may decrease proportionally right? So why should it damage my capacitor? or will the internal electric field get too high and cause the dielectric to break down? Or would it just get too leaky and then overheat due to greatly increased self heating?

A literal answer is this: 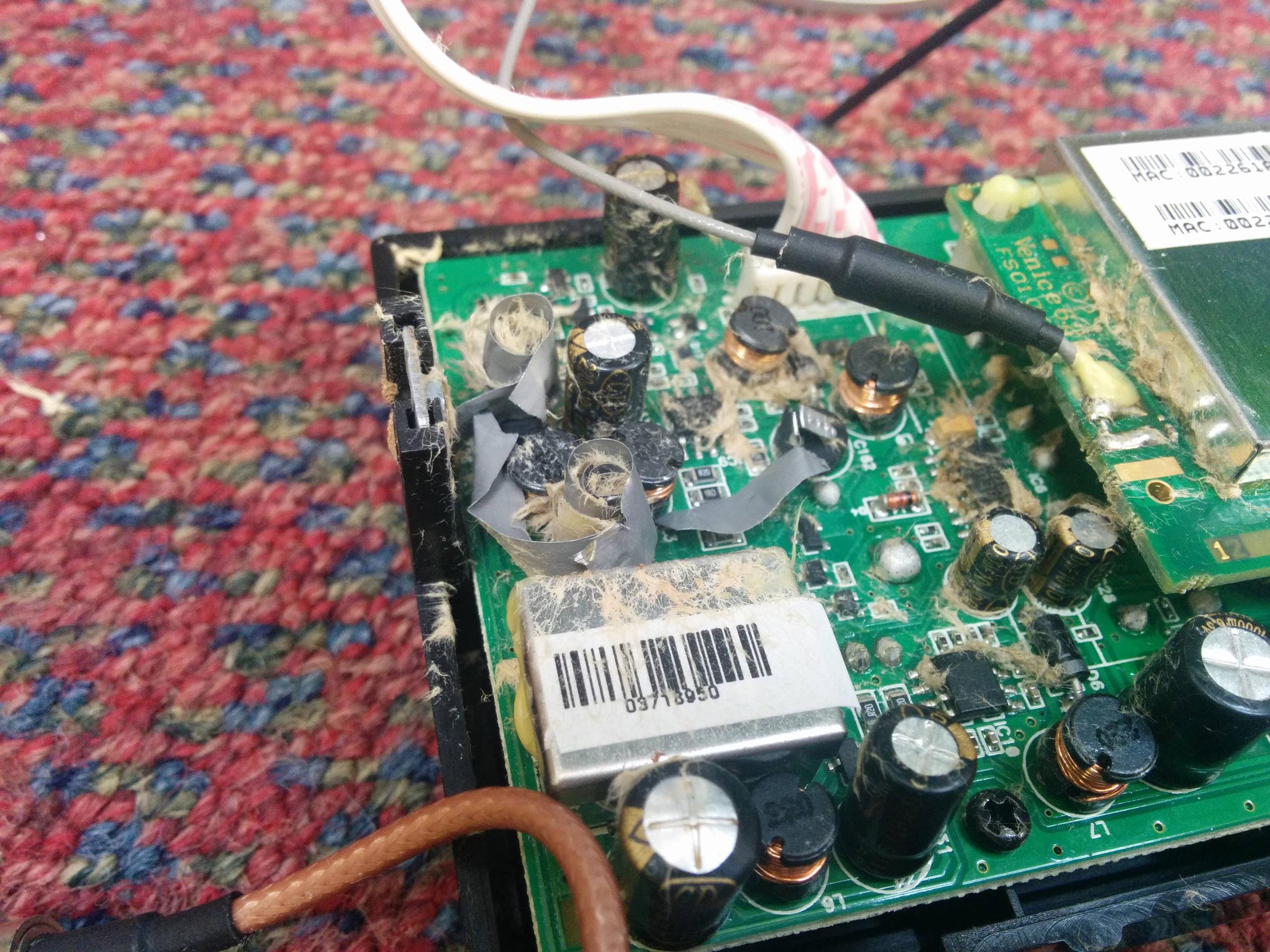 There are three blown capacitors; two can be seen as spirals of grey material still reasonably in situ, the third is nothing more than the base and the internal terminals. They were all rated for 6.3V but, do to a failure in the power regulator, they were connected to a whopping 7.5V. A negligible amount, so one would think, but the outer can of that third capacitor blew off with such force that it punched a hole in a piece of 3mm plastic - about 80mm away - and embedded itself into a battery on the other side.

All that brown stuff is a fibrous material similar to cardboard, and it gets everywhere. I don't know if there's some kind of oil inside the capacitor that dries when it is exposed to air but I do know that it sticks like glue to whatever it lands on.

You have to be careful with these equations.

c=q/v, Q = CV, all look very nice, but they only apply within the limits for which they apply.

For a capacitor, one of the limits is keeping the voltage low enough that the capacitor dielectric stays intact. As you increase the terminal voltage, the electric stress increases across the dielectric, and eventually, it breaks down. When that happens, you don't have a capacitor any more. In the best case you are left with a short circuit or an open circuit. In the worst case you have a lab full of smoke and/or a trip to the ER.

Capacitor manufacturers are quite helpful in printing the maximum voltage their caps will stand before they stop being capacitors. You generally can exceed that a little bit, a few percent, at the cost of capacitor lifetime. If you exceed it by 10s of percent, then you'll find your capacitor lifetime becomes zero.

If you want to know why something is happening in the real world, you need a more complex model than the pure theoretical formula.

The breakdown voltage where this happens depends on the material, also on its geometry. A thinner sheet of insulator will break down at a lower voltage than a thicker one.

This breakdown phenomenon usually is highly energetic, because the small amount of current will dissipate as heat on the huge resistance of the isolator. This might also be a simplification of the real life phenomenon of overvoltage breakdown. Chemical reactions might also occur which can change the capacitor's behavior.

So, if you want to make a small capacitor of a high capacitance, it will have to be limited to low voltages. High voltage, high capacitance ones are big for this reason.

Per @andy the formula needs to be applied in the correct manner.

per @andy and predicted by @user44635 the capacitor will fail when the voltage is raised beyond some limit.

The way it fails and effects thereof depend on

@ceteras adds some useful insights to @user44635 and shows how we must always be aware of both the theory and practical relationships in what we are dealing with.

The effects can be insignificant - a puff of smoke or dangerous, life threatening and catastrophic.

In one incident in the 1960s, a relatively small capacitor - I think it was 33pF or so - (about 150mm by 25mm square) my dad manufactured triggered a lot of collateral damage. A small town of about 100K people was without lights for a week-end. The cap was on either a 33kV or 100kV AC line. It was used as part of a capacitive divider for voltage measurement.

It failed due to design and manufacturing defect. I do not remember if anyone was killed or badly injured. This could easily have been the case.

The factor of 1.4 corrects for RMS->peak voltage, caps tend to fail at the peaks.

Discharge of the cap would take in the region of 1ms yielding 35W (maybe a lot faster).

The dielectric failed, probably due to an imperfection. The entire town supply (several MVA, even in those days) was redirected towards the cap, air ionised, the rest is history. The hot end would have been a busbar, the ground end was attached to another cap as a divider parallel to a neon panel indicator.

Enough to wake the operator but little else. The contribution of the power line through ionised air, would have lasted a bit longer and done the damage.

In the presence of

a lot of energy may be stored and released quickly at voltages and currents abnormal for the circuitry.

Electrolytic caps are interesting in failure mode since the fluids (often in gels) may boil and cause an explosive failure from the volume of hot gasses now occupying their interior. They may reach temperatures above 100celcius before they explode and release superheated steam.

Engineers need always to be concerned with safety of themselves and others.

Charging a capacitor always has some risk as it may fail even when operated within its rated limits due to manufacturing, handling, environmental or for any other reason.

Q=CV so, if capacitance remains constant and you raise the voltage, the charge must increase. Connecting a capacitor to a voltage that exceeds its ratings is asking for a puff of smoke or maybe even some fireworks.

Not the answer you're looking for? Browse other questions tagged power-electronics electrolytic-capacitor or ask your own question.

7
What are markings on top of electrolytic capacitors?