Altium doesn't let me place components the way I want

I have a problem when placing my components on the board. altium restrict my movement. It is like some design rule are not showing up but blocking me to put components the way I want.

I think I have activated a function but I don't know which one who make that I can not place components the way I want.

Edit: Does anybody knows what I have to change ?

When I try to place a component A close to another one B, the compnent A can not go closer to B. It is same than like a design rules apply making that I can not place the way I want. Altium block the move as if there is a clearance between both components. Normally the DRc would turn the component green. Here it doesn't turn green it just block the move

It is typically avoiding or blocking obstacles...

Give this a try:

Go to your DXP menu --> Preferences, expand "PCB Editor" in the left pane, and select "Interactive Routing". Under the "Dragging" heading, make sure "Component pushing" is set to "Ignore" instead of "Avoid". 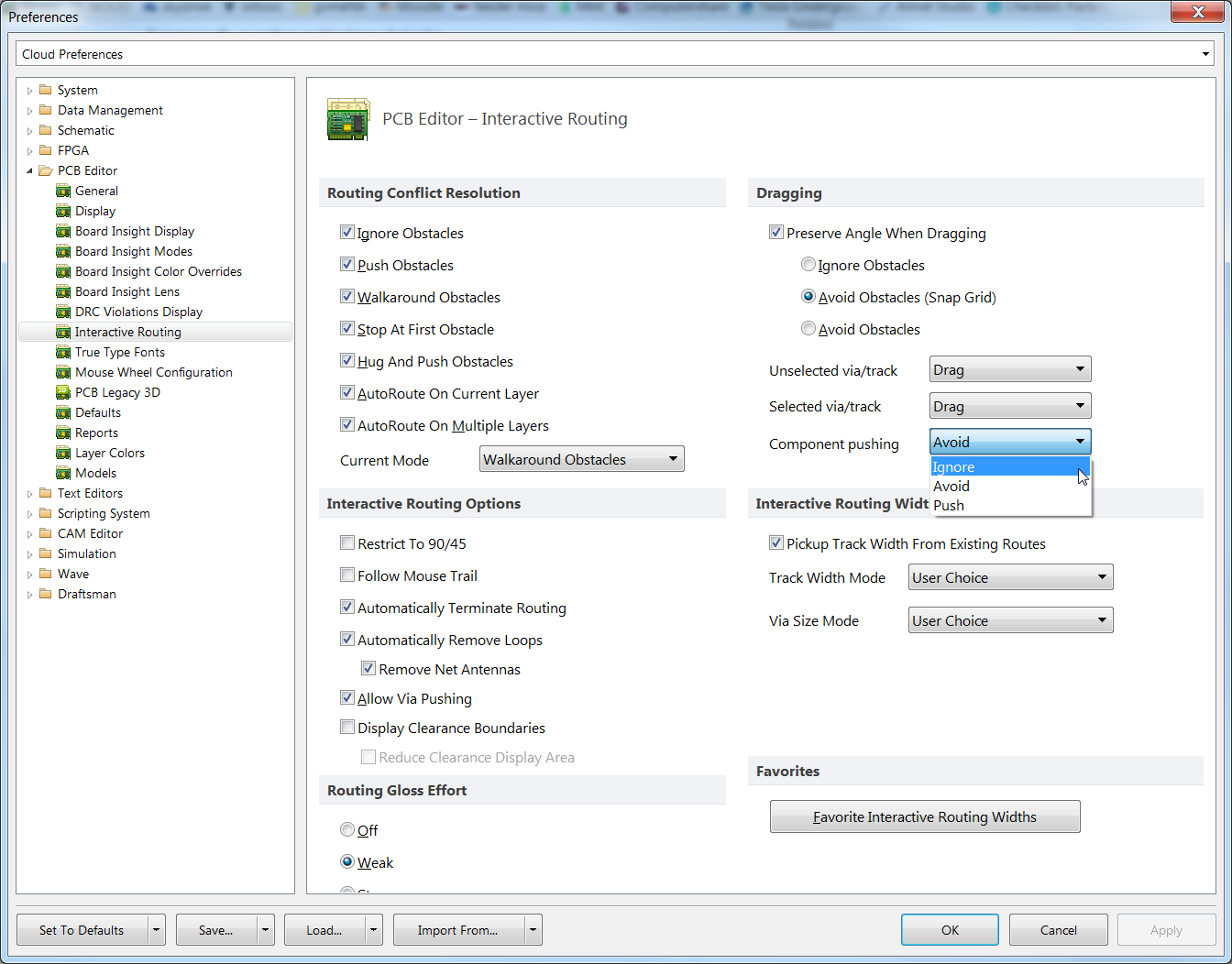 When set to "Avoid", I believe this rule follows your component clearance rules and does not allow you to place a component within that clearance (near another component).

Fond the problem!! it is not a issue, it is a new placement option.

The status bar at the bottom of the workspace indicates the current placement mode. " HTH