Use only two phases of three phase for heating element

I was wonderig how I could run this element on three phase.

The potential difference between L1 and L2 is say 400V. So could I connect L1 to one end of the wire, and L2 to the other? So I wouldn't use L3 nor would I use the neutral.

If this is possible, It would give me:

Kanthal A-1 is a ferritic iron-chromium-aluminium alloy (FeCrAl alloy) for use at temperatures up to 1400°C (2550°F). The alloy is characterized by high resistivity and very good oxidation resistance.

Your calculations are correct.

I was wondering how I could run this element on three phase.

You would connect it between any two phases. The effect of this would be to place an unbalanced load on the supply. If this load is close to the transformer rating it may unbalance the supply enough to cause problems for the transformer itself and other devices on that supply.

That depends what you are heating. For example, if the wire were immersed in oil it may be able to handle that current due to good convection whereas in air it might glow like an incandescent lamp for a few seconds before perishing.

[From OP's comments:]I've made a heat treatment oven for steel. It's PID controlled using a K thermocouple and can reach temperatures up to 1000C. The problem is that it takes 2 hours to reach that temperature.

OK. That's either poor insulation or just the thermal mass you have to heat.

I'm already close to 16A 220V single phase, so I can't change the element (already maxed out). I figured that I could use 3 phase power to get a higher power rating. 5000W would suffice, and the elements would handle that without burning through. So I would change the resistor (change lenght) to change resistivity to get 5000W, using L1 and L2 (=400V) instead of L1 and neutral (=220V).

It's not clear how you can't change the element but can change the resistor, but it seems that you have a plan.

One suggestion is that you limit the current through your heater using an SCR / triac dimmer. This will allow you to set any power level up to 100%. This would, in effect, set a maximum power output while the temperature controller controls the temperature. 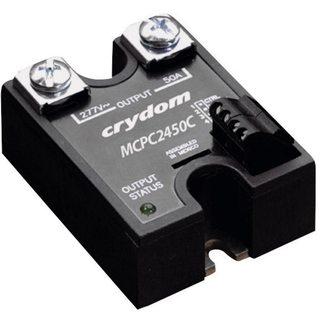 L1, L2 or L3 to neutral will give you 231 volts. If you connect the element between line and neutral, it will dissipate 3594 watts. Unless you have a method for increasing the heat dissipation capacity as suggested by @Transistor, you should connect the element between L1, L2 or L3 and neutral. Depending on the other loads on your 30phase source and the source capacity, the additional load and the imbalance introduced may or may not be a problem.