I just built an HTPC. It's got a bright white power-on indicator LED that is in fact needlessly bright and, which is worse, blinks when the pc is in suspend mode. I want it to be less eye-catching.

I've no idea about the ratings of the components involved. I'm sure the LED is being driven at 5V (I can check), and I suppose it draws somewhere between 20 and 200 mA.

Can you help a feller out with some component choices based on such poor specs?

Update: I have soldered together a 2200uF capacitor and two 100k potentionmeters -- see photos here. I have tried to recreate Spehro Pefhany's diagram (dead bug style, it's gloriously hideous) and I can report a 50% success: the dimming works nicely, but the blinking seems to be completely disabled -- it's always on (at whatever brightness I choose) and I can't detect even a hint of variance regardless of how I adjust the 2nd pot.

Have I (despite triple-checking) put it together wrongly? What should I change to restore at least some blinking?

I'd use a 5k potentiometer:

Adjust brightness as desired by turning the knob. If you want to be fancy, mount the potentiometer so that it is accessible from outside.

Total guesswork, but brightness is perceived logarithmically so the exact resistor values are not critical. 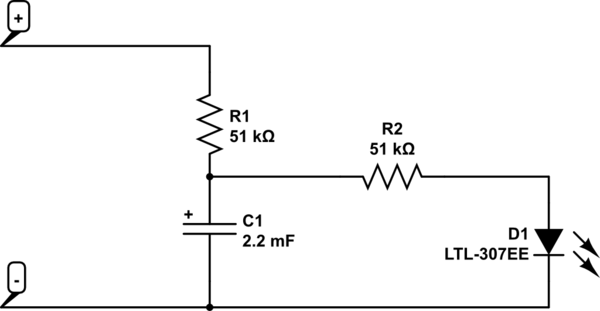 The 2200uF/6.3V electrolytic capacitor needs to be installed with the correct polarity. Eg. Nichicon UFW0J222MPD.

If you don't like the way it works, change the values (perhaps in steps of 2 or 3:1, don't bother with much less of a change). If you're purchasing parts, get a few values- you can put resistors in series or capacitors in parallel to increase the values.

The "attack" time constant is of the order of RC where R is 50K or less, and it will decay visually slower because the LED current will drop. 2200uF and 25K-50K is only about 20-40 ms so it won't make much difference turning on, but will seem a bit less abrupt turning on and especially going off.

If you decrease the resistors to get more brightness you'll have to increase the capacitor proportionally to get the same time constant and you'll rapidly run out of practical sized capacitors. In such case it might be better to try just a single resistor. 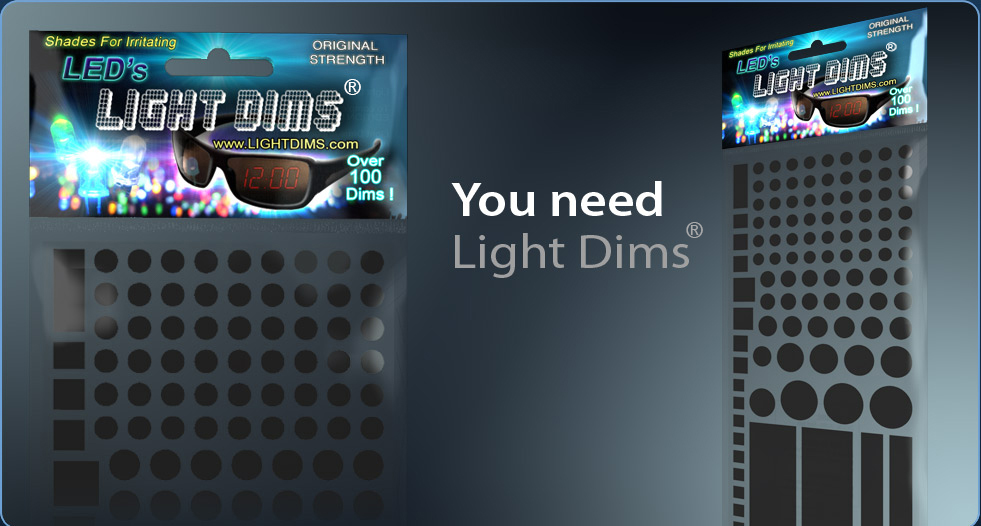 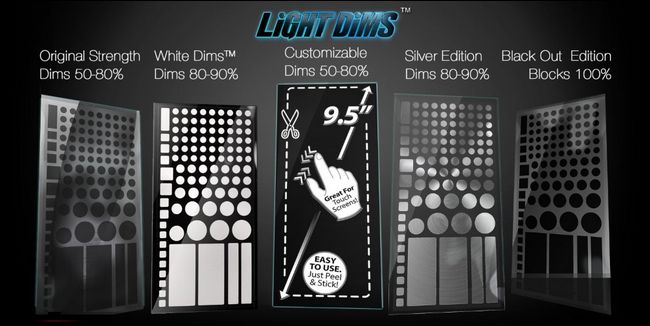 No soldering, nor CE labels, no messing around. No DVM required for testing. Plus you got refills by the dozen so next time you have a too-bright LED it costs nothing but time remembering where you slid the pack of these little beauties.

It costs about 4 quid from here and here's the originator's web site.

Don't try it with high power lasers though (I mean... who would?).

First of all, measure the voltage just to be sure of the LED supply voltage. If you can, find the resistor that is limiting the current, then measure the voltage drop across the LED. It shouldn't be too difficult to find if you get a multimeter with a continuity buzzer and can get a probe on the LED. This will give you the necessary numbers to calculate the current driving the LED. Then you can just use a simple calculation to find the resistor you need to limit the current to whatever you want it to be! Rled = (Vs-Vf)/I, where Vs is the supply voltage and Vf is the forward voltage of the LED.

I'm not too sure about wiring a capacitor in front of the LED, it would depend on the resistor in front of it, and how quick the LED blinks. You could play around with some values, or attempt to calculate it, by using the capacitor discharge equation (V = Vs*e^(-t/RC)) and transpose for C...... but that may be a bit too time consuming, so maybe just play around till you get something you feel is good!

There may be better ways, but this is how I would do it.

Not the answer you're looking for? Browse other questions tagged led computers or ask your own question.

2
Quick and dirty LED power from AC
0
How long will this low duty 555 LED blinker last on batteries?
2
LED to music sync barely blinking even with amplifier
0
Multiple led drivers for a single LED
0
Simple LED pulse circuit
2
Comprehensive way to indicate error code using single LED
2
How does this LED string work?
0
Efficient 1 watt Led circuit
0
Slowing down blinking rate on an LED with built in IC
1
Can I prevent a 9V LED flickering when dimmed to around 30%?