Maximum power/current for a battery?

I'm learning electronics and found this question below, which is exactly what I've been questioning myself. But there was no good answer there, so maybe someone here can help.

Suppose you have a 9 V battery that you connect to a load having a very low resistance (e.g. 0.1 ohm). From Ohm's law, the current would be I = V/R = 90 amps, which seems impossible to obtain from such a battery. If we suppose that the load will not burn, which of these options is the correct one?

I am just interested in the general behaviour of a battery (is current, power or voltage the fixed value?). Thanks for your help.

So far I've read datasheets for some batteries and found some intriguing data about how a battery behaves, given certain circumstances such as temperature, load (current discharge), and average voltage.

Beyond these factors, I'm trying to understand if there's a definitive quantification of the total "energy" of a battery? Since mAh, Wh and Joules seems to vary depending how the discharge occurs.

For example, this datasheet from energizer shows that the mAh capacity changes as a function of the discharge rate. If that's the case, is the 'total cell energy' varying?

[is] the 'total cell energy' varying?

Here's the third-roughest behavioral model of an electrochemical cell (rougher models omit one or both resistors). For a typical cell of any chemistry, R1 varies with the state of charge -- it gets bigger as the battery discharges. There are more complicated models, but I think this one is good enough.

So a 9V battery is just 6 1.5V dry cells in series, and they're both small and they've been made of a size to jam into a 9V battery package. Because of these constraints, 9V batteries are notoriously wimpy.

If you just short the battery, then all of the voltage drops across the cells internal resistances. The battery gets warm -- possibly discernibly so -- but no useful work is done outside of it.

If you draw current very slowly from the battery, then up to a point you'll get the maximum energy out of the battery -- but above that point, the battery's self-discharge current (which I've modeled with R2) dominates. If you just leave the battery sitting on a shelf, it loses charge (over years, if it's a well-made dry-cell battery), and delivers no useful energy.

So -- does the total electrical energy that you can get out of the battery vary by the load you put on it? Yes -- every battery has an optimal load. When you're designing a product, if you dig you'll find that every product has an optimal battery, too. Even for dry cells, some brands and models will do better with long slow loads, and some will do better for high loads. Get into the wider world of rechargeable cells, and you'll find that particularly with NiMH, NiCd and LiPo cells, different cells are available in (roughly) the same size that are suited for different tasks.

But -- does the total energy in the battery vary by the load you put on it? I don't think so, but I don't know for sure. It would be an interesting science fair project to put some dry cell batteries into a calorimeter and compare the amount of energy released as heat by the cell and wiring when you short (or nearly short) a cell to the energy released as heat + electrical energy when you discharge a cell more slowly.

If the total energy released does vary, it would be because discharging a battery fast may "lock in" some charge*, but the total chemical energy in the cell would have to be the same, by conservation of energy. 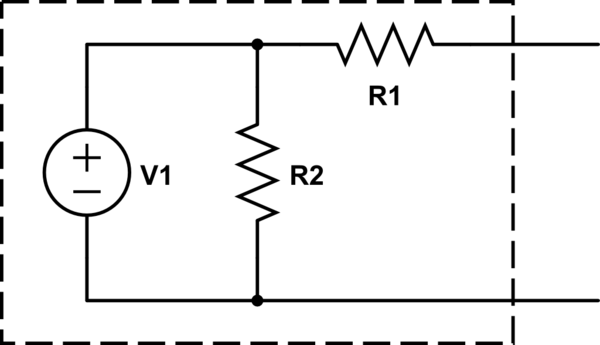 * Dry cells don't like getting discharged quickly, and at least older cells would develop a region in the electrolyte that wouldn't conduct electricity -- for those older cells, you could revive them by baking them in an oven to break up the non-conducting layer.

As I've guessed, indeed the capacity rating of a battery is actually the charge rate given some specific conditions (e.g: applying a load of [a] mA, for [s] time, over [c] degree temp, until the voltage drops to [v] volts).

The total energy storage of an battery, displayed in most products, should mean then, the total useful storage charge considering the specific test conditions. That's because draining more or less current changes the way battery behaves (internal resistance, temperature, etc which cause energy losses), given more or less "useful" capacity.

Because of that, each battery is then designed to work under some specific characteristics (long time, low power applications, or high current short bursts, etc)

This insight came from afrotechmods and his excellent video about batteries and batteries capacity.

So, yes. Batteries have a max current drain (given by design and physical/chemical limitations) and yes the storage rating (being Ah, Wh or Joules) changes depending on battery design and load applied, and yes Wh is a better way to compare batteries because it takes voltage in account.

Not the answer you're looking for? Browse other questions tagged batteries ohms-law or ask your own question.

9
Battery Ampere-hour rating vs Battery Amps (not an experienced user)
1
Battery discharge current
5
What is the 'continuous standard load' of a battery?
0
What is the actual capacity & charging current of a given deep cycle lead acid battery?
0
Can I provide a constant charge to a battery?
1
How to calculate CR2032 battery life with LED
0
What does a battery's C rating mean and how does it relate to its maximum discharge current?
0
What voltage do we use for battery cut off voltage?
0
Battery mAh and device operation