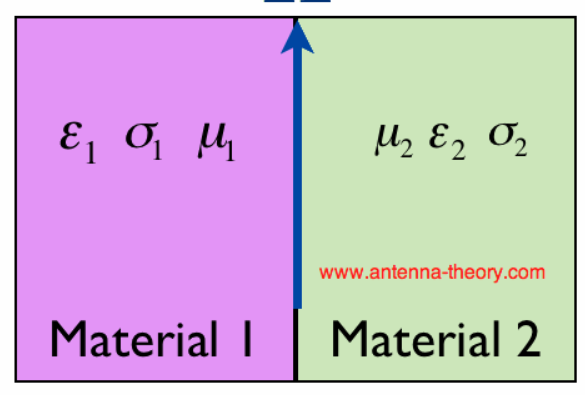 1) I do not have a clear idea of what js represents. If I have understood it correctly, it is a linear density ([A/m]) of a surface current density. What does it represent? Which is its direction and which is the dimension it is referred to (height, length, depth)?

2) what does it happen if both 1 and 2 are conductors?

Where \$n_{12}\$ is the unit vector in the direction from media 1 to media 2, in this case the same direction as \$H_n\$ in the image below. \$H_1\$ and \$H_2\$ represent the tangential components of the magnetic fields in both media 1 and 2 respectively, for example \$H_t\$ in the image. If you take the cross product of \$n_{12}\$ and \$H_t\$ you will get a vector coming out of the page which is \$J_s\$. If \$H_t\$ is uniform from the bottom to the top of the figure, then we would expect \$J_s\$ to also be a uniform sheet of current, that also extends from bottom to top, flowing towards us(out of the page) along the interface of the two media (we assume that the material is three dimensional and extends into the page). If you were to calculate \$J_s\$ via this formula and you wanted to know the total current flowing along the boundary you would simply multiply \$J_s\$ by the height of the boundary (length from the bottom of the figure to the top) which would give you the total current in units of Amps.

2) This relation holds in the case of any media. If both media have finite conductivity and there are free surface charges, as in a conductor, then this relation would describe the discontinuity between the magnetic fields as being equal to the surface current density. If there is no free charge, as in a perfect dielectric, then this relation reduces to: $$ J_s = n_{12}\times(H_2 - H_1) = 0 $$

since the tangential component of the electric and magnetic fields must be continuous across the boundary and therefore \$H_1 = H_2\$. If either of the media are a perfect electric conductor (PEC) then the tangential electric, and therefore magnetic, field in that material will be zero. For example if material 1 was a PEC then \$H_1 = 0\$ and now: 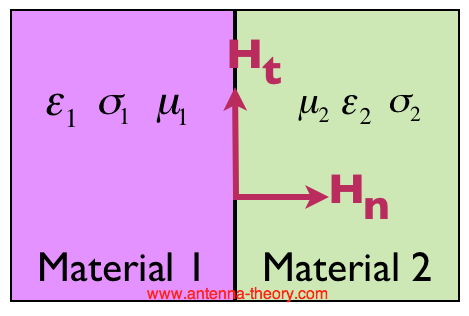 Not the answer you're looking for? Browse other questions tagged current electromagnetism electromagnetic field or ask your own question.