How to find replacement LED for TV backlight

My TV has a damaged LED in its backlight. The LED had started flickering like 2 weeks ago and finally the whole backlight stopped working. Nothing obviously unusual on the LED driver board, the MOSFET and the sense resistors seem to be okay, no short, body diode working, no visible burn marks.

So I want to replace the damaged LED, but by which model? With a battery (8.2V) and a 400 Ohms resistor a single LED shows 2.69V @ 15 mA. There are 22 LEDs in total (two rows with 7 LEDs and one row with 8 LEDs), all in one series circuit. Each SMD-LED has approximately 3mm by 3mm body with <=1mm height and a circular radiative region.

I have no idea what could be the maximum rated current or the color temperature. Is there any chance of finding a right one? Are SMD LEDs of TV backlights somehow standard types? 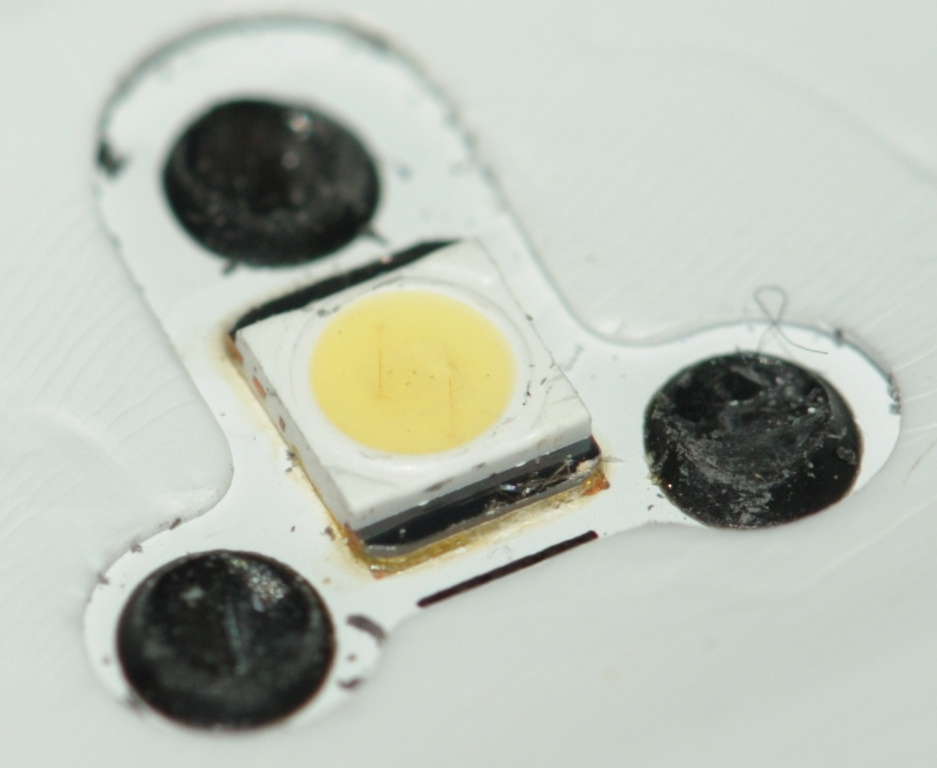 If the LEDs are all in series, then the driver is a constant-current source.

I assume you have a good idea of which LED is bad. Simply connect your ammeter across it and fire it up — this will tell you directly how much current the source is producing.

Color temperature will have to be judged by eye.

Not the answer you're looking for? Browse other questions tagged led surface-mount backlight or ask your own question.