PWM-controlled RGB LED is flickering when PNP transistor should be off. Any insights why?

I am trying to control an RGB LED (with common cathode configuration) with a BC327 PNP transistor. The LED is powered by a 5V line. The base of the transistor is controlled by a BC548 NPN transistor connected to the GPIO of an ESP-01 module (ESP8266). I attach the circuit diagram below.

The values of the resistors connected to the GPIO are selected in such way so that the GPIO is pulled up during boot in order to boot properly.

I can control the brightness of each LED from the ESP-01 but, the problem here is that the LED is flickering when the PWM is supposed to be off.

Do you have any insights on why this might be happening? 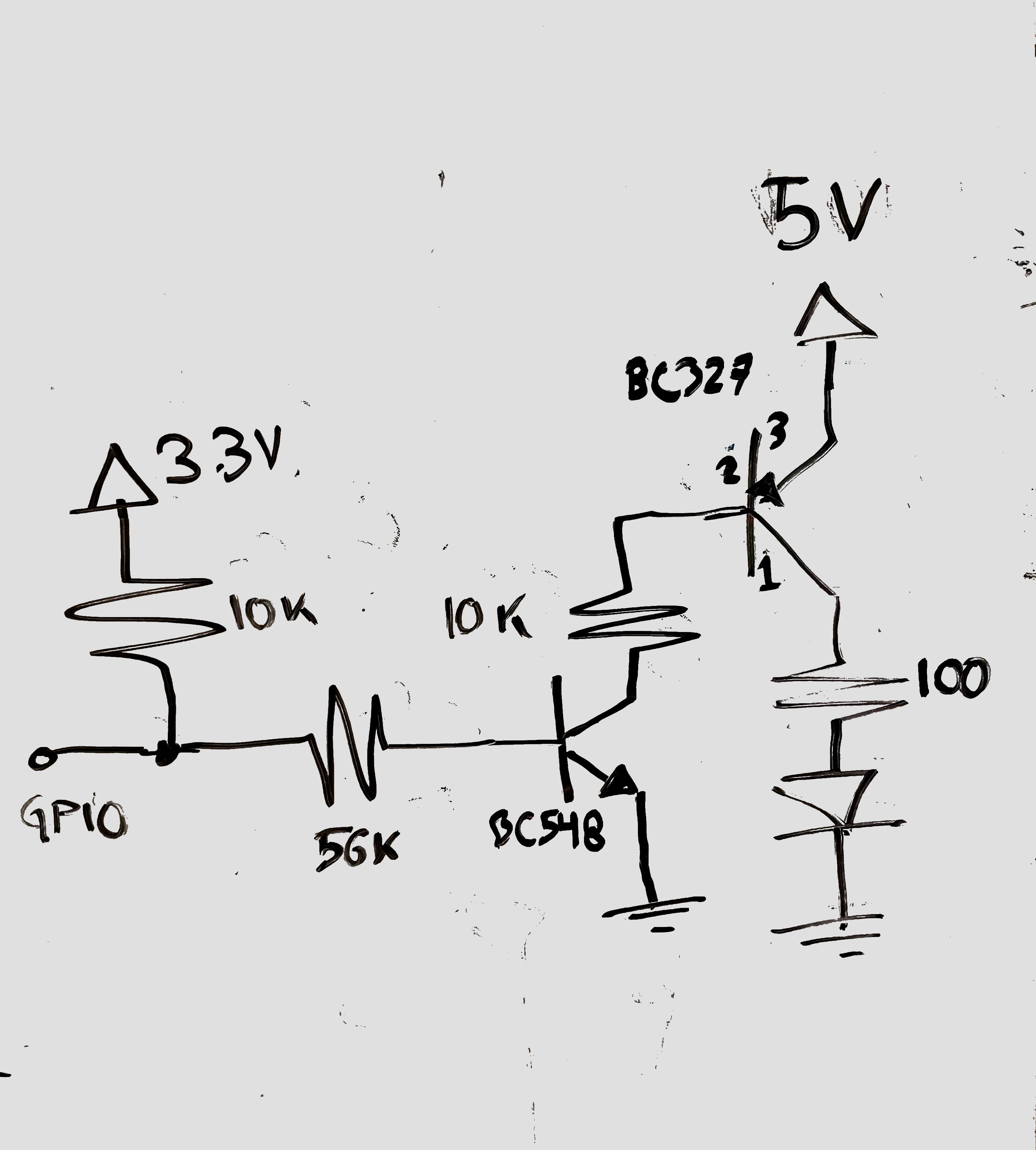 When the GPIO is low the the NPN transistor is OFF (open). Thus, the PNP transistor base is floating (not terminated). Provide a valid weak termination. Place a high value resistor between base of the PNP and the 5V line. This should keep the PNP transistor always in a valid state.

Also, depending on the LED's power requirements, it may be possible to turn the LED ON|OFF using only one NPN transistor configured as a low-side switch.

Not the answer you're looking for? Browse other questions tagged led pwm esp8266 pnp rgb or ask your own question.

0
Does a PNP transistor pull up itself?