I'm designing a communication network for private home automation. My design goals are:

Originally I considered 1-Wire, but further investigation lead me to the conclusion that it doesn't cope well with EMI noise and that the available hardware is becoming obsolete.

Learning about CAN, I then considered ISO 11898-3 physical layer, which does allow multi-star topology. However, it seems that it's not being widely used nor supported, and I only found a very few ICs that support it. And most importantly, it's lacking the locality property: The terminator resistance should be split equally between all terminal nodes, which means either updating the whole network after adding a new node, or accepting improper termination.

Eventually I came to the idea to make the CAN bus internally linear, and achieve arbitrary topology by connecting each node to it by two pairs of wires. One pair connects to the "left" part of the bus (pins 3 and 4 below) and the other pair to the "right" part (pins 5 and 6). Both ends of the bus will be terminated in the master node. Essentially this is traversing the network tree: 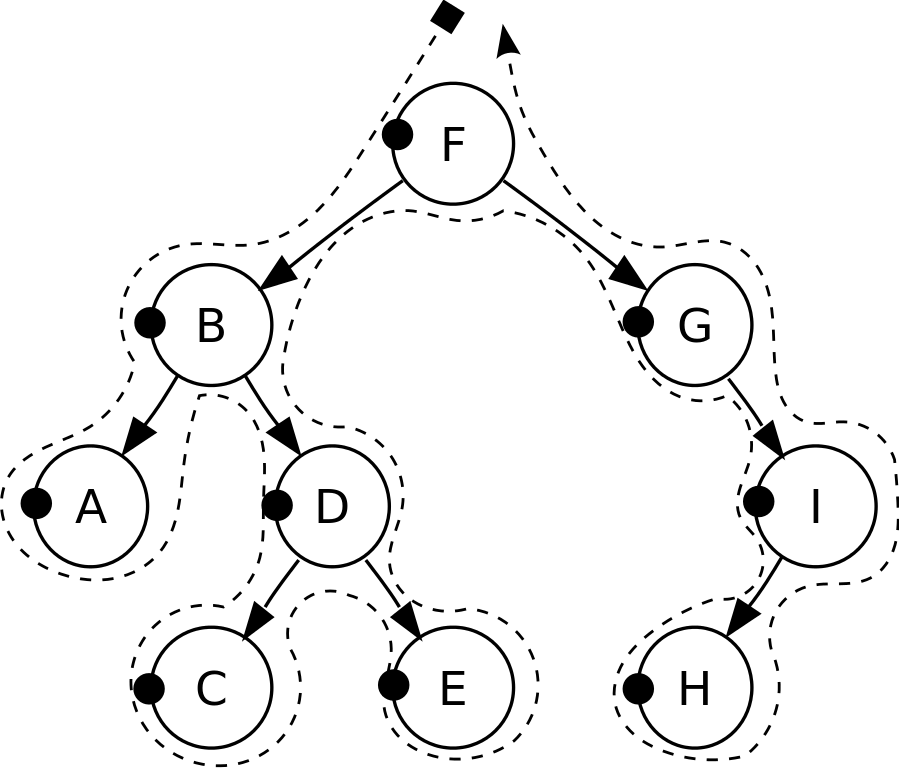 Parts of the bus could be connected as follows (Vcc is power distributed from the master node to all the others): 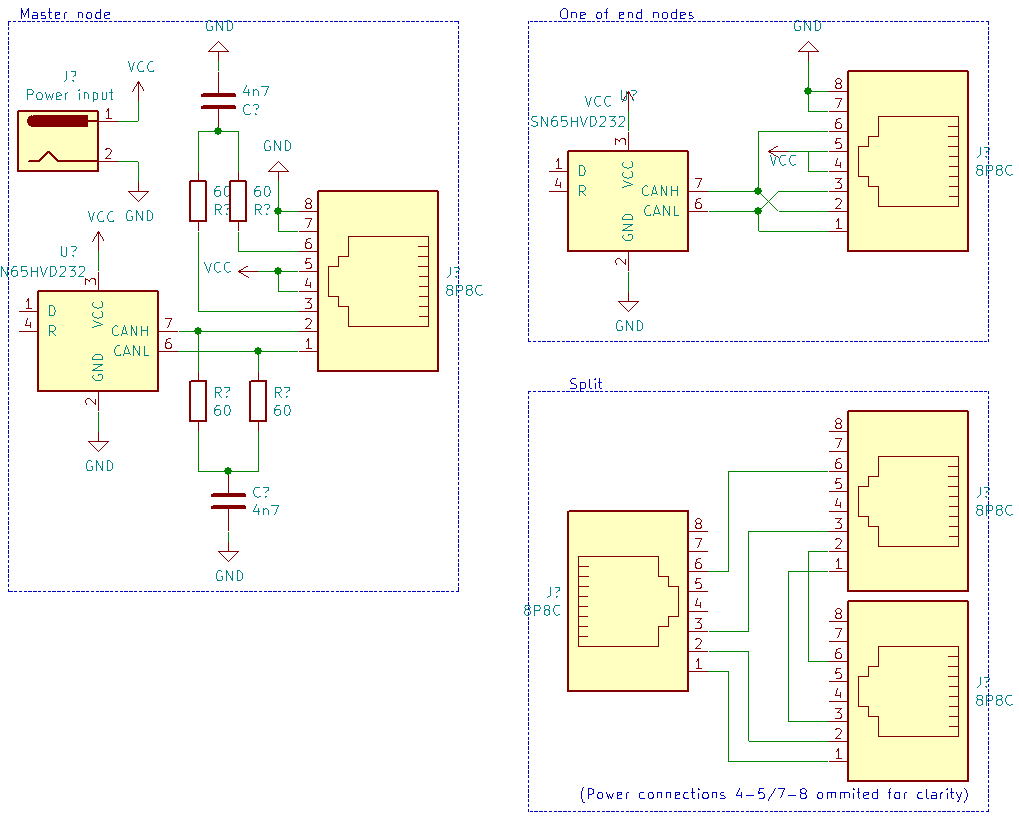 I see these advantages:

Is this a viable, or commonly used approach? Are there any potential pitfalls?

I started to explore this idea as an open-source project, to experiment with it and validate it in practice: https://github.com/ppetr/home-automation-CAN

Not the answer you're looking for? Browse other questions tagged can home-automation topology or ask your own question.

2
Issue with the AMIS42700 CAN bus extender
2
House wide automation network: CAN or Ethernet?
2
Home Automation
2
How to select the most appropriate (serial) bus for controller?
1
Selecting wiring hardware for CAN network
1
Can RS485 be considered a multi-master bus?
2
Address-free communications between microcontrollers in any topology
0
CAN bus expander circuit
2
Alternatives to CAN for multi-master transmission