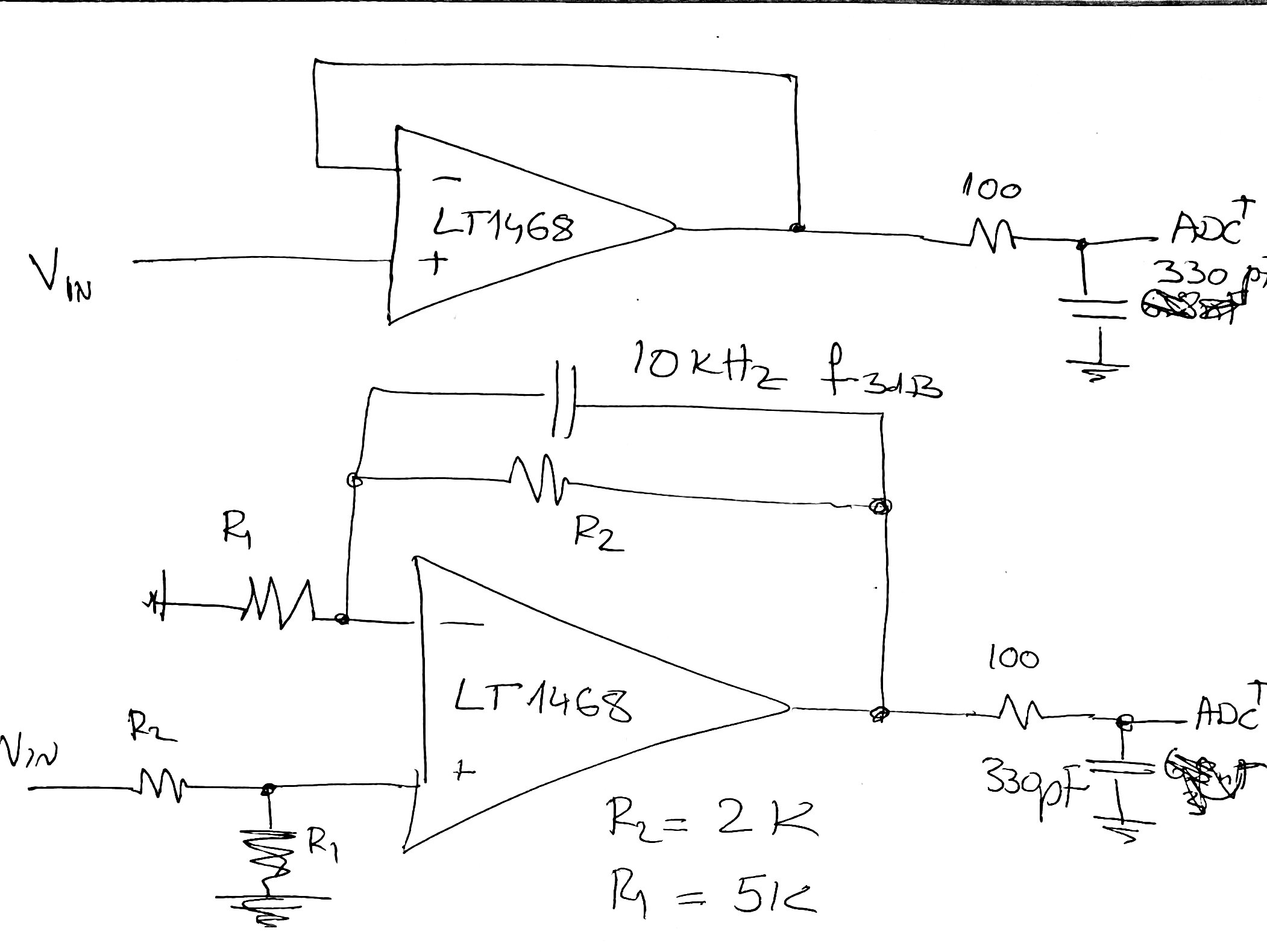 I am designing an ADC driver (20-bit differential ADC) with an input signal range from 0-10kHz, sampled at 1Msps and with 1 LSB of 47uV. I choose 1Msps rate for oversampling factor of 10.

Referring to my quick sketch (showing only one driver side for a bipolar ADC), the buffer configuration is obviously the simplest one, but the op-amp 90Mhz bandwidth means full bandwidth noise present on the op-amp output. However, with 5nV/sqrt(Hz) input noise op-amp, and using an additional RC filter on the ADC input (f-3db ~= 2.5Mhz) the total calculated noise is well under 1 LSB or about 12uV

In the second setup, with 10Khz LP filter the total calculated noise is <1uV. All components including the capacitor are matched to 0.1%

Do I really have the benefits of lower noise with the second setup or I just ask for more trouble with more components on the PCB around the op-amp with possible leakage currents and cross-talks with other traces running around, and not to mention that any mismatch among components will decrease CMRR of an ADC?

The first setup will have a lot more noise, because the filter pole is set at ~5MHz (I can't read it, its cutoff, but I'm assuming 100Î© and 330pf) and the noise contribution from the opamp (which has ~5nV/sqrt(Hz)), the second setup has a gain of 2.5 and bandwidth of 10kHz.

The opamp calculation for white noise is:

So to find a rough cut number (not factoring 1/f noise) for the total noise contribution from the white noise of the opamp there would be:

The noise figure from the second would be about:

But it also is gained up so the noise would be also to about 1.25uVrms

One rule of thumb for designing analog systems minimize the bandwidth of the system, and maintain that bandwidth to the ADC.

Not the answer you're looking for? Browse other questions tagged adc driver or ask your own question.