I am building an LED Cube with my kids and a launchpad. I built a prototype with perf board and its seemed to work pretty well, except the LEDs were dim. They were pretty cheap LEDs, I didn't give it much thought. Well, I decided to have some boards made from seeedstudio for them. Also I bought very bright LEDs. That's the backstory, here's my problem:

I can't seem to get the LEDs to brighten enough.

Sorry, this probably isn't well worded. I hope the schematic can help explain.

This may be better shown with a couple of examples, first we'll look at the emitter side: 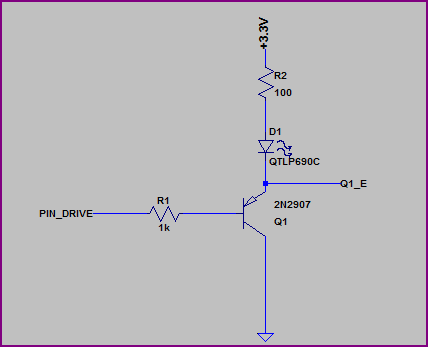 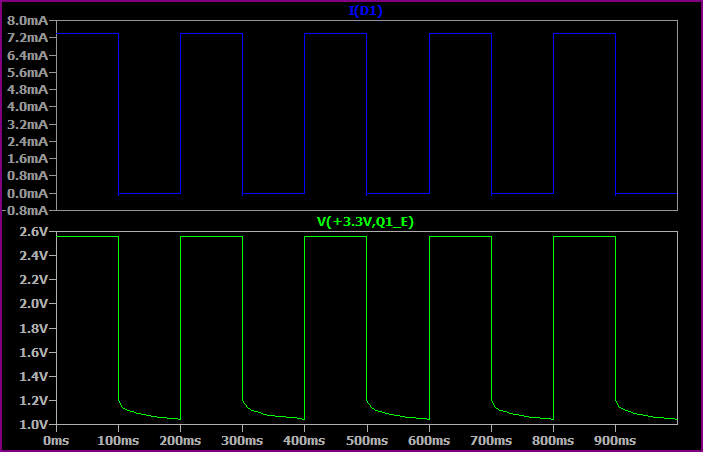 Now let's look at the collector side: 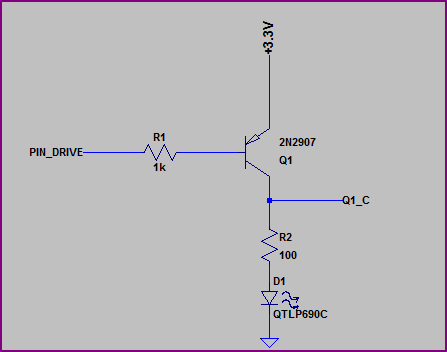 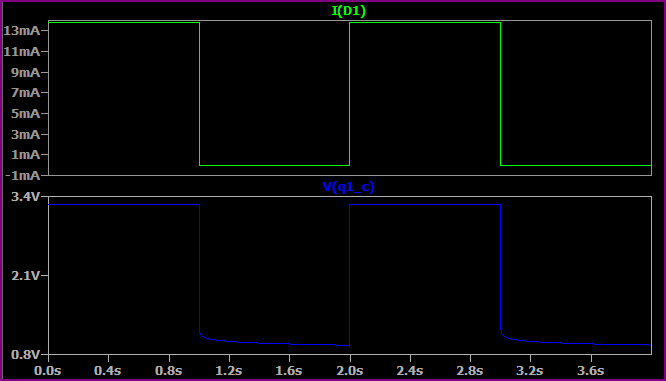 So, remember that the emitter voltage will always be around 0.6V - 0.7V above the base voltage (when base emitter is forward biased) So for example, if the base is at 0V then the emitter is at ~0.6V. If the base was at 1V them the emitter would be at ~1.6V.

EDIT - now we know the LEDs are 3.2Vf nominal, a 3.3V supply makes things a little awkward, ideally you would have a bit more headroom.
However if you study the datasheet (not given) then it should have a IV curve so you should be able to calculate things from this. The 3.2Vf value will probably be given for something like 20mA, for say 10mA it may be 3V, so you can work out the resistor value to give you roughly your desired current.

Well they're working now. Here's what I did:

Apparently I need to learn more about transistors

I forgot to give Resistor values too, I apologize. If it helps anyone with my problem I am using 3.3Ohm Resistors, 3.3V power, with 3.2Vf LEDs, with 470Ohm resistors on the base All columns are PNP and now all rows are NPN transistors

7
Transistor with two voltage levels, Vb ≠ Vcc
2
Transistor With No Voltage to Base
1
Arduino: Common Ground Issue? Powering Buzzer, LEDs via transistor as a switch
2
Switching LED with a transistor
1
How to build a sequential logic circuit with transistors on a breadboard
0
Blinking LED with transistor
1
LED strip doesn't turn off completely by transistor
1
Need help understanding PNP Base into NPN Collecter circuit for LED Array
0
LED driven by MOSFET is dim
1
Why is my transistor switched on even though the collector is not connected