I am trying to simulate a simple RL circuit as shown below, the top one using inductor from the component library and the bottom one is picked from the database. 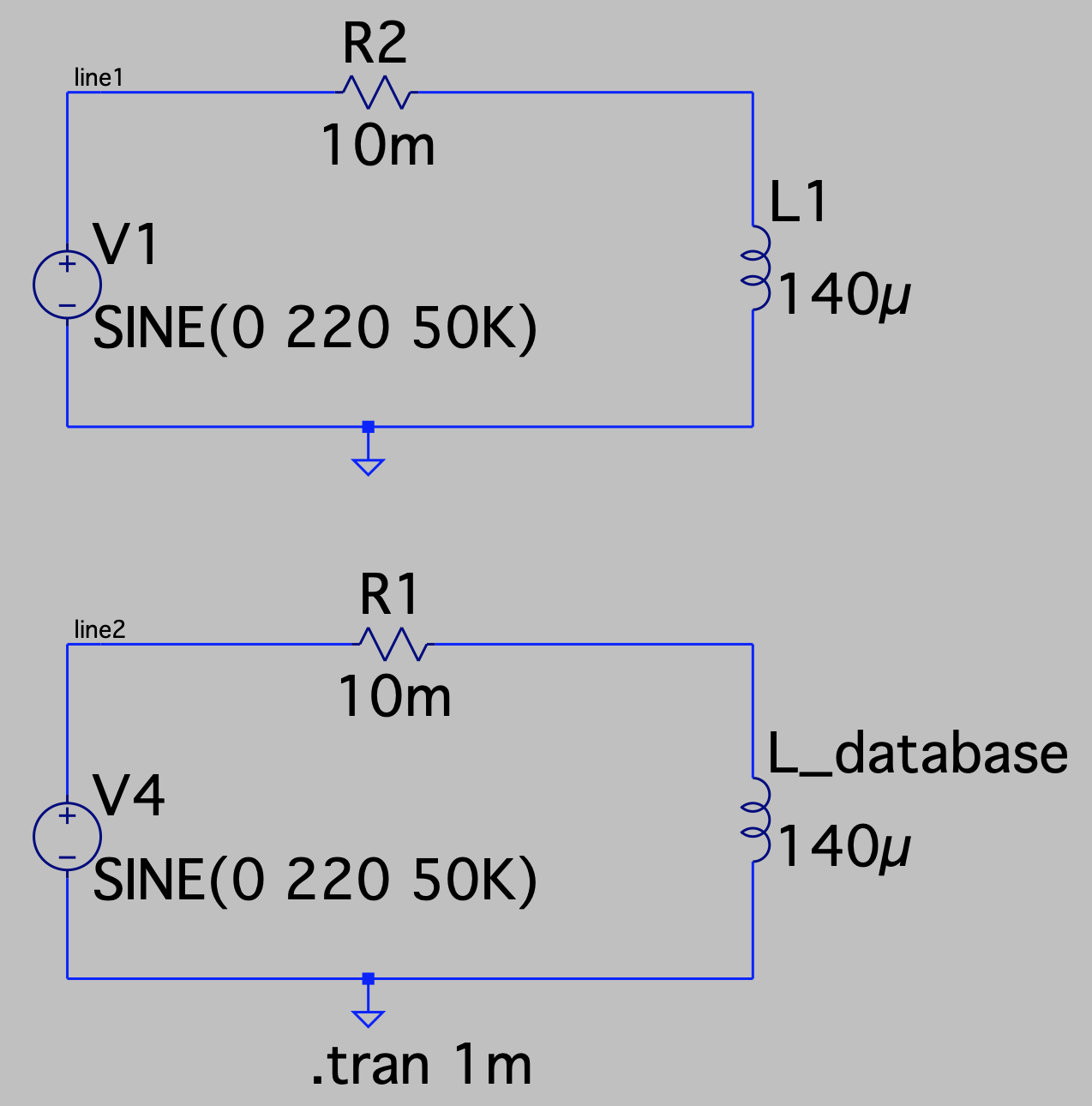 Below is the properties of L1 inductor 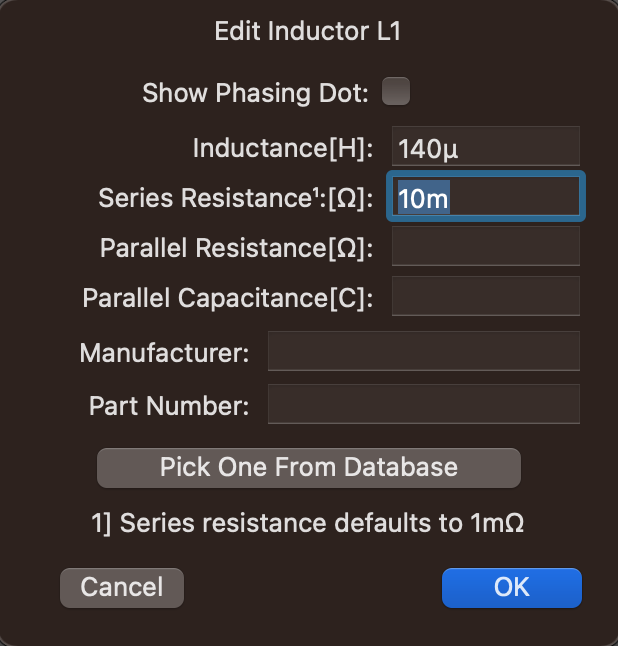 And below is the properties of the L_database inductor 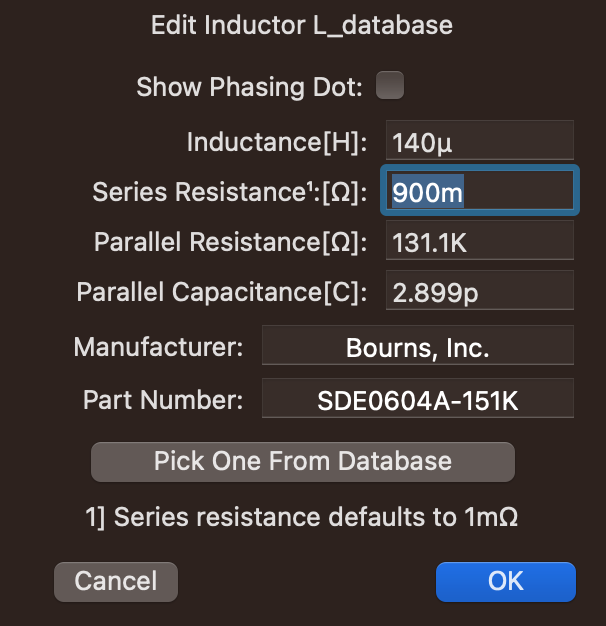 When I run the transient simulation I see the current in the L1 inductor does not have any negative value but the L_database inductor has the negative value. 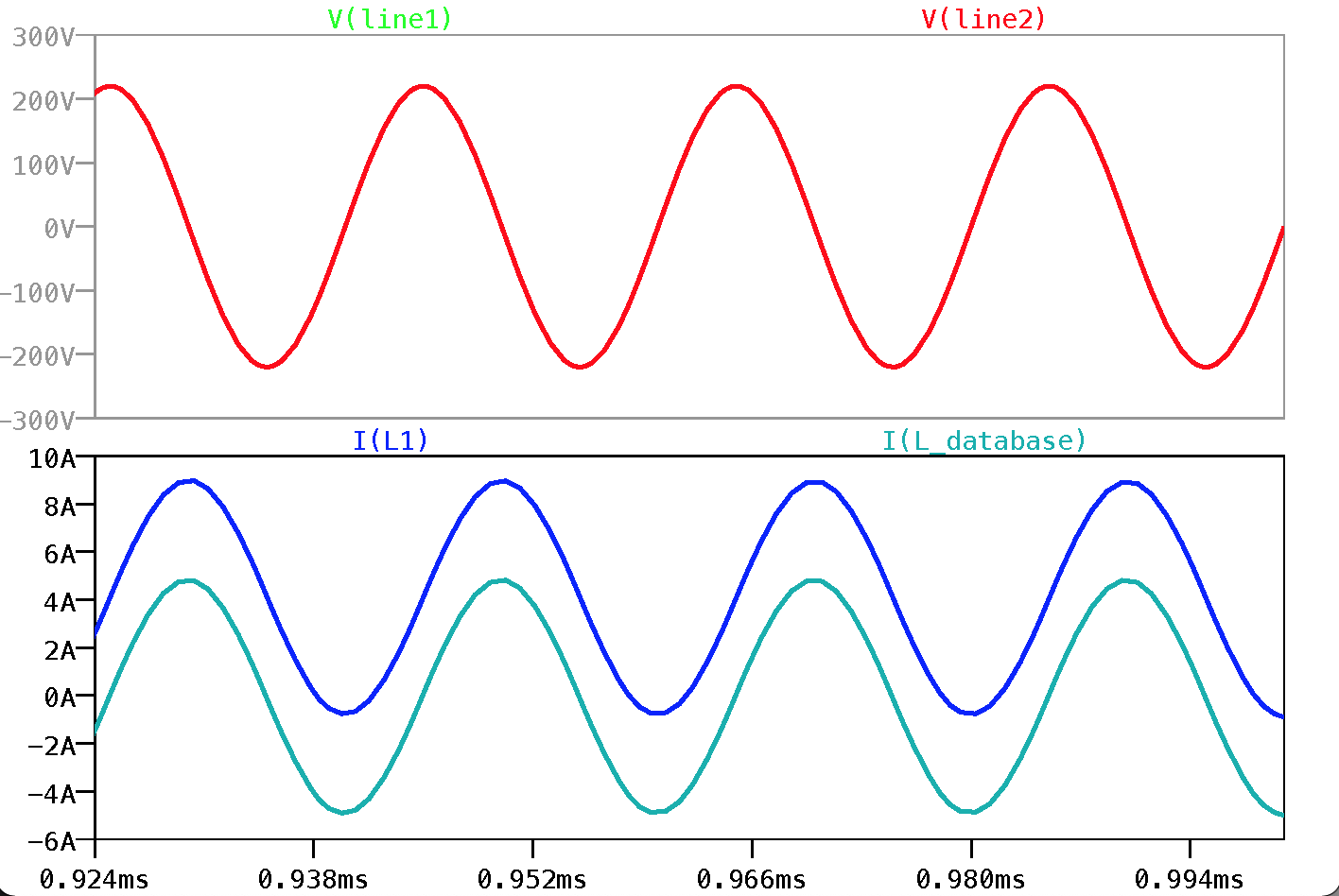 The question is why the ideal inductor in LTspice is not showing the negative half of the current but the database inductor is showing correctly?

My big suspicion is that your sine wave voltage excitation is initially applied when the sine wave voltage is passing through 0 volts. So, assuming that you are, the inductors in both scenarios will "integrate" the applied voltage to produce their respective currents AND, what you will find is that the first current cycle of both inductors will be almost perfectly raised above 0 amps in their respective waveforms.

This is what will happen with an ideal inductor when you apply a sinewave at t=0. Here's my simulation of 140 ÎĽH in series with 0.01 Î©: - 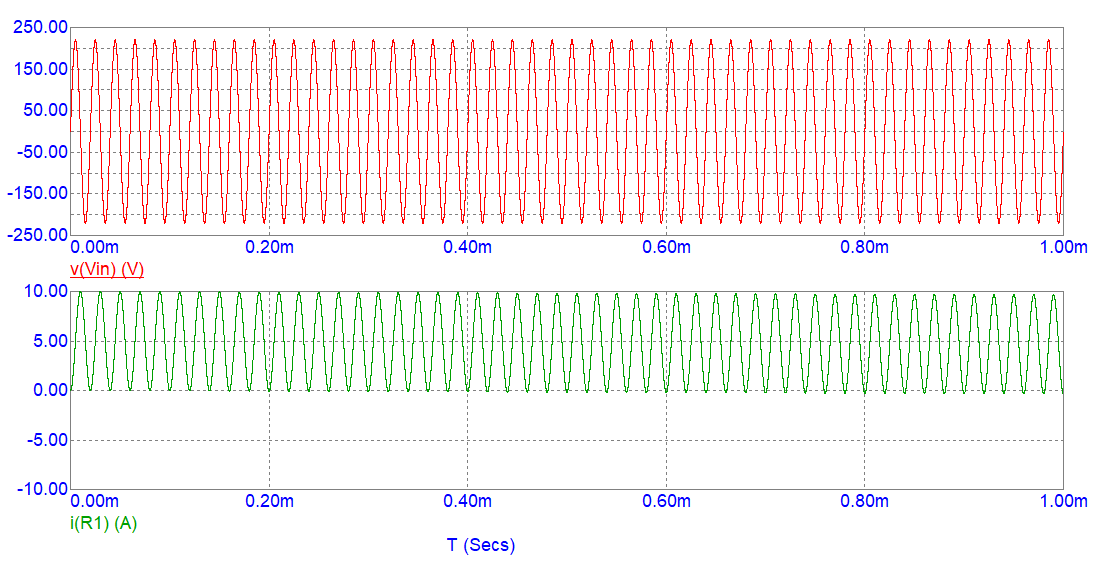 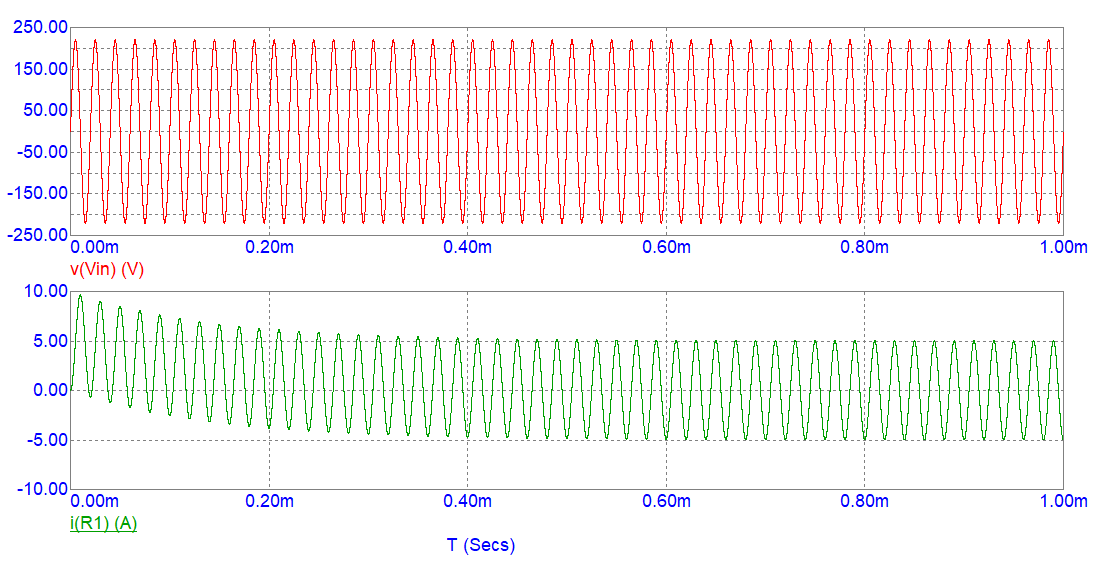 Instead, you should apply a cosine wave because that will naturally force the resulting current to be close to its long-term natural value: - 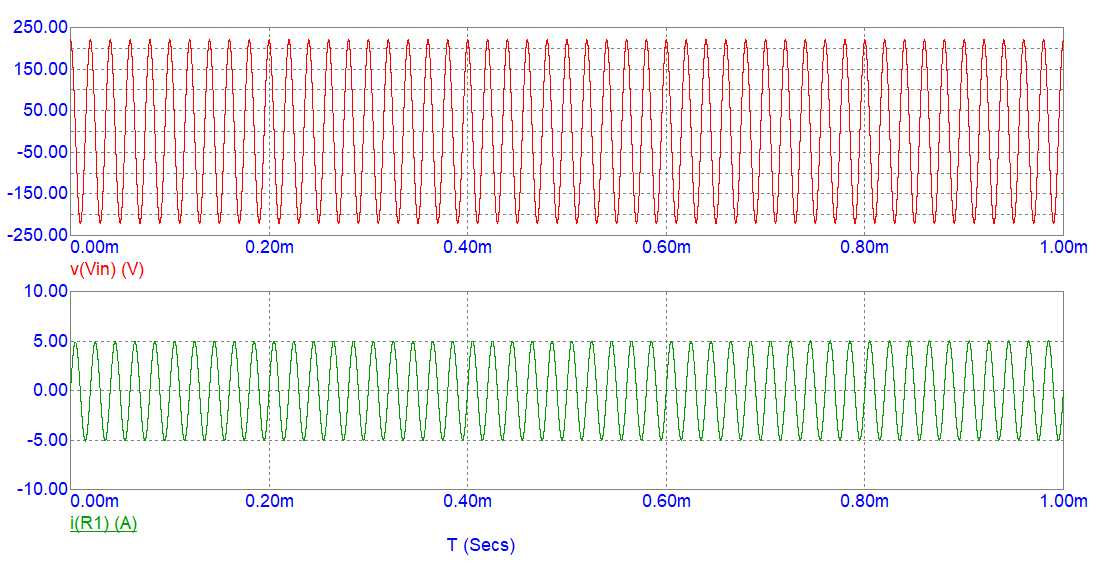 Not the answer you're looking for? Browse other questions tagged ac ltspice inductor transient or ask your own question.

2
LTSpice divergence between AC analysis and transient analysis for low frequency gain
0
LTSpice resonant circuit simulation non-idealities
0
How do you model differential inductor in LTspice?
0
LTSpice: simulate transient voltage and current in RL-circuit
0
How do I eliminate a "Missing expression in .." error message in LTspice XVII simulation
0
How to find current through inductor when connected in series with an ideal diode?
1
Question about the close-loop AC-Sweep simulation result of ADA4625-1 using LTSpice
7
LTSpice: Why are my capacitors half charged at simulation start?