How much current does it consume?

For the design of the PCB nets I need to know the current consumption of a TFT screen and an SD module. The display microcontroller is the ST7735. In its datasheet I have found the following table: 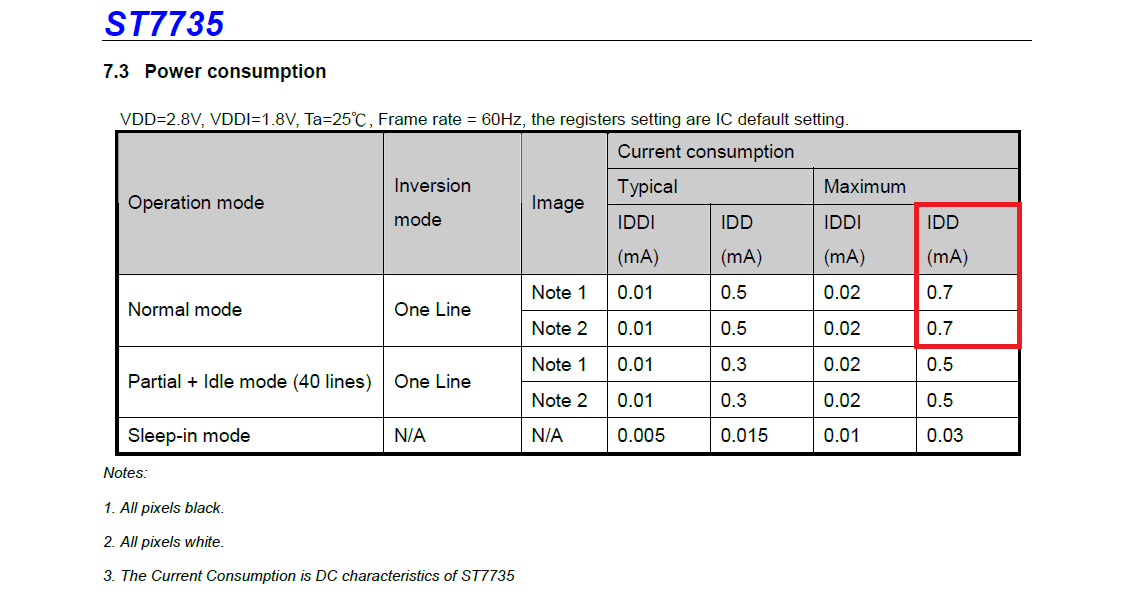 The current to be aware of is the IDD in the "Maximum" column I imagine. But what is the difference between them? It seems that both "IDDI" and "VDDI" refer to an interface but I don't know what it means exactly.

About the SD module I can't find the data sheet. Does anyone know how much it can consume more or less?

VDDI is used for the logic (e.g., GPIO), whereas VDD is the main source of power to the IC.

According to the Wikipedia page on SD cards, they can consume up to 2.9W which would be almost 900mA from 3.3V. The maximum current will be during write operations.

The controller chip on the LCD module is likely insignificant in current draw in comparison to other things on the module. You should find specs on the entire module. Most likely everything sans backlight will be 10mA or less, so not important for reasonable trace widths. The backlight is probably in the 100mA or more range for a 3”-ish LCD display, so worth finding the specs.