Why is the circuit board abreviation for transistor "Q"?

On circuit boards, I see that transistors are "Q", but why Q? Shouldn't "TR" be transformer, so transistor can be "T" because transistors seem to be more common then transformers.

There are claims that, after initial chaos, eventually the letter Q was chosen because of the popular TO18/TO39 case styles. 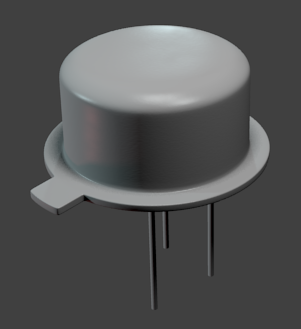 Just look at it from the bottom: 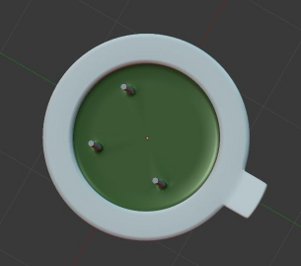 And of course, 'T' had been used for transformers since decades earlier.

Now, finding trustworthy sources available on the web... well, it hasn't been a lucky few minutes for me, but I know I read this somewhere in print years ago.

Here's the rumor I have read somewhere: When transistors were new, they were that strange part no one was really using yet. "T" was already taken (transformer), and the not-so-often used letter "Q" was (i) not used for anything else and (ii) seemed appropriate for a not-so-often used type of component.

I have stopped worrying about how to call parts. The letters are not used consistently in different parts of the world - "Q" for transistors, for instance, is an American tradition; Europeans often call transistors "T". Except for Germany, where discrete semiconductors (diodes, transistors) tend to be called "V" in some companies even though the standard DIN EN 60617 suggesting the letter "V" is not even valid any more, iirc. The current standard, DIN EN 61346, suggests the letter "K" for transistors, but I've met no one who is really hardcore enough to actually use it.

Oh, and I've just found out that DIN EN 61346 has been withdrawn and replaced by IEC 81346. The German wikipedia article has a complete list about all the suggested reference designators, and you can clearly see how the goal of finding one big classification, valid for everything and anything from board level design to industrial automation in large installations, has led to a big table that has FUBARed everything. Search for the term "transistor" in the wikipedia article, and you'll find that you're supposed to use "KF"!

(My) Summary of the Codification History:

1990's IEEE tries to update it, but realizes its pointless (e.g. good enough)

From Wikipedia (emphasis mine):

IEEE 200-1975 "Standard Reference Designations for Electrical and Electronics Parts and Equipments" is a standard that was used to define referencing naming systems for collections of electronic equipment. IEEE 200 was ratified in 1975. The IEEE renewed the standard in the 1990s, but withdrew it from active support shortly thereafter. This document also has an ANSI document number, ANSI Y32.16-1975. This standard codified information from, among other sources, a United States military standard MIL-STD-16 which dates back to at least the 1950s in American industry.

Not the answer you're looking for? Browse other questions tagged pcb terminology or ask your own question.

0
Why PNP transistor might be opened even though (almost) nothing is connected to the base?
2
How long can room light shine on the board after exposure before board becomes useless?
5
Electronic wearing of a printed circuit board?
0
Why don't PC power supplies require heavy transformers?
4
Is it safe to rub WD-40 in to a brass insert on a circuit board?
11
What are these uniform traces that extend to the board edge?
0
How to choose the correct transistor?
5
Looking for the solution for very close board interconnect using pin headers