Why does the current still increase in CC mode in a power supply?

I use a power supply where the specs shown here: http://electronics123.net/amazon/datasheet/ps613u.pdf

I want to use it as a current source but the current is not stable in cc mode. Here what I experience:

For example, I set the current limit to 0.05 ampere. The load is pure resistive. For the currents lower than 0.05 ampere, the power supply is in cv (constant voltage mode) that is to say when I increase the voltage the current increases proportionally(since the load is a resistance and it is a DC source). So far so good. Then I expect that when I continue increasing the voltage (which increases the current as a consequence) after 0.05 amp the current must remain the same even though I try to increase the voltage more by turning the coarse. But what I see is voltage and current still slightly increase. I didn't do a similar experiment just by a variable resistor but I'm confused why the set current after a point doesn't remain constant accurately.

Recently I found the following article which might be related: http://powersupplyblog.tm.agilent.com/2013/01/the-difference-between-constant-current.html

But the supply specs I use says it is cc not cl. Could you expound on it if you have any idea?

But the supply specs I use says it is cc not cl. Could you expound on it if you have any idea?

Look at the front page of your manual: - 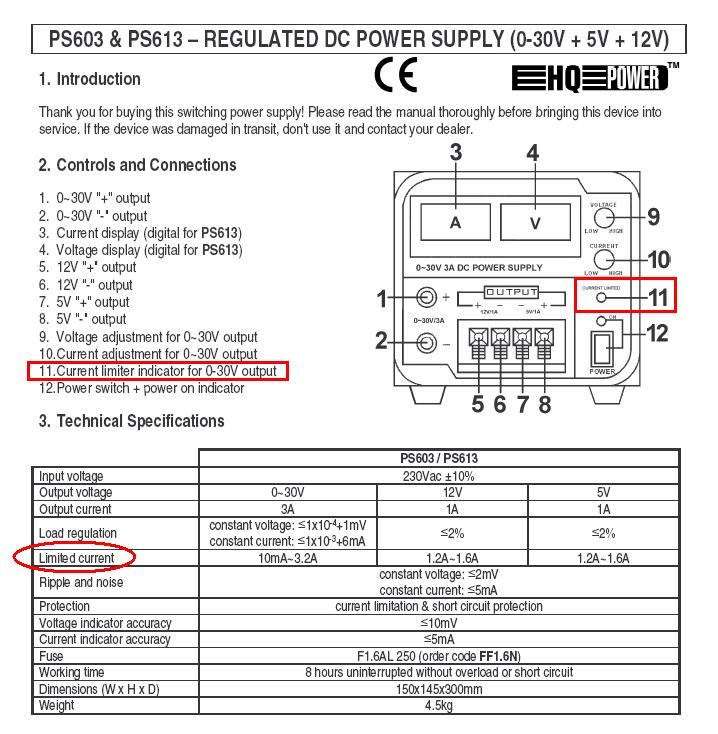 Now look at the other link you provided: - 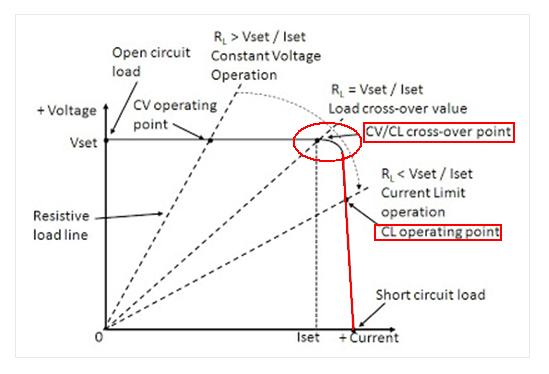 Not the answer you're looking for? Browse other questions tagged power-supply constant-current or ask your own question.