A bit of a story here: I would like to be able to quickly and easily turn on/off captioning on the cable TV box. Normally this would require 10(!) button presses.

It's hard to be sure, but I expect that no commonly available universal remote control can be programmed to automate 10 button presses.

Having formal training in electronics, I easily used an Arduino to record all the necessary IR signals (via a sensor/demodulator) to accomplish the function.

My first attack on this problem was to make a program running on an Arduino that would accomplish this function. It worked, but it's such an over-kill... Also, you need to wait for it to boot (1? second). Edit: I could try modifying the board to shorten this boot time.

I don't have an EPROM burner, otherwise I would wonder about clocking a counter at 38 kHz and addressing an EPROM and using 1 bit to operate an IR LED (via a 2N2222).

If I were to stick with an Arduino, I think I would use the PWM to make the pulses. (Before I enabled a 555 astable which did the driving).

What is the easiest way to get this done?

microcontroller infrared remote-control
share|improve this question
edited May 17 '14 at 8:26

I would recommend you use a cheap microcontroller with internal clock and bitbang the protocol on one output pin. 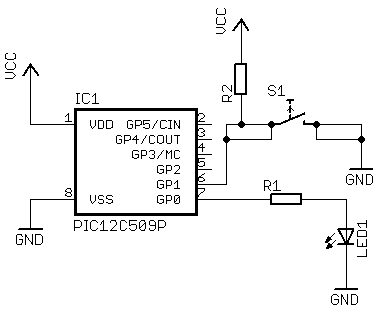 This is a bit opinion-based, but IMO the easiest way is to identify the protocol and button sequence, and then program a micro-controller to emit the sequence. Any uC can be programmed to do this.

When someone asks for 'the easiest way to do something' it is always a problem that what is easy for one person might not be easy for another one. This can of course be solved with a clock generator, counter, (e)eprom... But then you are half-way to building your own controller!

Not the answer you're looking for? Browse other questions tagged microcontroller infrared remote-control or ask your own question.

2
How do I burn an ATmega328 chip via Arduino UNO as ISP?
0
Decode an infrared signal with an IR demodulator inside a microphone jack
0
I want to use logic analyzer to learn remote control IR codes