Would an unconnected coaxial cable act as a wifi antenna?

I am building an underwater drone and I connect to it via wifi when it is at the surface. The wifi signal often gets blocked by water waves though. I don't really want to have another penetration of the pressure housing and wondered what would happen if I took 50cm of RG58 coaxial cable, stripped 5cm of shielding from either end, attached one end to the housing close to the wifi transmitter and had the other end poking up out of the water. The shielding of the housing cable end would be exposed to the water for grounding.

Would there be any useful wifi transmission/receiving signal at the above water cable end? The connection runs Remote Desktop so I don't need a particularly large bandwidth, just something to make the wifi connection slightly more reliable.

A better idea would be to get a real WIFI antenna, small enough so it can be sealed, and use that. There's no chance that a stripped piece of wire will perform better than an antenna specifically tuned to 2.4 GHz. Something like this: 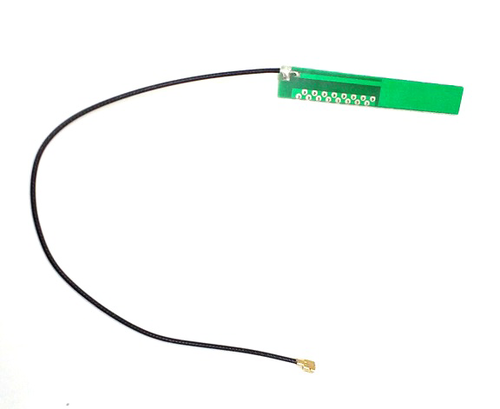 took 50cm of RG58 coaxial cable, stripped 5cm of shielding from either end, attached one end to the housing close to the wifi transmitter and had the other end poking up out of the water.

That would allow water to get into the cable, rendering it useless. RG58 performance at 2.4GHz is not great even when dry.

And even when you could magically keep the water away from either cable end, this construction does not work because only a tiny amount of power actually couples into the cable - barely enough for a sensitive receiver but not enough to re-radiate it witout some ampilifier.

I have experimented with crude mono-pole antennas made out of coaxial cable by stripping off the shielding at both ends and letting lambda/4 piece of cable exposed and it worked quite well. This was over the air, I am not sure about underwater.

Not the answer you're looking for? Browse other questions tagged antenna wifi coax or ask your own question.