Is it normal/common to use this way of connecting point to point wire?

I want to make a circuit and am uncertain if the following is feasible/common and if there are better solution.

From the pin headers (the light blue circles), e.g. GndIn (upper yellow circle), I want to use 24AWG stranded wire to three other places on my protoboard (and one other), see the lower yellow circle.

And I have actually the same questions for IC pins (not clearly shown in my example picture).

The protoboard I use is this type: 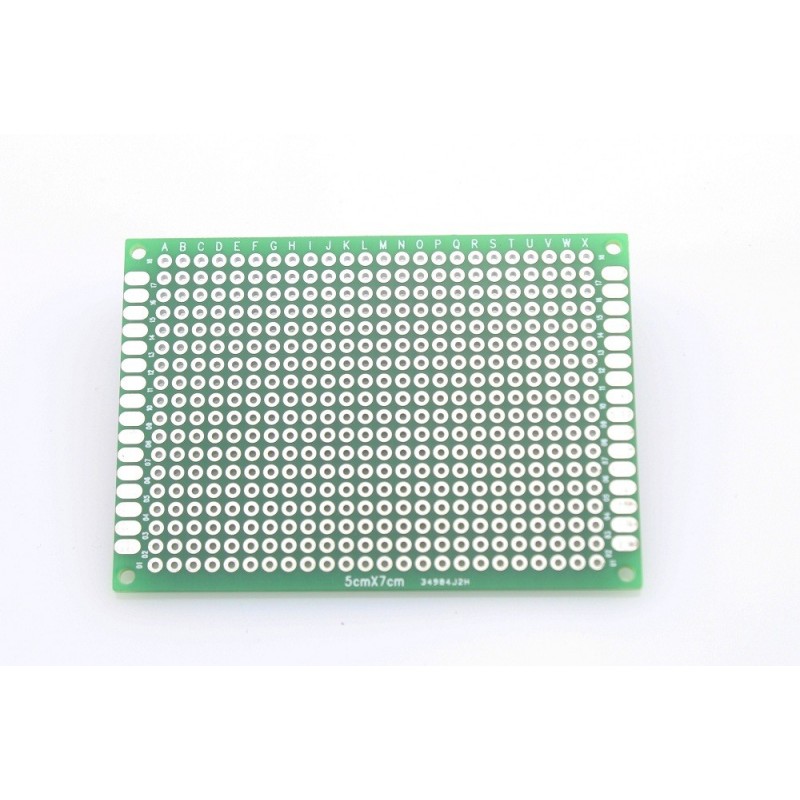 With so many unused holes, you can be more creative in routing jumper wires to holes and expand the number common pads. Use the adjacent row if necessary.

My recommendation would be to only have one or two wires per pad and to daisy-chain your connections. It will make soldering easier and fault-finding less confusing.

On the other hand, if you can get three wires through the hole then there's nothing to stop you soldering all three. 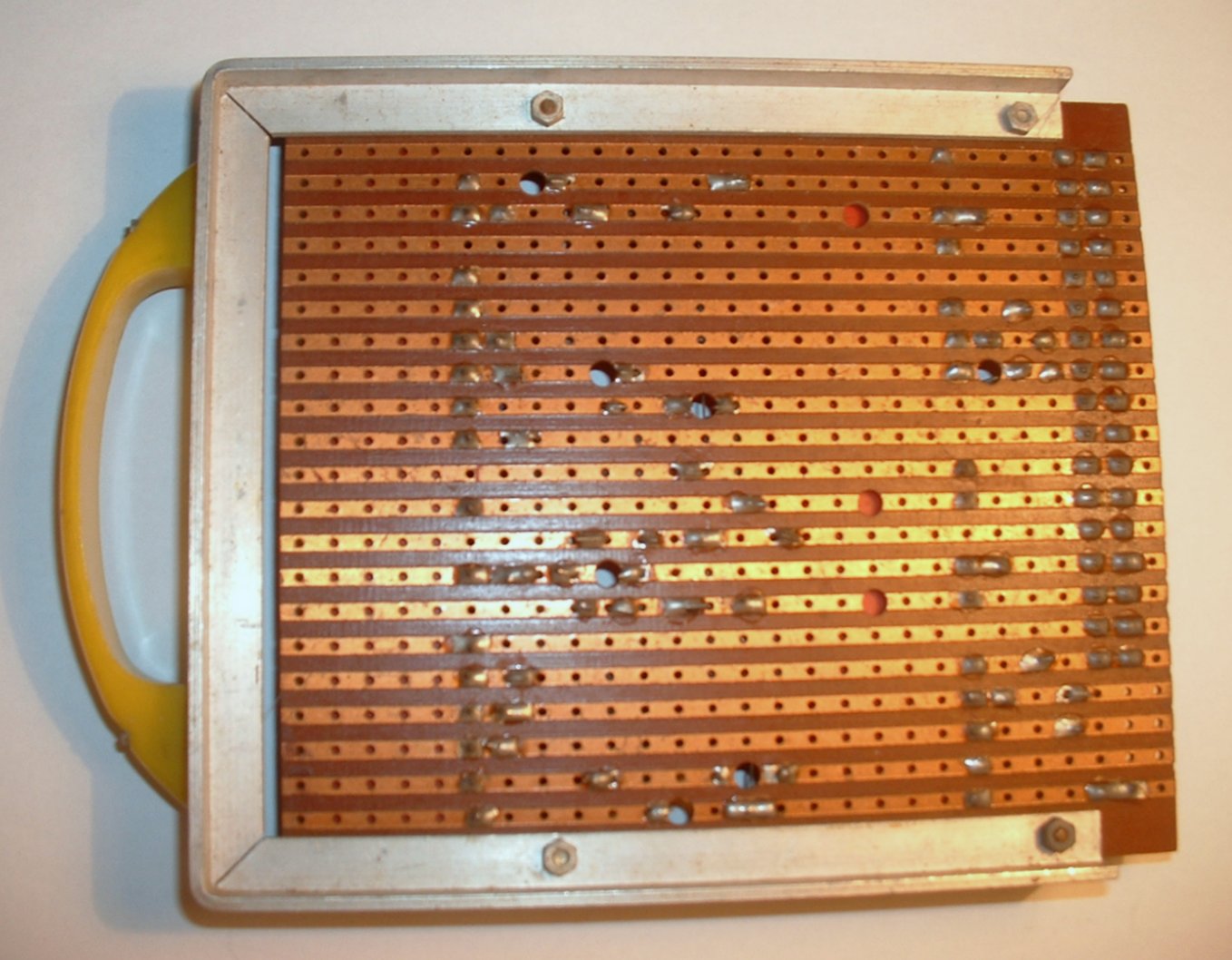 Figure 1. The underside of a project made on Veroboard. Note the neat solder joints and the holes drilled through to break the tracks. Image source: Wikipedia Veroboard.

Figure 2. A Vero tool is rotated by hand to remove copper around any hole thereby isolating the strips either side of that hole. This tool doesn't go right through the board as in Figure 1.

I've only used that type of board a couple of times and found it very difficult to make a good looking job. The standard strip-board or Veroboard is much simpler to use and very versatile. 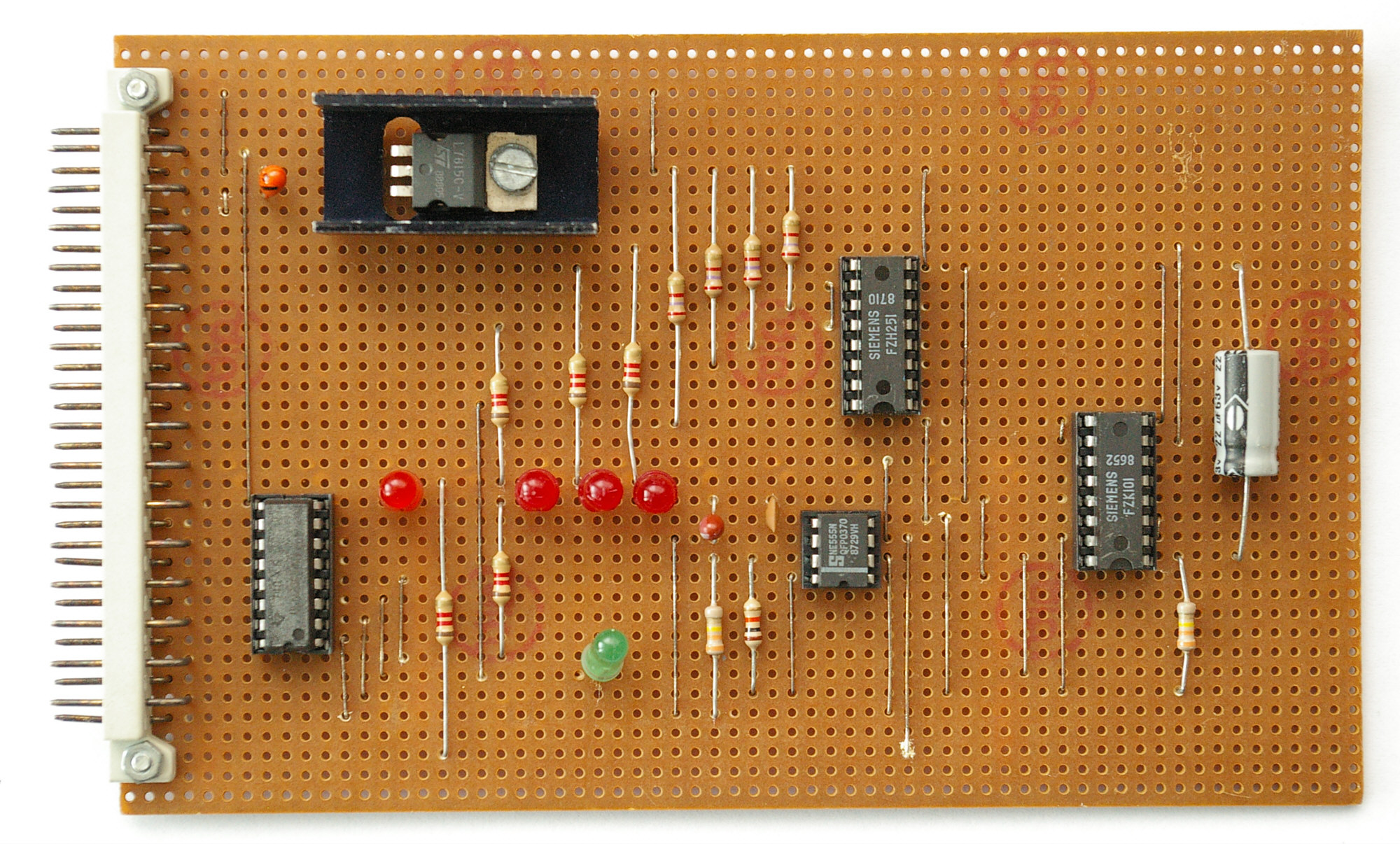 Figure 3. Rather neat circuits can be built on Veroboard if the components can be mounted perpendicularly to the direction of the copper tracks. Here there are no flying wires and all cross-connections are done with components or wire links. Image: Wikimedia Commons.

Other options such as solderless breadboard patterned versions exist also. 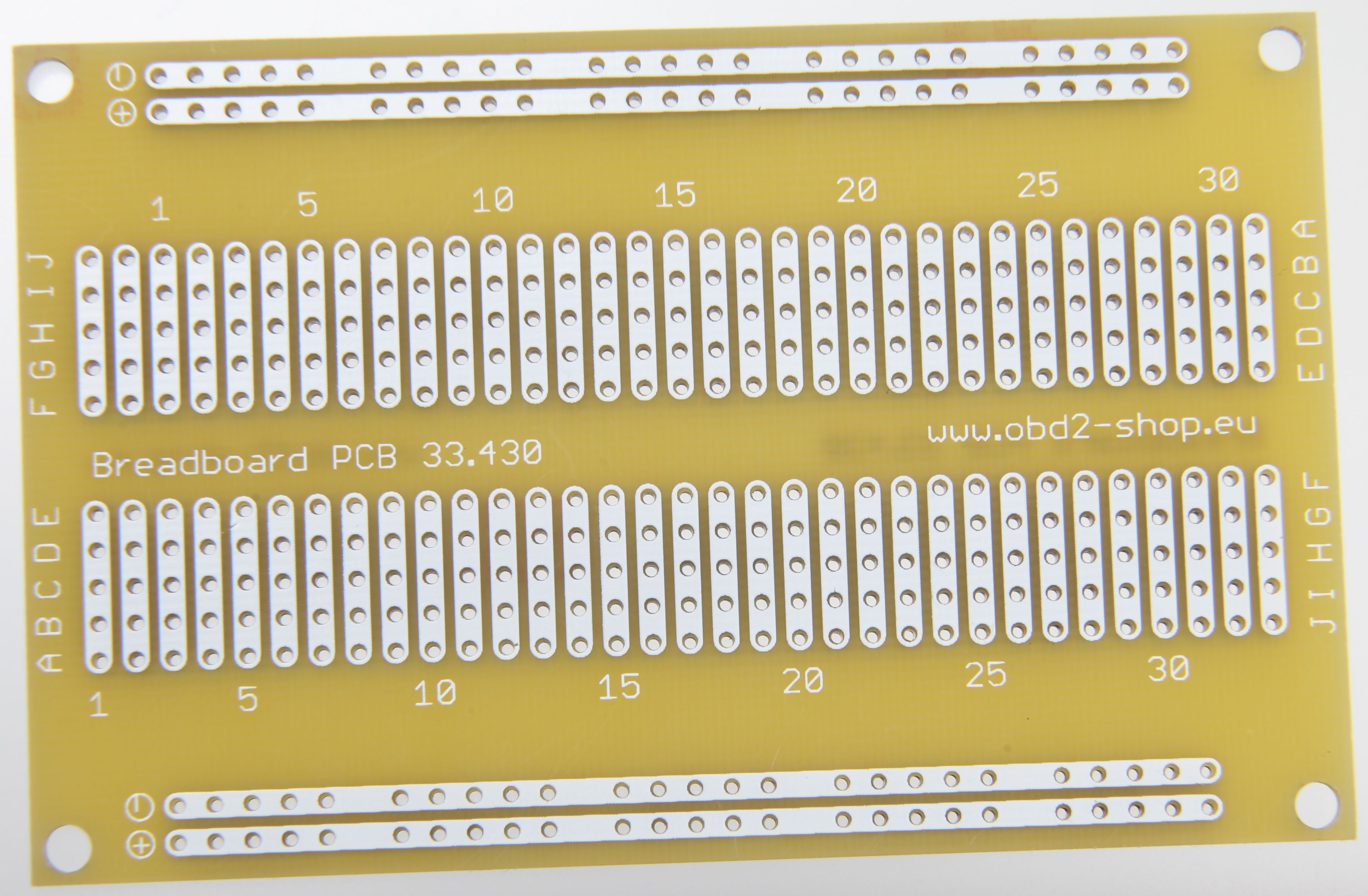 There are many stripboard designers available which allow you to place components, links and break tracks. These can help to generate a plan for a very neat layout.

Unlike stripboard or the plastic breadboards, that board appears to have no connections between holes, so you have to make any between-hole connections yourself.

If you have a component inserted in a hole, it may be easier to solder the wire to that hole/component lead, rather than putting the wire in an adjacent hole, then trying to connect the two holes. (You'll find that solder will bridge large gaps where you don't want it to, but won't bridge a microscopic gap where you do want it to).

Not the answer you're looking for? Browse other questions tagged soldering protoboard or ask your own question.

2
Looking for tools or technique to design circuits on PCB prototype boards
1
How do I transfer this circuit to stripboard?
0
Design of circuit and soldering onto veroboard
0
Building using single sided PCB proto-board
0
Perfboard soldering distance

1
How is the board connected to this chip?
0
What is a good way to solder small transistor to wire?
2
Possible to Solder top of through-hole header?
4
Wiring and soldering a prototype board
0
How to get rectangular angles for point to point wiring on a protoboard
0
What is a good technique for a soldering novice to connect IC pins to female pin headers on a protoboard?
0
How to solder a breakout board to a prototype board without edge castellation?