Do high and low side labels on bidirectional logic level converters matter?

Logic level converters like this one from Sparkfun have high side and low side labels on them. Now i have an application where I think I need to shift logic levels but the high side and the low side are likely to swap at some point due to changes in battery voltage over time. 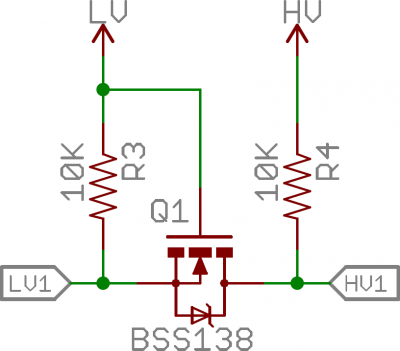 This is intended for a battery powered project with an expected runtime of a year where an ATTiny85 that can natively work between 2.6V and 6V and is directly connected to the battery will be talking to an ESP that is behind a 3.3V regulator because it can not handle more than +-0.5V deviation from 3.3v on any of the pins. The ESP (regulator) will brownout much earlier but that is OK.

I started reading the BSS138's Datasheet and could not find any mention for or against swapping sides.

So I built a very minimalistic simulation of the circuit. According to the simulation the source-drain is passed in either direction in "normal" operation while sticking to the high and low side labels. 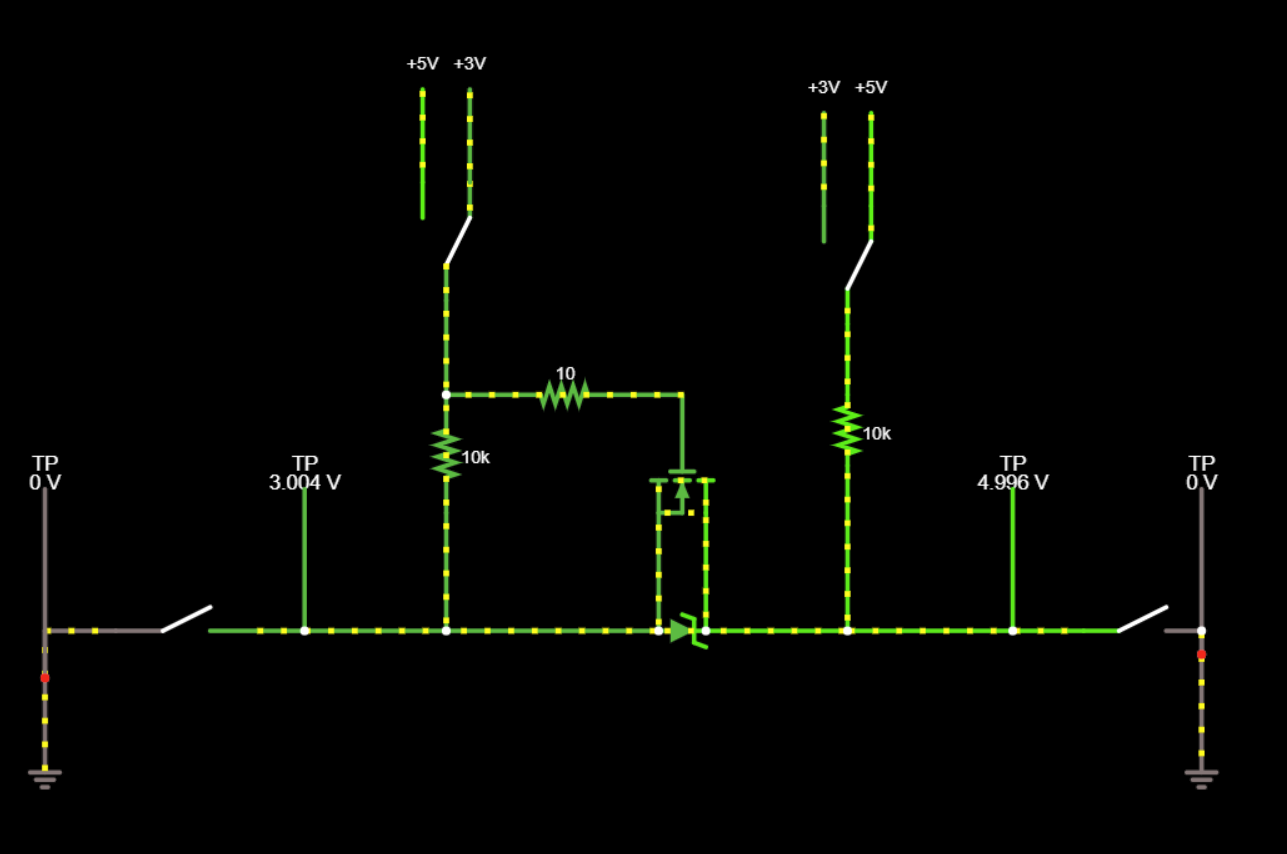 Further simulations swapping the high/low sides and even having them the same voltage did seem to work.

Is there any downside to swapping the high/low sides with a logic level converter based on a BSS138?

Thank you Dave for your answer. 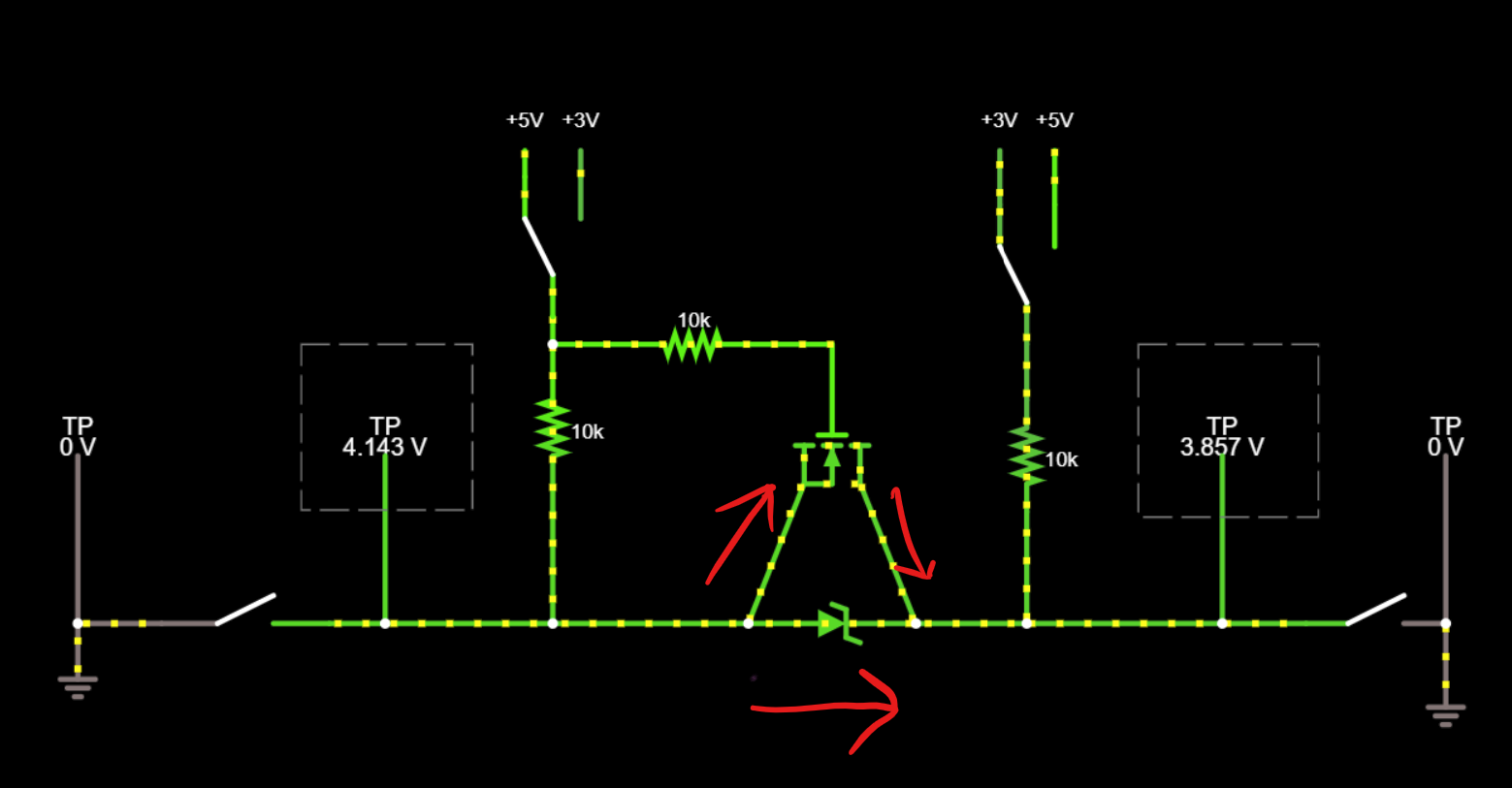 Yes, they matter. See that body diode on the MOSFET? It must be reverse-biased when both signal lines are being pulled high.

Otherwise, the HV side is trying to pull the LV side higher than the LV supply voltage. If that wasn't a problem, you wouldn't need the level shifter in the first place.

If you can find a MOSFET that doesn't have its substrate internally shorted to the source pin (i.e., it is brought out to a fourth pin), then you can do what you want. Connect the substrate to ground (the most negative point in your circuit), and then you can use the source and drain terminals interchangeably.

Not the answer you're looking for? Browse other questions tagged battery-operated logic-level or ask your own question.