Help Identifying a chip from a Schlage lock 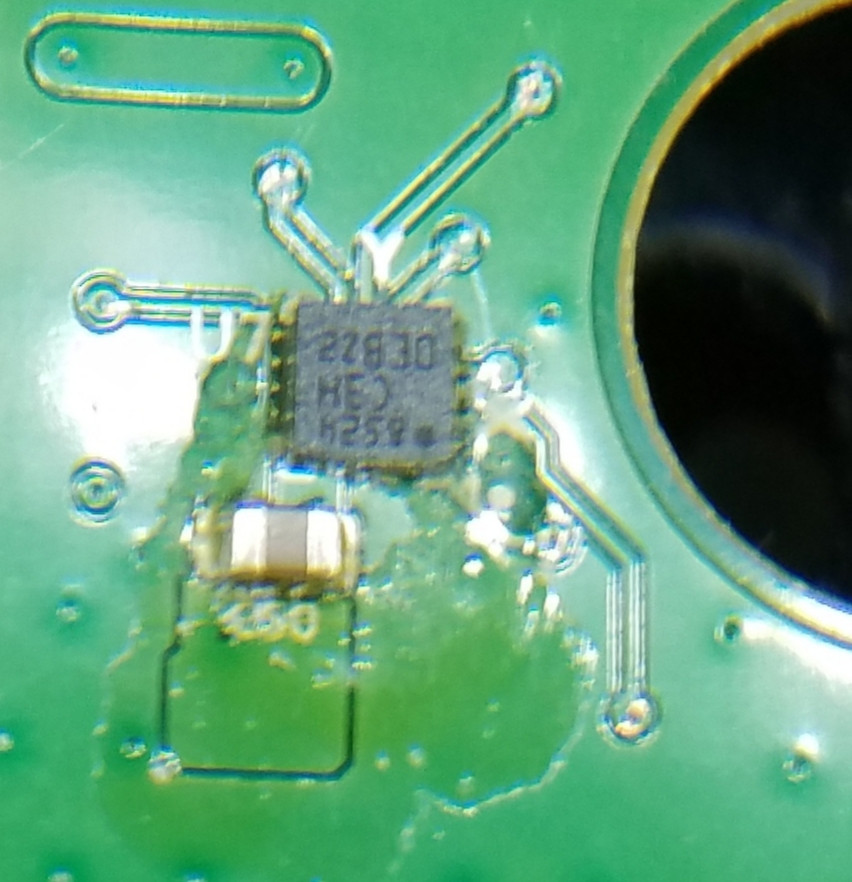 I'm trying to identify this chip. The info I've been able to gather is the following:

Thanks for the help.

I've added a picture. The lock is Schlage BE469

Considering the way that those letters are oriented, along with that style of IC package, then this IC is probably an accelerometer.

Looking at this cropped version of the original photo, I've marked the "Y" and (I think) the "X" which you mentioned: 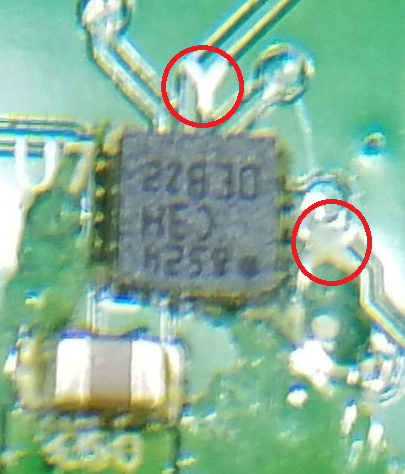 In an electronic lock, an accelerometer could be used to detect tampering e.g the lock being removed from the door (change of orientation, while the lock is set), or the shock from external attempts to force the door.

Update: I just looked on a product page for your Schlage BE469 lock, which refers to a "built-in alarm" feature. For example, the lock's user guide refers to a "Tamper" setting (page 8), which "Alarms when the lock is disturbed". A classic use for an accelerometer in modern consumer electronics is detecting the mechanical shock when someone attempts to tamper with a device, so that helps to confirm that the lock does likely contain an accelerometer.

Therefore I suggest to focus the search for an accelerometer as that IC, if you want to identify a specific device.

(On a side note, from the amount of apparent flux that's visible around it, someone might have tried to replace that IC already.)

Its a LIS3DHTR 3-axis Accelerometer from STMicro

Could it be this one (Renesas Low Skew, 1-to-22 Differential-to-HSTL Fanout Buffer):
https://www.idt.com/eu/en/document/dst/8524-datasheet
This one actually has 64 pins, but you seem to be uncertain as to the actual number and 22 is not giving a whole number when divided by four.
You should have uploaded a photo of the whole board, so that we can see whatever detail is available on the chip.

There are a number of LM324 equivalents that include 8524 in the part number. For example NJM8524. Have a look at the pinout and surrounding components on the PCB to see if it looks like a quad op-amp.

If it's something really custom, you will find it difficult to get data on anyway, so I would take the approach it's likely to be a jellybean type component, so look at common devices i.e. opamps.

Not the answer you're looking for? Browse other questions tagged pcb integrated-circuit identification or ask your own question.