I have this project to build an instrumentation system to measure the respiratory rate.

Since the variation was pretty small (the temperature varies between 25ºC and 28ºC) we needed to amplify the signal. For that we thought about using an instrumentation amplifier - INA128. However it wasn't available in the simulator we were using (which is TINA-TI) so we built the equivalent circuit.

I wanted to know if this is a good option to aquire and amplify this signal, and if this circuit is correct. 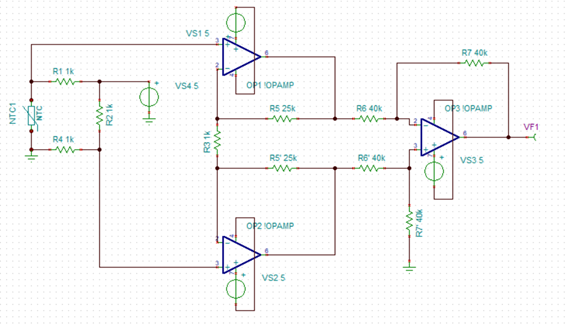 To be able to simulate the signal, we measured the signals on the points that were connected to the opamps, and used voltage sources with similar signals.

As you can see, the output has a DC component.

I wanted to know if there is something wrong with our Wheatstone bridge that could be causing that.

You should not apply power rails to op-amps like you have done: - 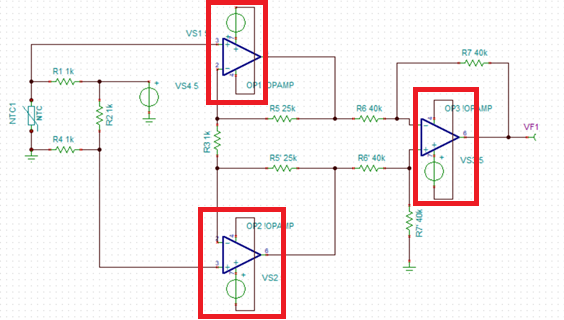 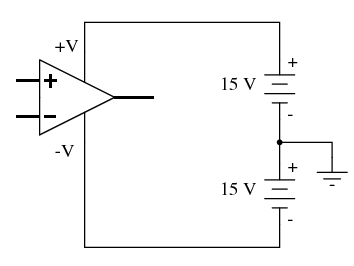 Not the answer you're looking for? Browse other questions tagged operational-amplifier instrumentation-amplifier thermistor wheatstone-bridge or ask your own question.