Why can't I power a brushed DC motor from a powerbank?

Today, I've tried powering an 8520 coreless brushed 3-5V 0.15A DC motor from a 5V/1A power bank. The powerbank is unfortunately unspecified (its old and was originally a part of a company gift bag, so no receipt or model number, anything).

This is the PB's power management chip: 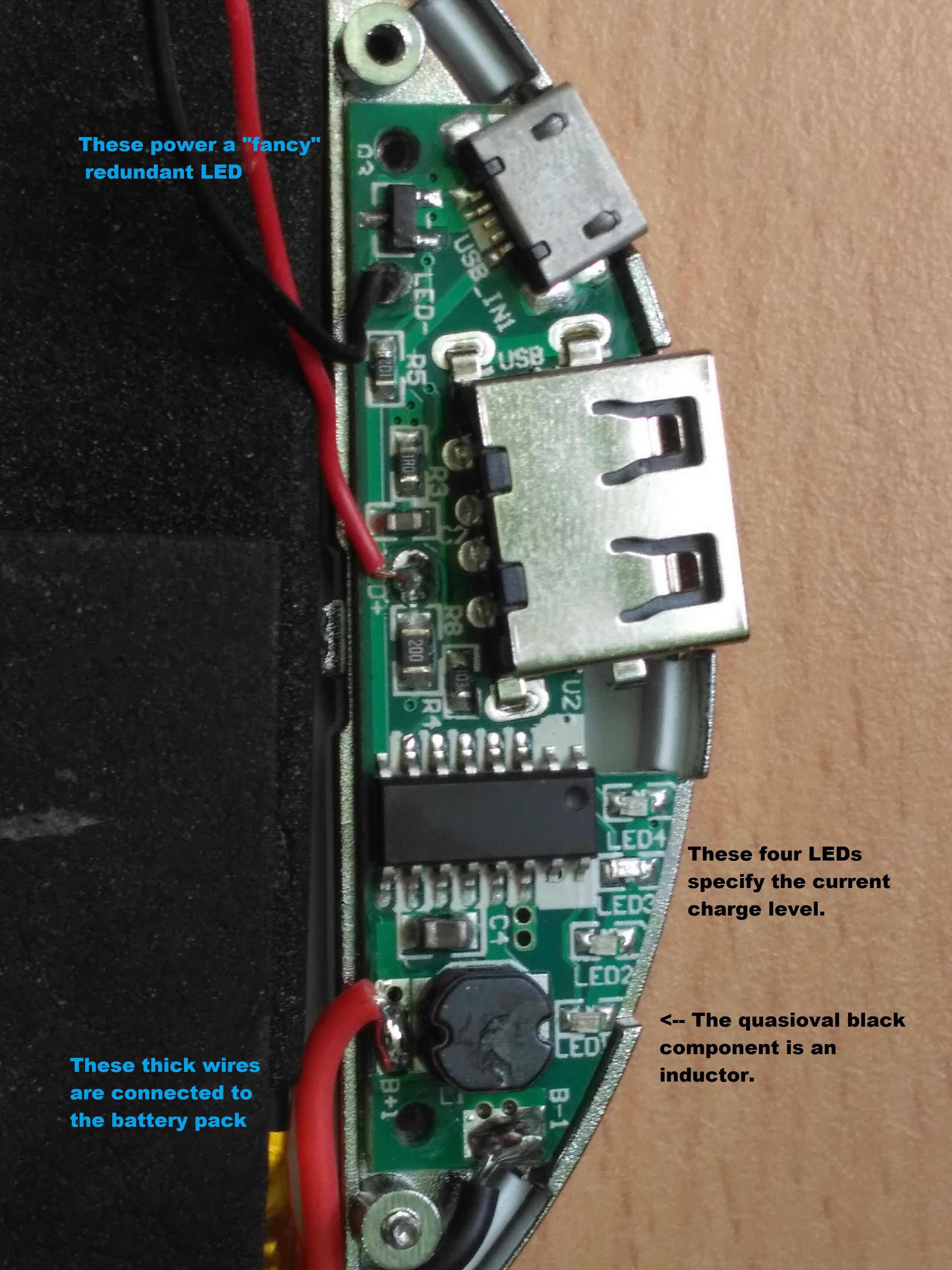 This is the bottom view of the same chip: 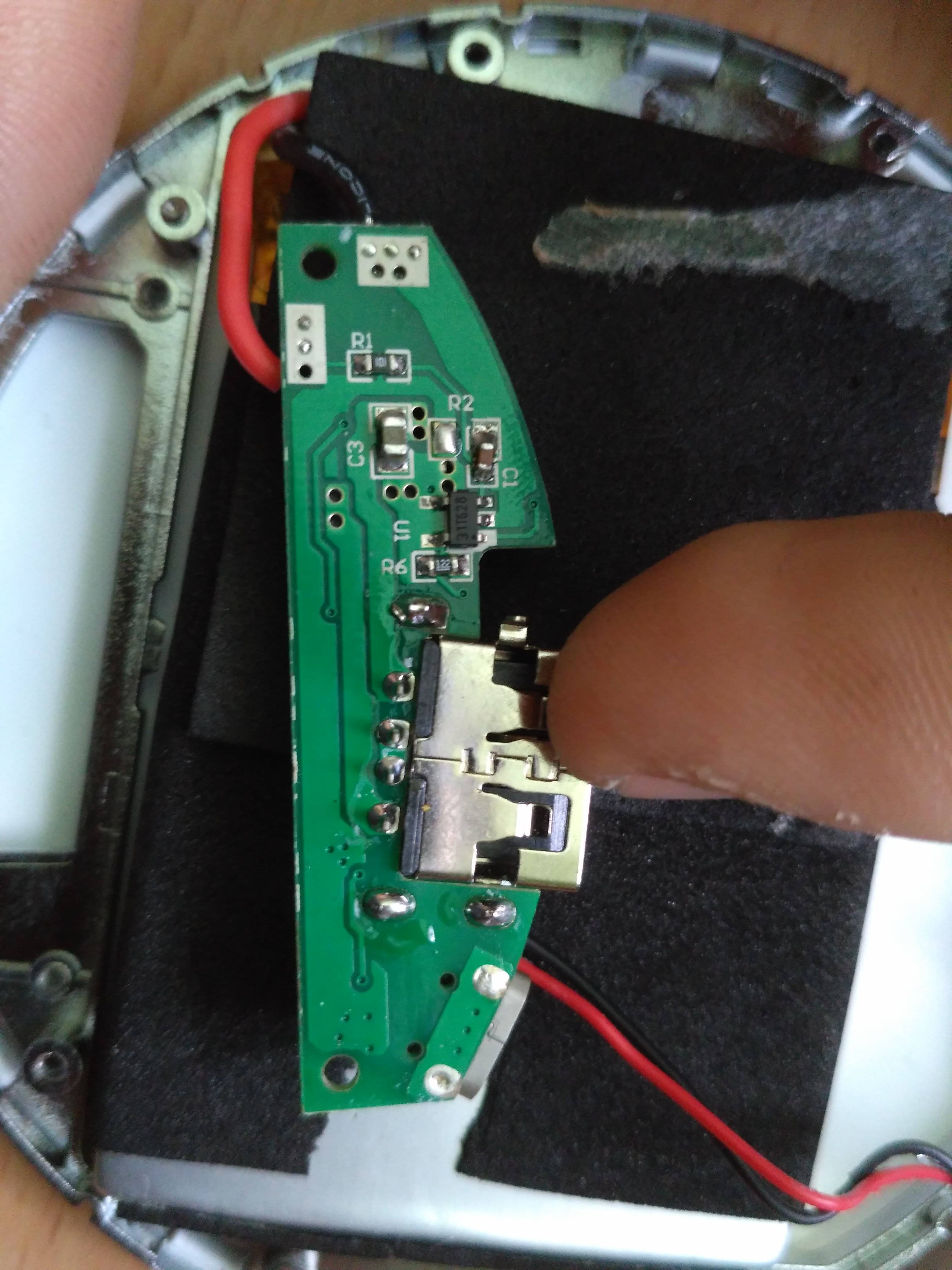 This here is the motor in question: 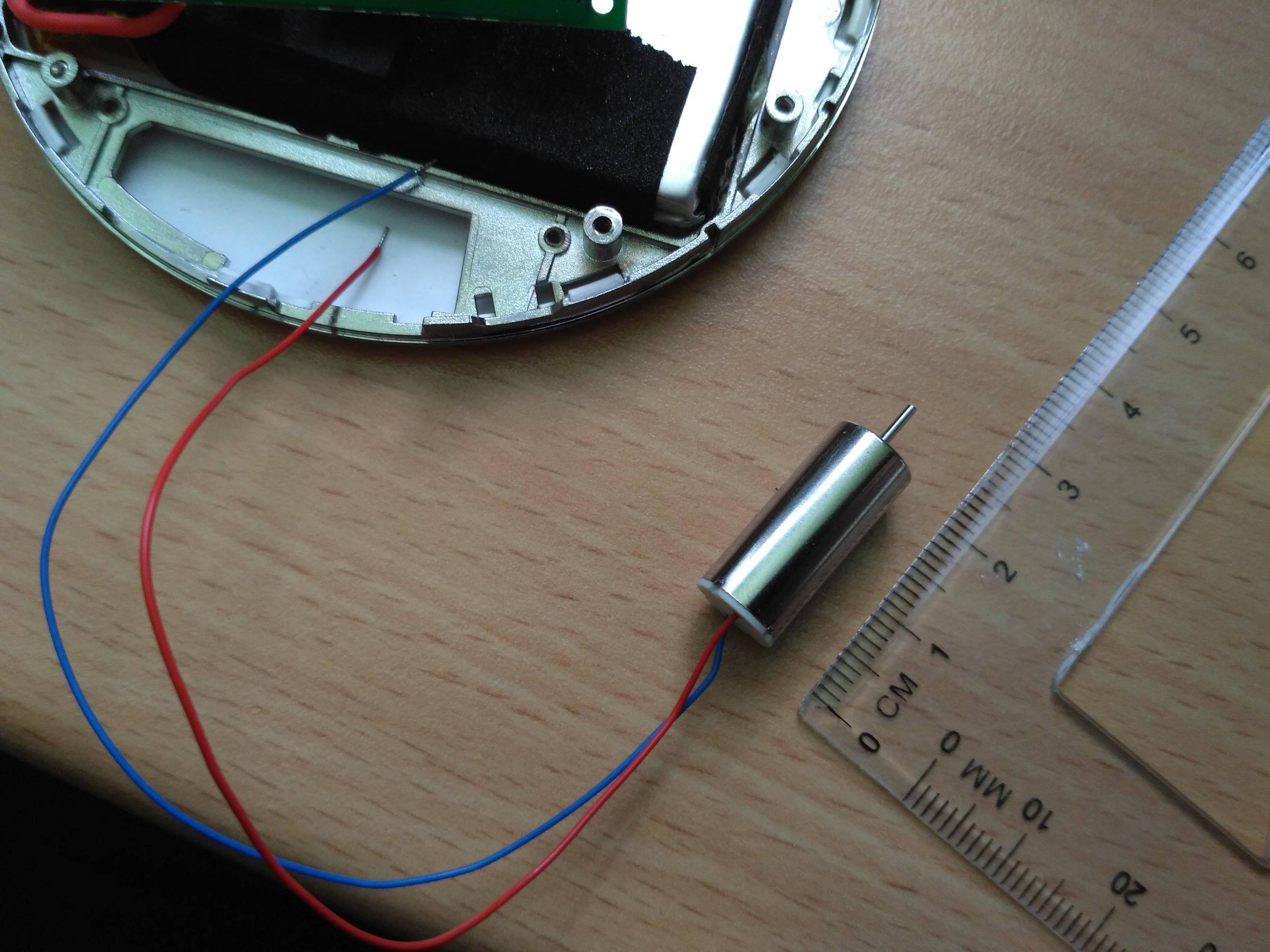 And this is how I connected the motor to the PB (I've tried both polarity directions). 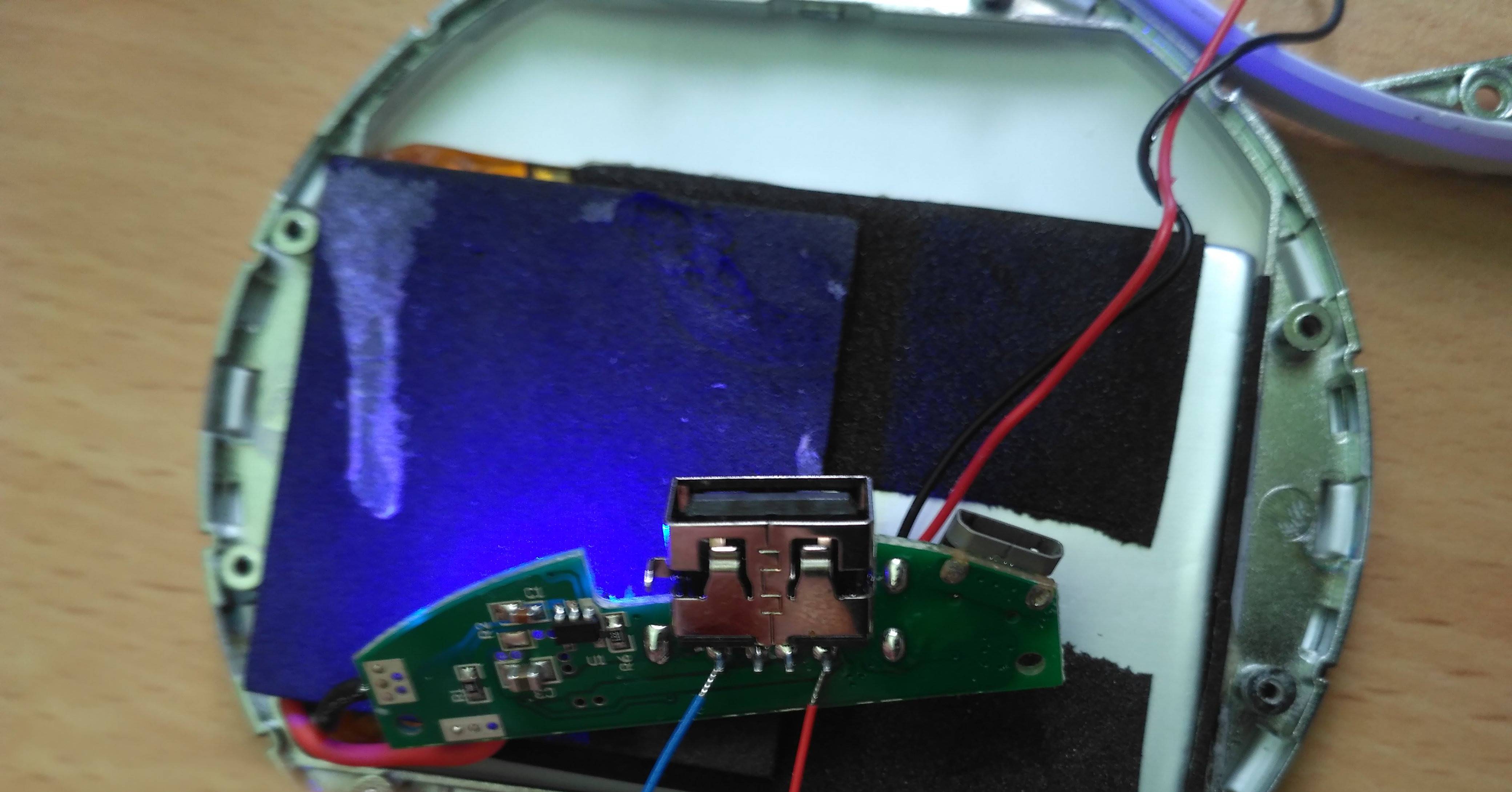 The blue light indicates that the PB is on. I suspect a part of the circuitry checks whether the PB is completing a circuit and only then turns on the PB (no idea how that might work). When I short those two USB contacts with my finger, the blue light turns on for cca. 10 seconds and then turns off. When I connect a DC voltmeter, it shows 5V, as advertised, and the blue light stays on for cca. 10 more seconds after the circuit is broken, exactly the same as with my finger. When I connect the motor, however, it spins for a fraction of a second (jerks, more likely) and then immediately stops. The blue light turns off immediately as well.

I've tested the resistance of the motor at standstill and it turns out to be around 0.8 Ohms. The PB is nearly fully charged (very recently charged & corresponding to the LED charge-information lights, which are all on).

I possess a very, very surface-level knowledge about brushed DC motors (and electronics in general), so I've come here for advice. Could this be caused by some sort of mechanism protecting the batteries from a reverted voltage (such as the back electromotive force generated by the motor)? I've also tried connecting a smaller, similar motor (including a propeller, salvaged from an old RC plane, I have no information about it though except its visual properties), and it spun without issues (it has 6.2 Ohms at standstill). Maybe the missing core has something to do with it? Anyway, I'm at a loss. Can anyone give me any hints about what could be going wrong? Thank you very much.

EDIT: I've tested the motor on a cellphone 3.7V battery (no controller) and it runs fine. Keeps going until I break the circuit.

Sometimes the USB port is enabled to deliver the 5 V voltage by a correct biasing of the d+ and d- contacts. Try to connect a cellular phone to the USB port and let your motor soldered to the pc board as in your last photo. It should spin correctly.

Not the answer you're looking for? Browse other questions tagged power-supply brushed-dc-motor or ask your own question.