Nodal Analysis is nothing more than applying KCL and is very powerful. I'm working on developing a more clearer perspective of two approaches in Nodal Analysis "GENERAL & FORMAT". Mesh Analysis is also quite powerful but my questions below are pertaining to Nodal Analysis.

The "General Approach" seems to be more extensive when it comes to factoring and simplifying equations into a form to later solve using simultaneous calculation. After studying the "Format Approach" I started to see a more clearer picture of what my equations were actually representing after the factoring and simplification steps. It was showing that the voltage at the node I was applying KCL too, was simply being multiplied by the sum of the conductance attached to that node.

QUESTION #1: Among the many methods used in solving for unknown currents and unknown voltages would I be theoretically correct in saying that the "Format Approach" is effective in most cases? If not could you explain?

I'm including an example here from my textbook to show the "Format Approach". 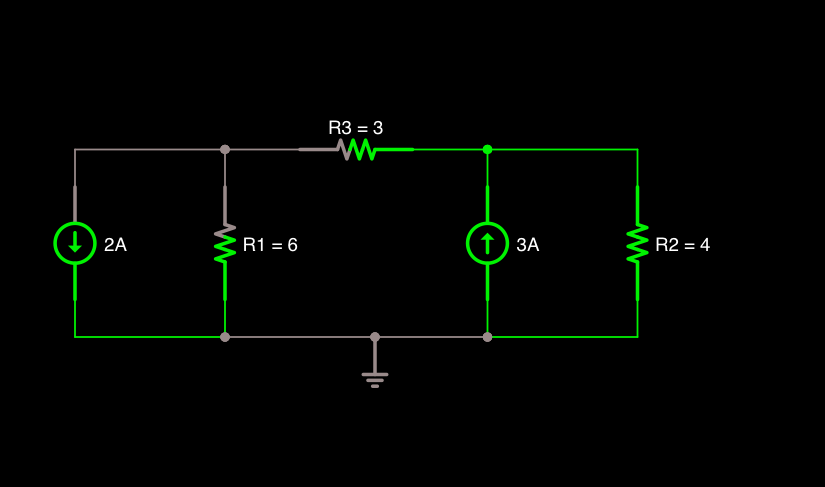 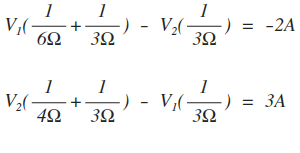 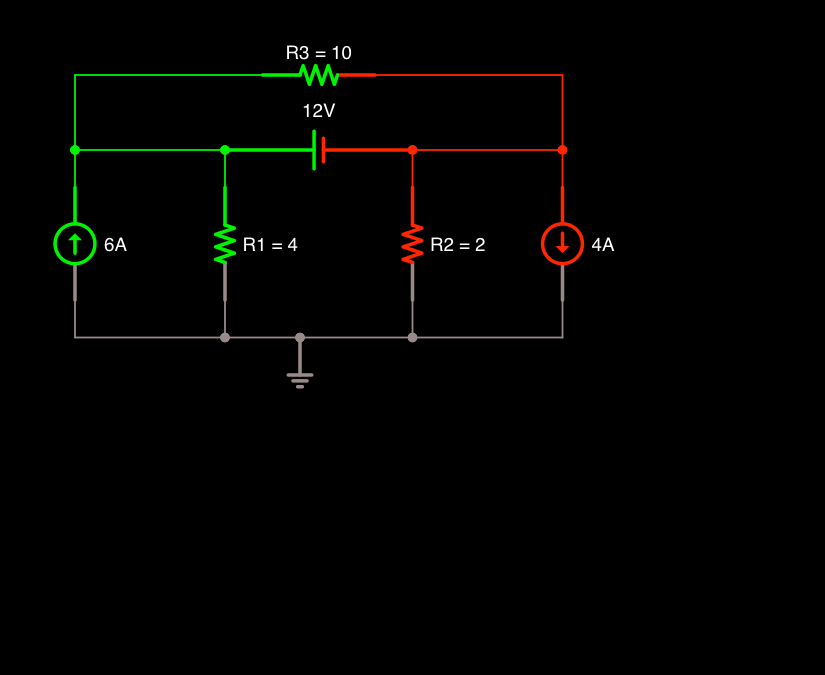 You can solve this circuit by more or less the same method you've given in the question; however you need to plug in one more equation (\$V_1=V_2+12\$) into the system and introduce an unknown current variable. So I'm not sure if we can call it a 'pure' nodal analysis.

This is what you've got to do:

I just can't figure out how to write the equation using the same approach as above.

You won't be able to because it's impossible.

You need two equations for the two unknown node voltage variables but you can only write one independent KCL equation in the two unknowns. This is done by treating the floating voltage source as a supernode.

(Note that current through R3 both enters and exits the supernode and so cancels out of the KCL equation).

You now have two independent equations for the two unknown node voltage variables.

Not the answer you're looking for? Browse other questions tagged current-source circuit-analysis or ask your own question.