can you help me identify these components?

I know this is a normal diode:

And this? (labelled V6 on the board - zeners also look like this)

Came out of a chicago electric flux wire welder. Feed motor control board. Made in china most likely as it is a harbor freight product. Not known to have any issues.

Pictures of the board front and back below, annotated. 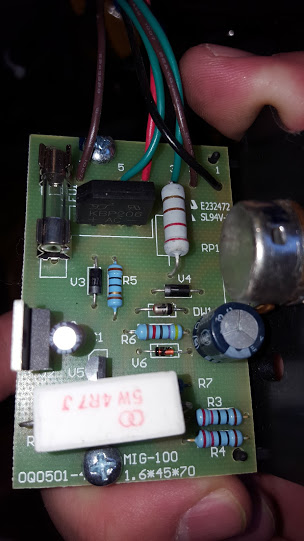 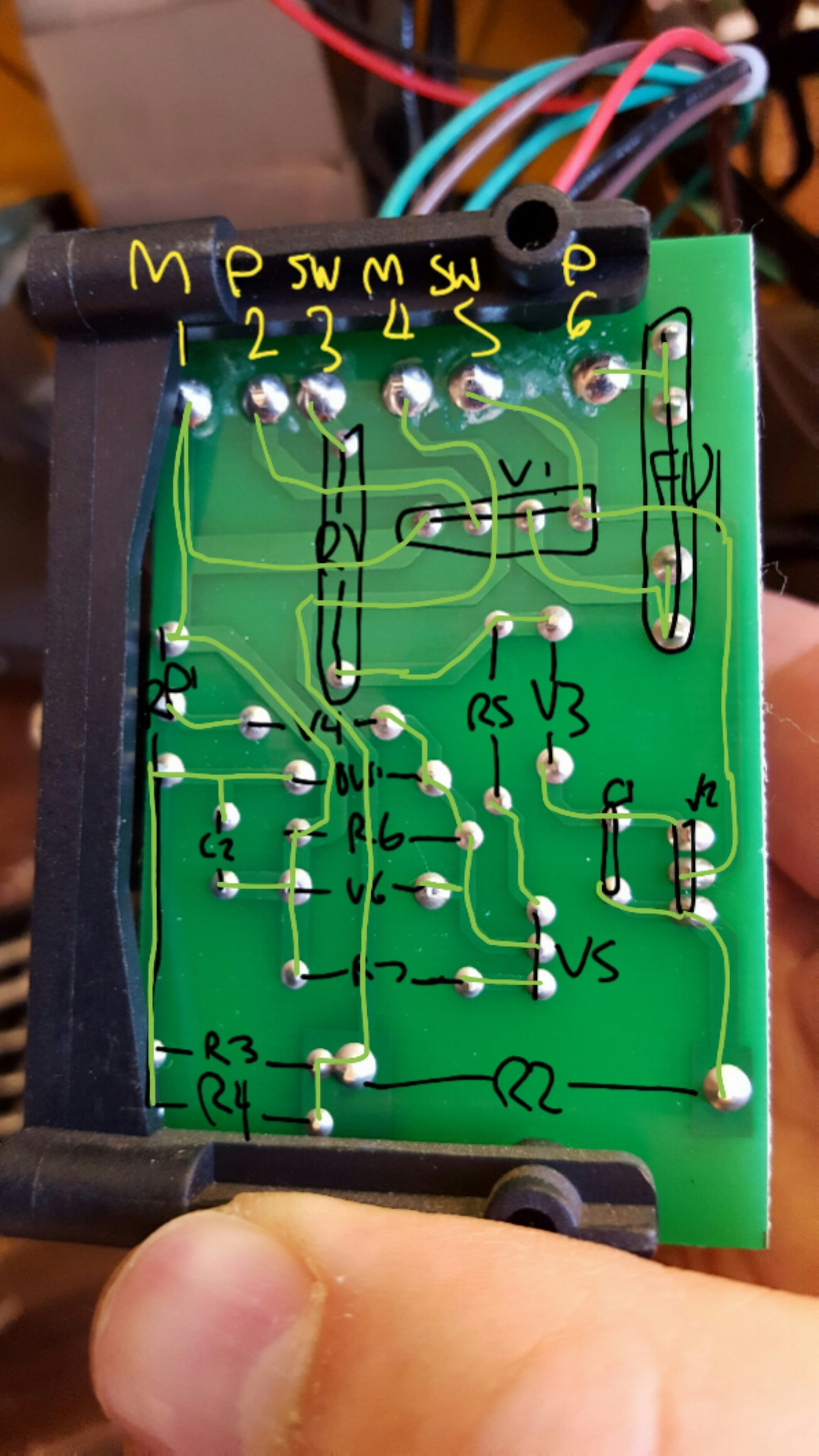 This is just a glass housing. It's (was, in pre-SMD times) pretty common for diodes. The fact that it's labeled "V" is a bit confusing.

personally, I tend towards the second. But: with more info on the purpose, we might say more.

But @Trevor made an important point: older techs tend to misname "diodes" with "varistor". My guess is that this is what happened here, since all your diodes are labeled V. So, V6 is some small-signal diode in a glass package. That's all we can possibly say about it. There's thousands of different diode types that were sold in glass packages.

Even the one three-pinned device V2 and V5 are labeled V – although every bet would be they're transistors. I'm frankly beginning to think the names on your board don't actually correlate with the type of component...

The marking on the board indicate it's a polarized component. The D might be a good indication it's also a diode.

Given there's a weak correlation between device type and letter used, it's probably just some specific diode. Again, without your own measurements, we can't guess much.

Not the answer you're looking for? Browse other questions tagged diodes components identification or ask your own question.