What's the role of capacitors in this circuit?

This is a followup from a previous question: Analysing signal unbalancing stage which was quite broad as it encompassed couple of things, but answer there pointed me in the right directions so I'm able to pursuit further.

However, one particular thing is still a mystery to me: 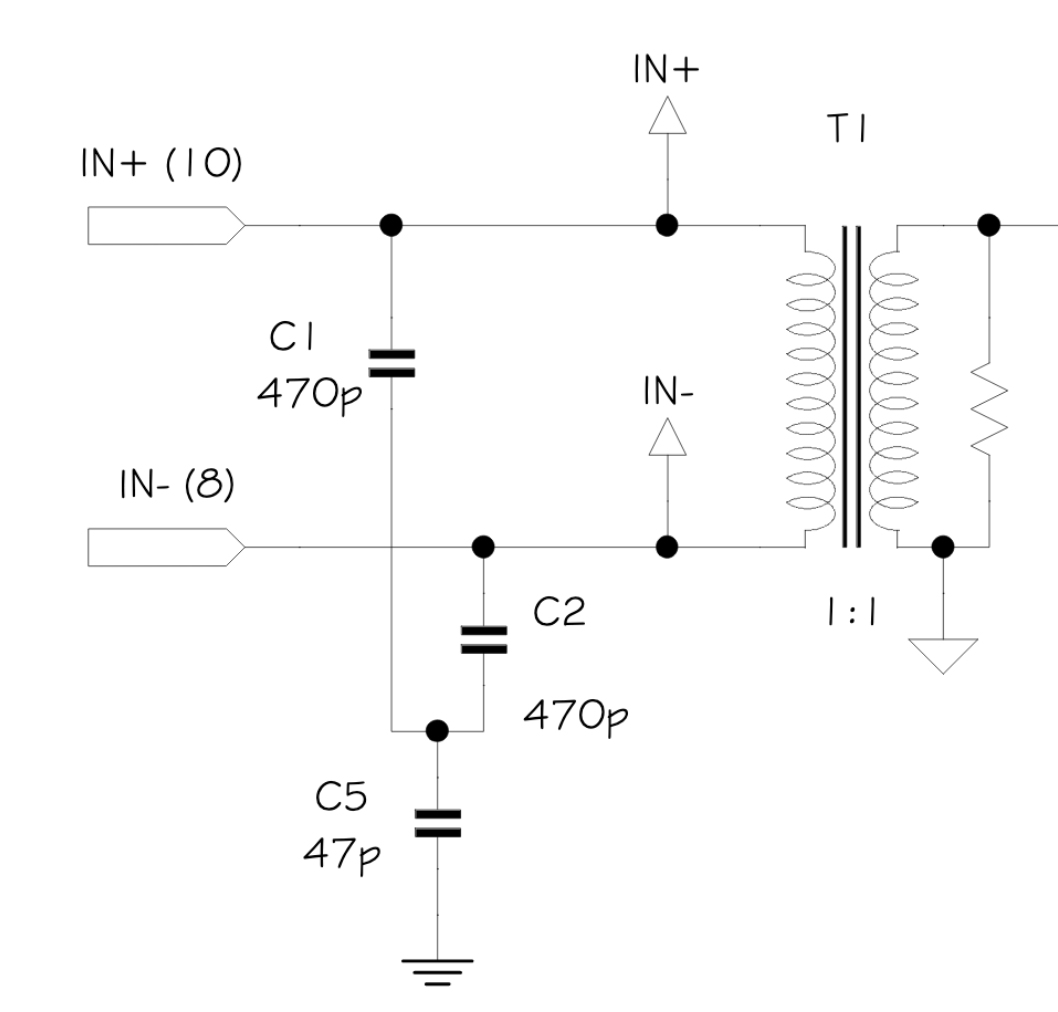 The In+ and In- are voltages of the balanced audio line signal (https://en.m.wikipedia.org/wiki/Line_level) - meaning 600Ohms impedance and +4dBu level. What's the role of the capacitors? The answer to previous question suggests it is to block RF signal, so how do that work?

As far as my knowledge goes, those caps provide hi-impedance path to ground for the audio signal (the combined reactance for both input lines would be around 42pF, which, for the audio range would provide reactance of 190M to 190K), so only the negligible amount of signal would go that path (not sure what reactance the transformer coils provide, but probably small compared to the caps). If we take it that it's supposed to act as a shield against RF, then what would be the theoretical basis for that and how would that work? The reactance for RF frequencies would be much lower so they'd be shorted? But isn't the noise cancelled anyway because In+ and In- are inverted polarity, so noise inducted along the cable is cancelled (we sense the voltage difference between those).

The schematic is here: https://www.soundskulptor.com/docs/la502-schematic-03.pdf

What's the role of the capacitors?

The two 470 pF are in series across the line so, ignoring the 47 pF capacitor, the two 470 pF act together as a single capacitor of value of 235 pF. This is commonly used and, it ensures that any RF pickup on the cable that might otherwise feed into the transformer (as a differential signal) is largely "shorted" to both lines.

That's what the two 470 pF capacitors do. That much is clear.

So, my belief is that the 47 pF could be an error of judgement on the designer's part but, without knowledge of the designer's intent, this is just a guess.

Another guess - the prevailing RF common mode noise on the input side is so high that the 47 pF reduces that noise by many, many decibels. In doing so, the CM noise coupled via the transformer interwinding capacitance (from primary to secondary) is reduced by a decent amount.

Here's how I see it:

If In+ and In- both jump up and down simultaneously (known as common-mode noise), common-mode current would equally would flow through capacitors C1/C2 AND C5 towards GND.

If no common-mode noise is present, but differential mode noise (flowing from In+ to In-) in a frequency much higher than the audio frequency (20Hz-20kHz), this noise is filtered through C1 and C2, but NOT C5.

Given the transformer T1, EVERYTHING on its input side is transferred to its output side, i.e. both the audio and the higher frequency differential mode noise. U1b is a single ended OP amp, with its input referenced to secondary GND. Hence common-mode noise and differential-mode noise from the primary side of T1 would be amplified as well.

Not the answer you're looking for? Browse other questions tagged capacitor rf audio noise or ask your own question.