What is the capacity of capacitors in this power supply circuit?

Imagine the following circuit with two capacitors and diodes acting as passive PFC. My question is what is the capacity of these two capacitors? I mean compared to a circuit with just a single capacitor. Some people say they are in series so their capacity is halved, but I am unable to understand it.

As an example: Let's have 230 VAC, so we want to get approximately 316 VDC from AC-DC converter. We could use a single 400 V capacitor, let's say we take 10 uF. Without PFC. Now, if we use two capacitors instead, 200 V and 10 uF each, and connect them to this PFC circuit, the result will be just like having a single 5 uF capcitor? If this is truth I must be missing something, because I expect the capacitors are charged to 10 uF each and then discharged in parallel, so their capacity is actually added and only voltage is halved.

The reason why I ask this question here is that I read a review of one ATX power supply and the reviewer wrote that it contains a pair of input filtering capacitors in series, so their capacity is halved and it is insufficient. But as it was a passive PFC power supply, I expect this valley fill filter to be used there and I'd like to know whether the statement on halving the capacity is then correct.

I may not be obvious on inspection, but this is a very clever circuit known as a "valley fill circuit". Here are a large number of examples of them - images are live linked to pages.

Importantly - the diodes are NOT just there for protection - they provide a current steering mechanism so that the capacitors charge in series from Vin and effectively discharge in parallel into the load. When Vin valls to Vin_max / 2 the capacitors provide current to the load and "fill in" the voltage valley.

To answer the specific questions:
- The capacitors are effectively in series when charged and the rules for series connected capacitors apply - so the effective capacitance is half what it would be if one capacitor was used - BUT the circuit needs two capacitors to work - see "Energy?" below.

The REASON that energy is halved and effective capacitance is halved is that energy stored increases with V^2. Halving the voltage per cap reduces energy to 1/4 of original and havfing 2 caps brings the total back to 50% of before. Saying that this is equivalent to a single cap of half the value just means that, as we saw, that a single cap of C/2 capacity would have stored the same energy if it had V placed across it.

This circuit is a voltage halver.
I have seen circuits that have 3 caps in series with steering diodes to reduce Vout to Vin/3 and you could notionally extend this to N stages.

Here is a 3 stage valley fill circuit from here . This seem a tad mind boggling at 1st glance but is very straight forward. The 3 caps are series connected with joining diodes such that the diodes conduct when the capacitors are to charge from Vin. The tops of all capacitors are all connected via diodes to output (cap +ve to diode Anode) (top cap directly to output) and the bottom of all caps have diodes to ground (cap -ve to diode cathode) (bottom cap direct to ground). Extention to more stages would be trivial - with diminishing returns as losses increase. 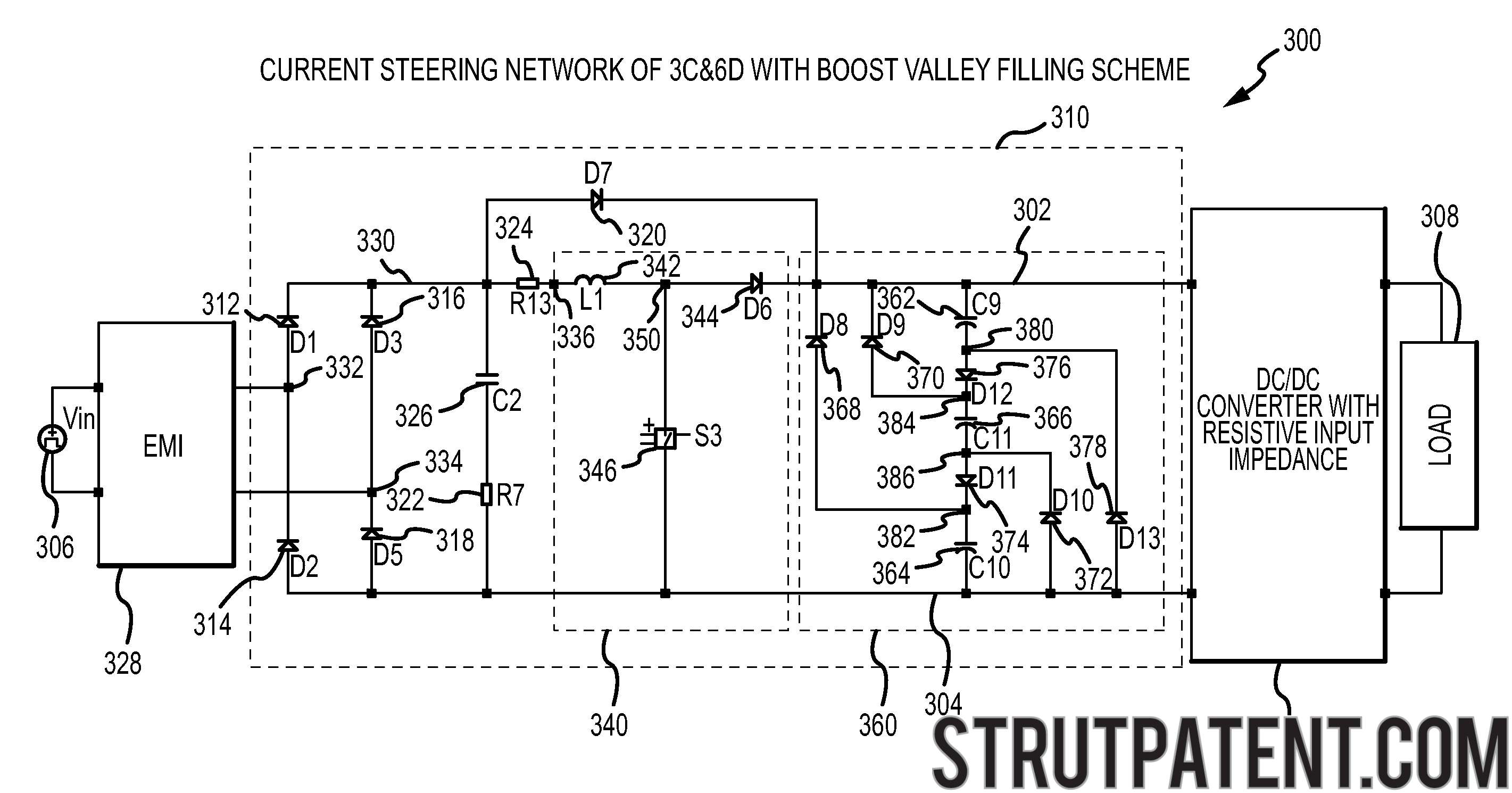 Not the answer you're looking for? Browse other questions tagged power-supply capacitor atx capacity power-factor-correction or ask your own question.

10
Serial capacitors in electronic ballast of a fluorescent lamp

2
What is the job of the capacitor in a 555 circuit?
5
Can two devices share a decoupling capacitor?
8
What do the capacitors on IN and OUT of an LM7805 voltage regulator?
1
Using capacitor to supply temporary surge
6
Are too high capacitance capacitors "bad" for the circuit?
1
How do the NEC Article 460 requirements apply to small capacitors mounted outside of equipment?
0
Can one of the capacitors in series get negative Voltage when discharging?
1
In an open circuit, are capacitors still in "series"
0
ATX Power supply and its protective features - not happy with motor as load?