I have a pwm driven DC motor control system with magnetic encoder that measures the output shaft speed and outputs the RPM values every 50ms over serial comms to plot a graph of RPM vs Time. The system is stepped from 0 to 10% of the maximum possible duty cycle initially and then after a period of time stepped again from 10% of the maximum to 20% of the maximum. I would now like to determine the parameters of the system from this graph - mainly the time constant, gain and time delay.

I'd like to know if I have the correct approach in obtaining the gain. I found this formula: 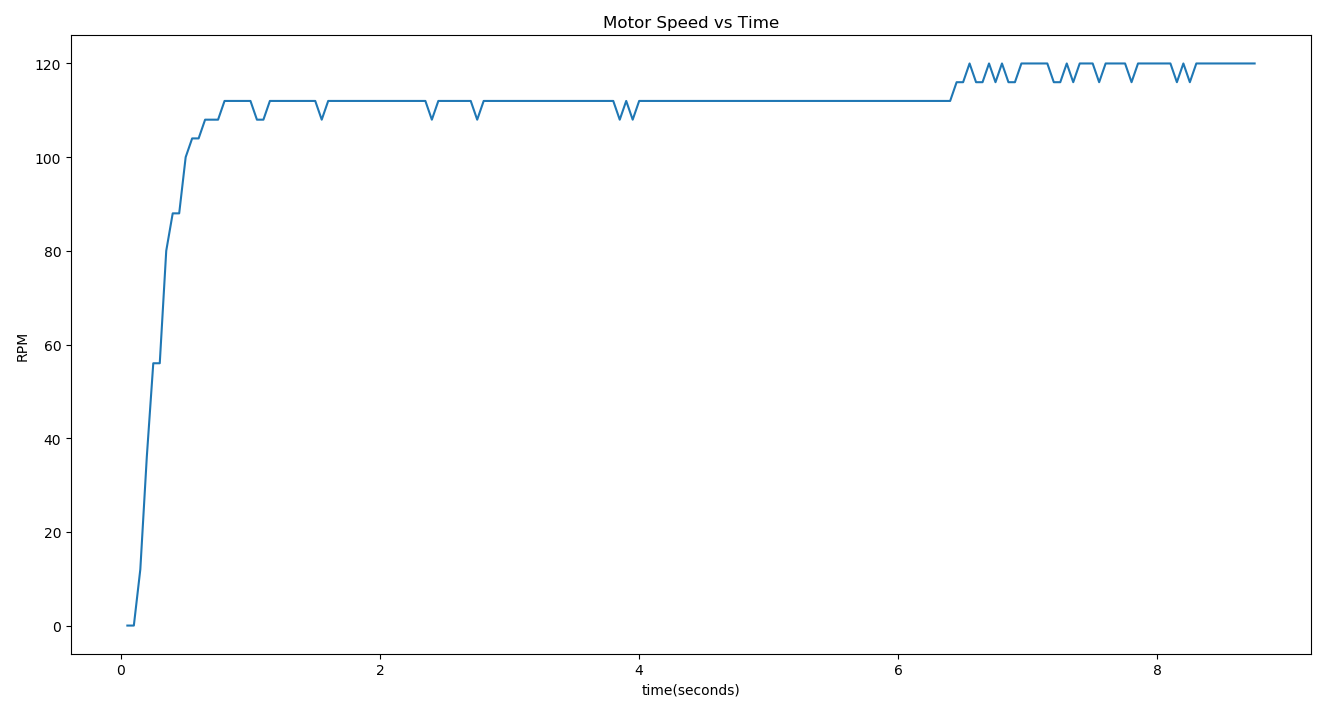 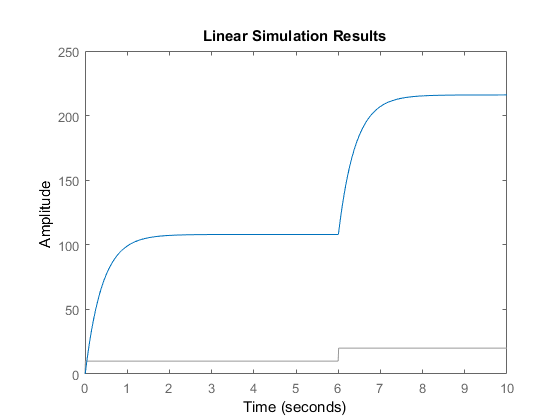 Yes. But for a system to have a single gain value requires a linear relationship between input and output. In that case, the gain is the difference in the output at steady state over the difference in the input, just as your formula describes. So the system gain, at least between 10% and 20% input, is 10.8 RPM per % duty.

Not the answer you're looking for? Browse other questions tagged control-system gain step-response or ask your own question.