Led on breadboard burned out why?

Please be kind as I am fairly new to electronics. Anyways, from what I read on multiple forums the rules are fairly straight forward, but I am puzzled as to why my led burnt out. So I connected the led with the resister and a 9V battery. My resister is 470 ohms. Led is 20 mAH with a 2v drop I think. Anyways, it was working fine with resister on breadboard going from the positive end of the led and then other end of resister going to the power (+) side of the breadboard. Then I went to see how I can make it different but still follow the same rules for my big project, which is multiple leds on an ugly sweater. Anyways, when I went to have a wire go from the positive end of the led to the power side of the breadboard and then placing the resister (both ends) on the power side of the breadboard, it burnt out my led for some reason. I want to know why this matters as it seems like it is still the exact same circuit. Also, as a side question, I can have as many leds as I want going to the resister but I lose time it will run on a single 9v battery right? 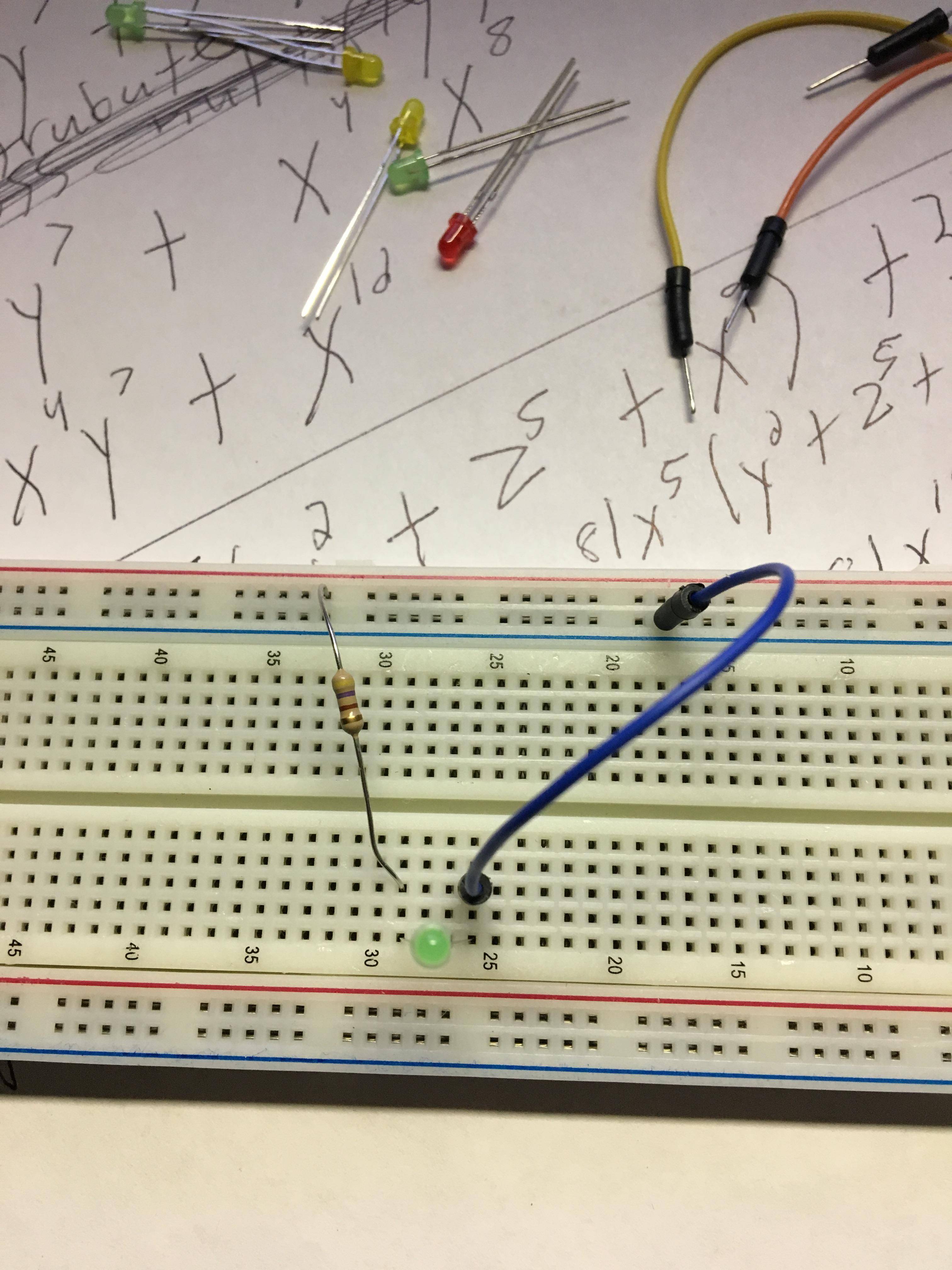 In your first photo the resistor is in series with the LED. This is correct.

In your second photo your resistor is inserted into two points on the same track. The track is bypassing the resistor with its own much lower resistance (almost zero in comparison) so there is no current limiting to the LED. It should be clear from Figure 1b that you have applied 9 V directly across the LED.

The red and blue lines on the edge of the board indicate that those strips are continuous. 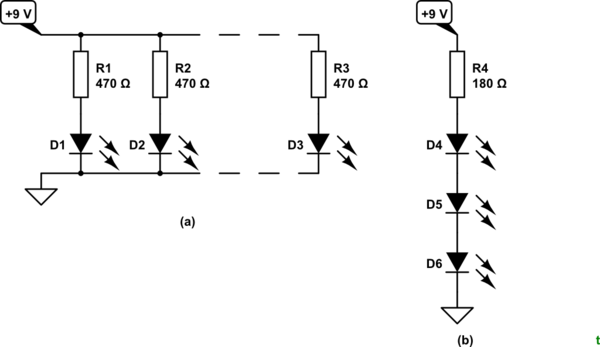 You can extend your battery life by wiring your LEDs in strings of three. The same current can then light up three LEDs rather than one so your battery will last three times longer.

Not the answer you're looking for? Browse other questions tagged led batteries breadboard or ask your own question.

4
Need comments and ideas for LED flashlight project
5
Will these LEDs work for throwies?
6
Using multiple resistors on a breadboard to limit voltage to LED
1
LED circuit is draining AA batteries REALLY fast
0
Breadboard 9V Output vs 9V Battery
2
How does my breadboard circuit diagram look? Is my circuit going to explode?
3
Bicolor LED circuit help needed
2
How does this LED last this long?