How to obtain a high precision mV signal within a specific interval using a variable resistor?

I want to design a circuit which outputs a signal ranging from 0-70 mV using a variable resistor ranging from 80.51 Ohm - 183.05 Ohm and a supply voltage of 12 V. My idea so far has been to make a wheatstone bridge differential amplifier using an instrumentation amplifier with unity gain to subtract a constant offset voltage from the varying input signal. From what I have read, an in-amp is much more preferred than using a single op-amp because of its improved CMMR. I am not sure if it is superior with only unity gain, though.

As seen in the image, I tried drawing this circuit in LTSpice using LT1168 as In-amp. R42 would be the variable resistance, and it will be located on a separate PCA from the rest of the components. Hence, I fear more noise might be picked up on the positive input. I calculated that R43 would either need to be 17313.87 Ohm or 0.85 Ohm i.o.t. have 70 mV difference between the two edge cases for R42. I thought it would be better to go for the first option so as to limit the power dissipation over the resistors.

When simulating, however, I only get 500-600 mV as output for any of the cases. It must be said that I am a beginner to LTspice, so I am not sure how accurate the simulation is, but it still gets me concerned. Will it be impossible to achieve such low voltages using this method, assuming that 0.1% resistors and suitable filtering are used? I would gladly accept suggestions for alternative ways of solving the problem as well as any advice for attenuating as much noise as possible. 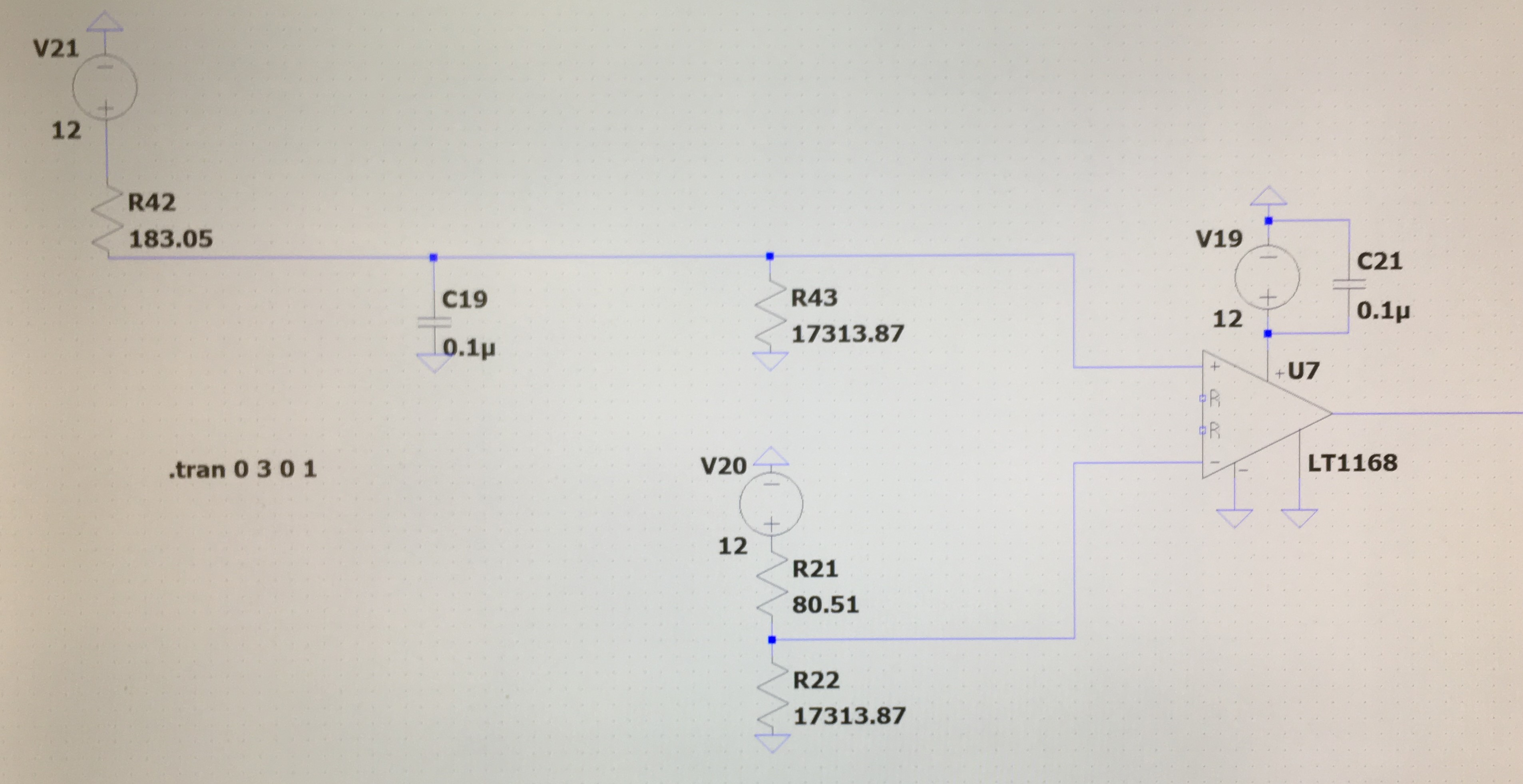 You have to keep the inputs within the input common mode range.

Typically with an instrumentation amplifier that depends on the gain as well since there are internal nodes that can saturate for some designs, however in this case the manufacturer lists the range for G=1 as +1.9V to 12V-1.4V = 10.6V. Obviously your inputs are both within a couple hundred mV of 12V so this won't work.

It will be easier if you can ground one side of the low resistances and use bipolar supplies such as +12/-5V.

As to an instrumentation amplifier having an advantage, that depends on whether you expect significant common mode voltages to be present and if said voltages are varying. In a typical Pt100 RTD signal conditioner (which this sounds like it is, maybe I'm guessing wrong) that's usually not true since the reference half of the bridge is local to the amplifier. A simple non-inverting op-amp amplifier would be fine in that case.

Noise from the circuit can be minimized by using low resistances (reducing the Johnson-Nyquist noise) and using a low noise op-amp or in-amp. Noise from external sources is typically attenuated by using a filter in front of the amplifier input, which might be a simple RC low-pass or something more sophisticated. In most of the situations I run into (but not all) you can almost ignore the internal circuit noise since external noise is much more significant.

Not the answer you're looking for? Browse other questions tagged amplifier differential wheatstone-bridge instrumentation precision or ask your own question.