In my application, the devices' datasheet (a CCD chip) suggests buffering the output, like in Fig. 2. That is the same as the "classic" CC above, with the notable exception of the 130 Ohm resistor.

What is it used for? The one thing I can think of is to help with biasing, but how will that affect the equations given in Wikipedia?

Bonus question: How much non-linearity can be expected from a CC, roughly speaking?
Let's say the CCD's Vout (before the CC buffer) ranges from 0 - 12V. 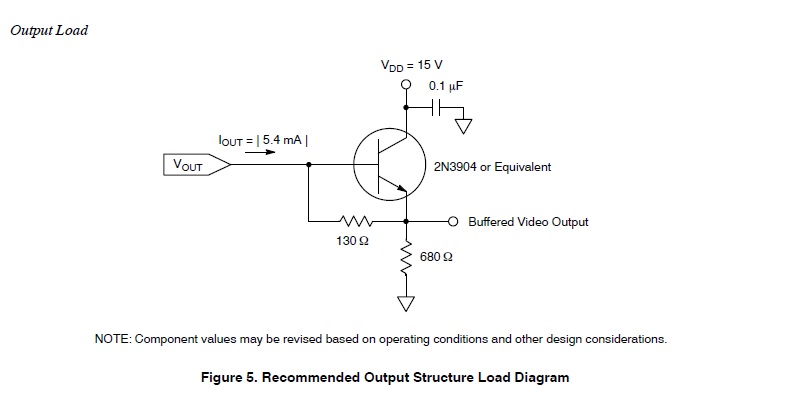 I think the purpose of this \$130\Omega\$ resistor is to set a rough threshold for the turn on point of the bipolar transistor. 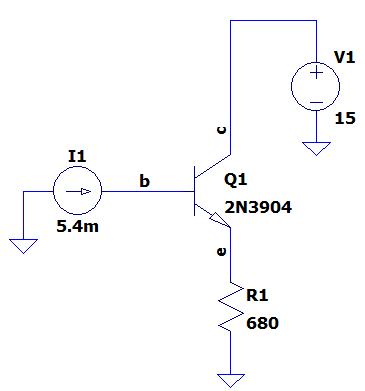 A vary small base current suffices already to turn on the bipolar, and if it is large enough it will drive the NPN into saturartion, meaning:

Then, the base voltage can be calculated

Now if you add a base-emitter resistor, things change a bit. You now have a resistor bypassing the base-emitter diode, meaning that as long its voltage is smaller than \$V_{BE}\$ of the transistor very little current will flow through it.

As you increase the base current the voltage drop across the resistor \$130\Omega\$ starts to increase, and if it is high enough it will turn on the transistor and drive it into saturation. So basically it is there to set a threshold current for turning it on. The \$130\Omega\$ probably was chosen according to the following: 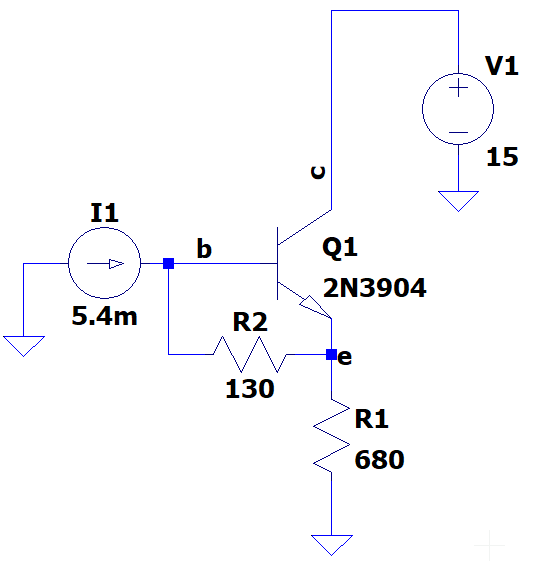 Here is a small simulation of the above circuit, where the x-axis represents the current source driving the transistor: 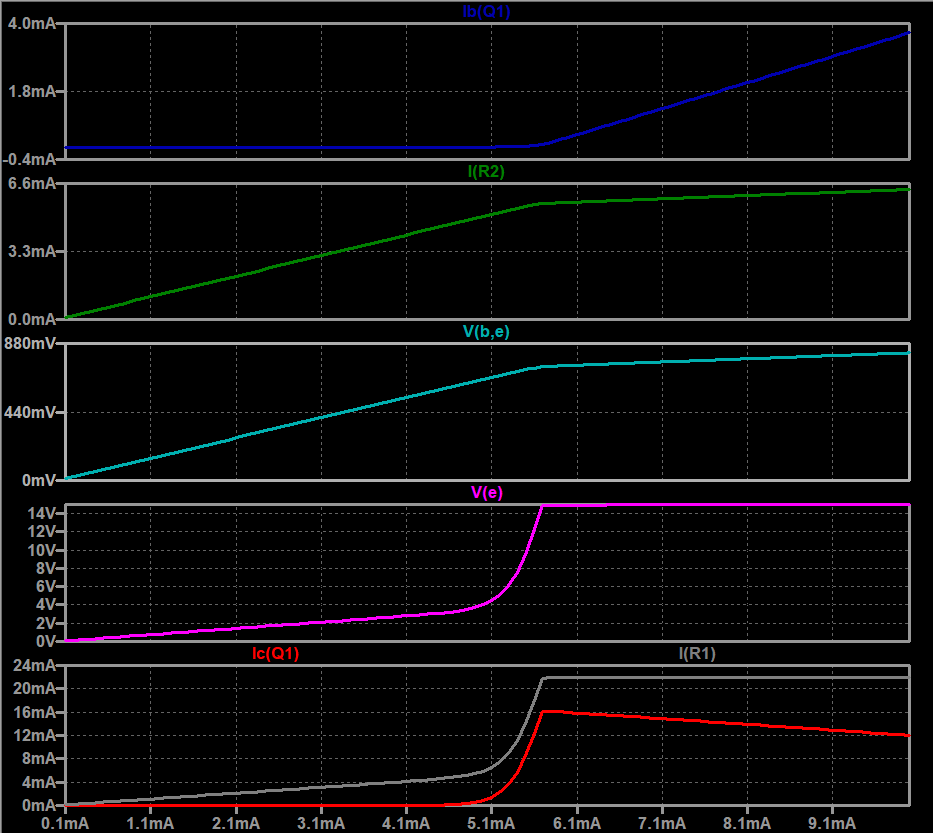 How were the resistors' values chosen?

Does the Iout of 5.4mA indicate it is acting as a constant current sink?

My Theory of Operation

Op Amps may have a big problem with up to 159MHz signal bandwidth (Table 6) with phase shift 1st , amplitude 2nd. - But possible but not suggested. 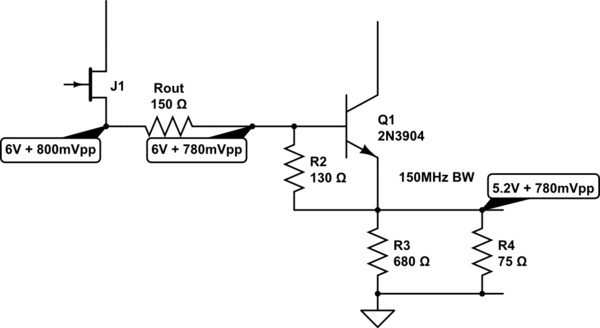 The output swing might only <650mV not 780mV for monochrome and less on certain colors.