I'll give a background to my main question:-

In a simple NMOS as shown, while constructing the small signal model of the MOSFET, when there is no resistance between Vdd and drain, NMOS is modeled only as a current source with id = gm*vin. 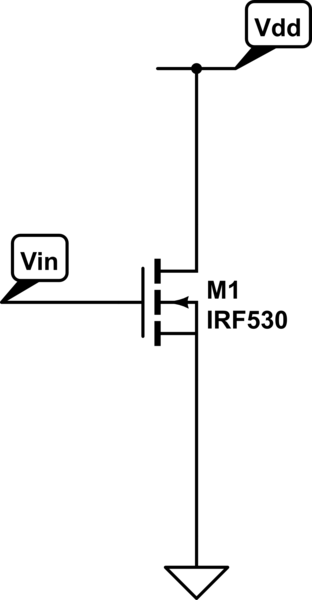 But now, when we put Rd, the drain voltage now also varies as

Now, because of this variation in Vd, an ro is introduced in the small signal model.

Now, in a cascode amplifier such as this:- 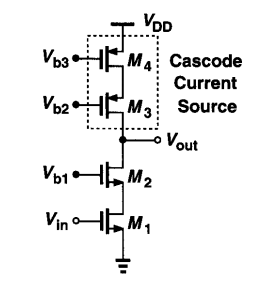 Hence, what I think is that modelling M4 with and r04 in its small signal model wouldn't be correct.

And why would you think that? Isn't the \$r_o\$ of a MOSFET part of the MOSFET's small signal behavior?

Indeed there is no physical (drain) resistor present. But does there need to be?

Let's take some steps back and determine the small signal equivalent circuits for some configurations, for simplicity I'm using the non-cascoded versions: 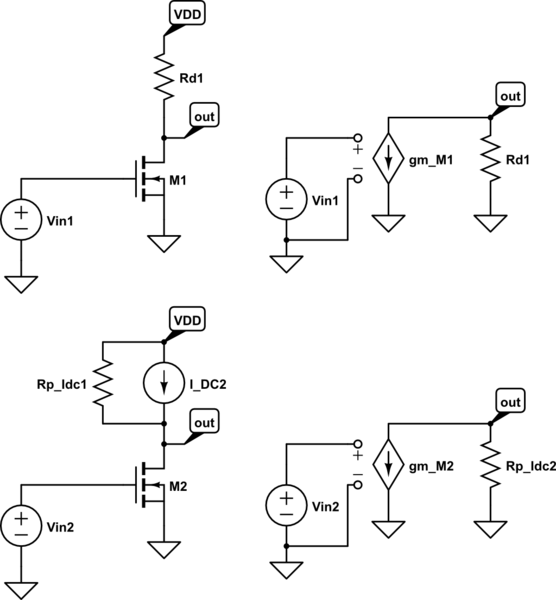 To the right of M2's circuit is the equivalent small signal model. Note how Rd_Idc2 takes the same place as the "real" resistor Rd1 in the schematic around M1.

Now look at the 4 transistor schematic from your question, it says that M3 and M4 are a current source. Since these are transistors they will not behave as an ideal current source. So the same thing that I did for my circuit with M2 applies, if I know the output impedance of that (cascoded) current source together with gm of M1 (from your circuit) then I can calculate the small signal gain.

So, split the problem in two, use small signal analysis to determine the output impedance of M1 + M2 (from your circuit, where M2 is the cascode). How to calculate this will be explained in your textbook. The same applies for M3 + M4, with the only difference that no signal is applied at the gates.

Not the answer you're looking for? Browse other questions tagged mosfet amplifier cmos gain cascode or ask your own question.