I'm working on a PCB with a USB 3.0 controller (TUSB7320, Texas Instruments) with SuperSpeed signals and High Speed Signals. There are some specific requirements about impedance and length matching. Until here all ok, but I have requested a budget for the PCB control impedance manufacturing, and a "problem" appears. The manufacturer tells to me that I have to minimize the places where the impedance traces are not controlled: vias and accordions. How can i minimize the impedance on that places? 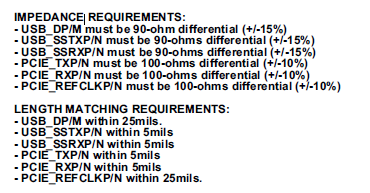 I have other problem: the 3W rule by Texas Instruments. They recommend 3 times the trace width between trace center and trace center, until here all ok. But, to reach the impedance profiles (100 or 90 ohm) I have to make bigger the width of the traces, reaching 0.22 mm or 0.2 mm. Have i to introduce 0.6 mm or 0.66 mm between this traces and nearby traces? Which rules are stronger?

EDIT: I add images about my design. 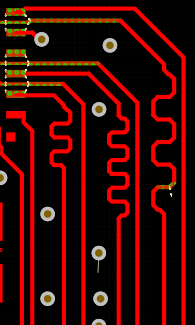 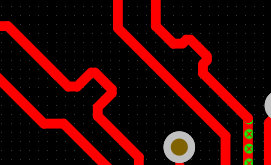 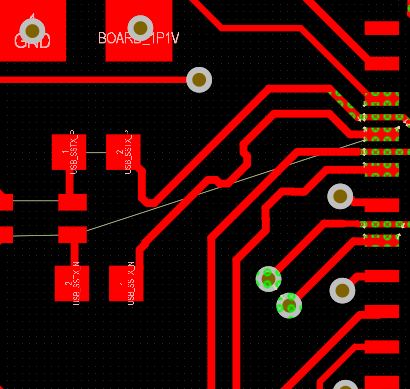 A via presents a short section of change in geometry to a trace and can appear as a capacitive and/or an inductived iscontinuity. These discontinuities result in reflections and some degradation of a signal as it travels through the via. Reduce the overall via stub length to minimize the negative impacts of vias (and associated via stubs).

Because longer via stubs resonate at lower frequencies and increase insertion loss, keep these stubs as short as possible. In most cases, the stub portion of the via present significantly more signal degradation than the signal portion of the via. TI recommends keeping via stubs to less than 15 mils. Longer stubs must be back-drilled. 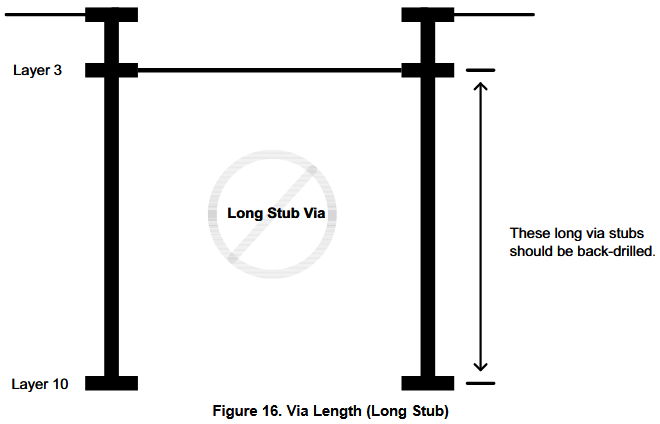 Also see the entire rest of this document.

The 3W rule applies only to the distance between a single-ended signal and other, unrelated traces. The two traces of a differential signal should be near each other.

And for differential signals, there is a 5W rule, and adjacent clock signals require an even higher distance:

Not the answer you're looking for? Browse other questions tagged pcb-design impedance-matching length-matching spacing or ask your own question.